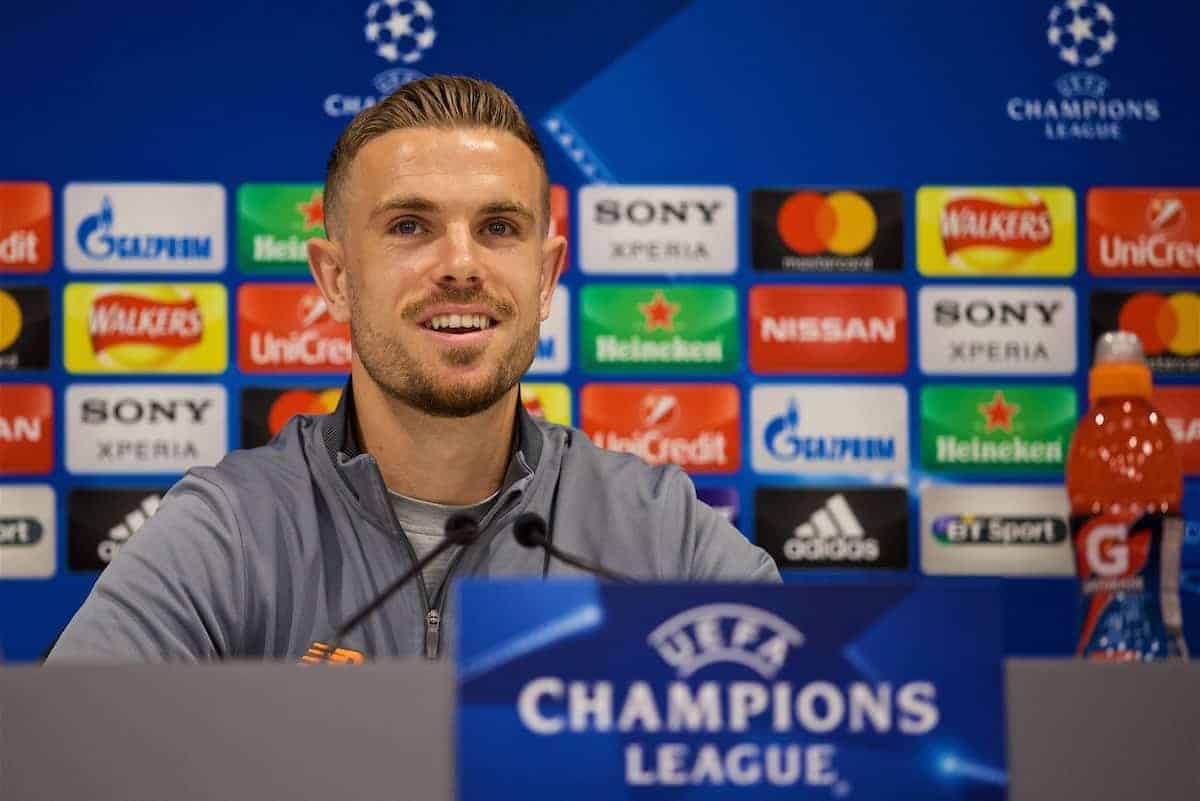 Jordan Henderson has welcomed the challenge of a Champions League semi-final as Liverpool prepare to host AS Roma at Anfield on Tuesday night.

The Reds have produced an exceptional European campaign so far, beating Hoffenheim in the playoffs before topping a group including Sevilla, Spartak Moscow and Maribor.

Porto and Man City were both dispatched of in the knockout stages, with Roma the next contender as Jurgen Klopp‘s side bid for a place in the final for the first time since 2007.

Speaking at Anfield ahead of the first-leg clash, Henderson cut a confident figure, but stressed the need for focus.

“We’ve done so well this season to get here to this stage, we’ve just got to keep going, keep working hard,” he told reporters.

“It will be a different game [to the quarter-final against City] obviously, they’ll maybe ask different questions.

“But we’ve played a lot of good sides in Europe this season and we’ve [done] well so far.” Henderson then explained the impact of the Anfield atmosphere, saying “it gives us a great lift as a team,” and hailed Klopp as “one of the best managers in the world.”

“He’s a fantastic manager, always keeps you on your toes, looks for more, pushes you to improve. Everybody in the squad feels privileged to work with him,” he added.

Klopp has already been in the dugout for one Champions League final, when Borussia Dortmund lost to Bayern Munich back in 2013.

This time around he will be hoping to go one better, with Henderson determined to lift the sixth European Cup in Liverpool’s storied history.