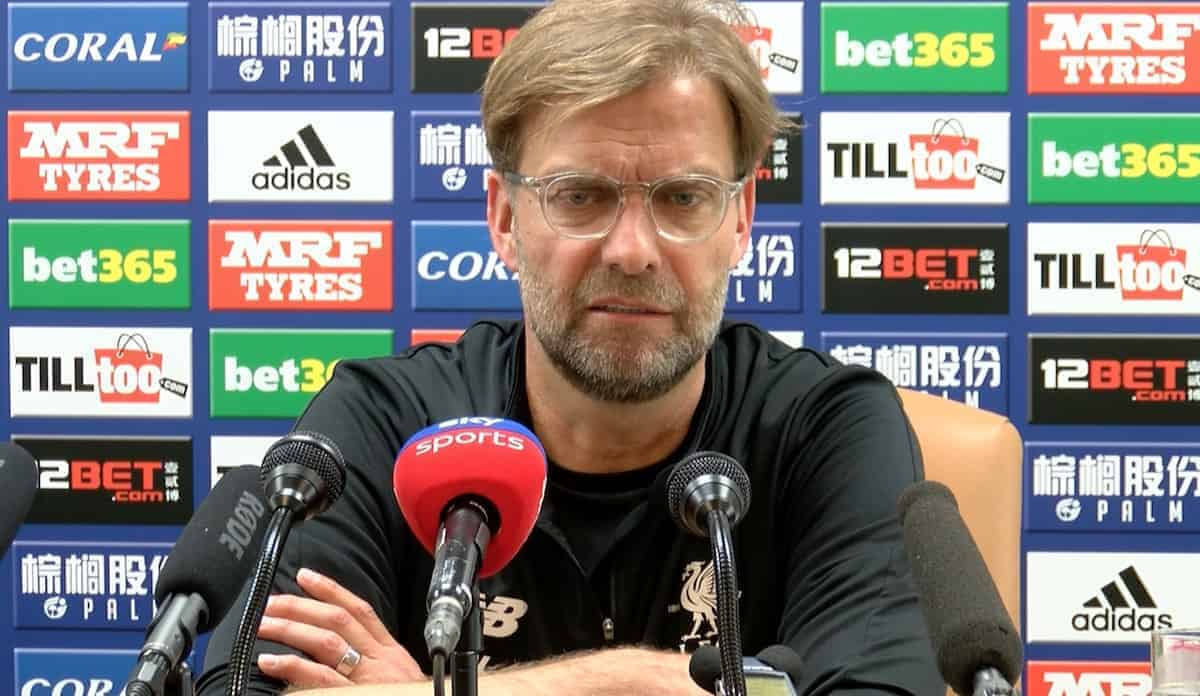 Jurgen Klopp was left frustrated after Liverpool were held to a 2-2 draw away to West Brom on Saturday, in a disappointing collapse on the road.

After their comfortable 3-0 win over Bournemouth at Anfield last weekend, the Reds crumbled in their lunchtime clash with Darren Moore’s relegation favourites.

Having gone two goals ahead through Danny Ings‘ first in 930 days and Mohamed Salah‘s record 31st in the Premier League, Klopp’s side allowed Jake Livermore and Salomon Rondon to restore parity.

Speaking after the stalemate at the Hawthorns, Klopp insisted his side had not taken their foot off the gas but rued the Baggies’ familiar comeback, saying “now we have to take it.”

“We knew each set-piece can be a real threat, and then it happened. The first goal was after a corner.

“I didn’t see it a second time but it looked similar to our first goal—bam, bam, bam and scored from a short distance.

“The second goal was no foul; [there were] plenty of free-kicks for West Brom in different situations.

“That was not a foul but it was the best position they could get for what they are strong at. Then they scored the second. Now we have to take it.” Klopp also discussed his five changes and Ings’ goal after a difficult two-and-a-half years, explaining that “it was a very nice game for him, for sure.”

The Reds are next in action on Tuesday night for their crucial Champions League semi-final first-leg clash with AS Roma at Anfield.

With a sixth European Cup in sight, Klopp will be hoping for a much better display from his full-strength selection when they take on their Serie A challengers.