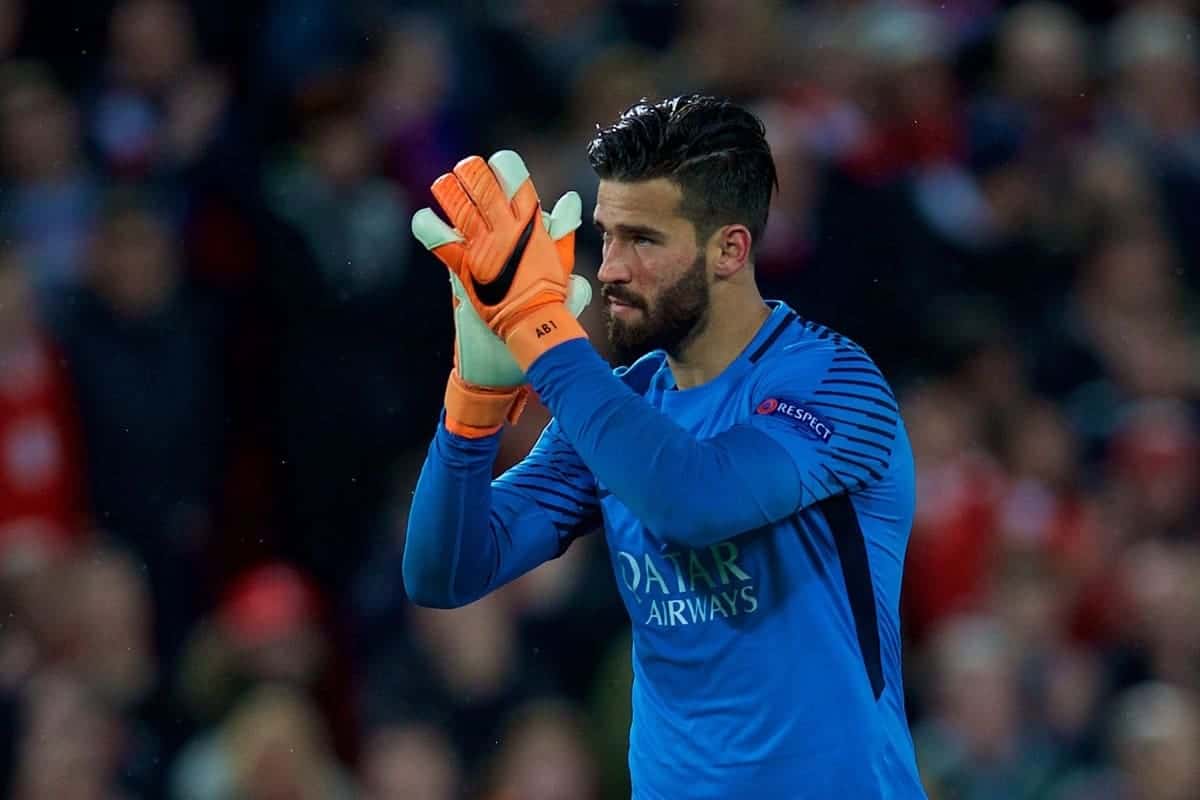 Roma are set to play hardball over interest in Brazil goalkeeper Alisson this summer, valuing the Liverpool target at around £79 million.

Alisson has been touted with a move to Merseyside since the turn of the year, with speculation intensifying in the wake of Loris Karius‘ error-strewn display in the Champions League final.

Though calls for Karius’ head after his two fumbles in Kyiv are decidedly reactionary, the Reds have been credited with interest in Roma’s No. 1 by a host of reputable sources.

However, so far there has been little hope of persuading the Serie A outfit to part ways with their stopper, with director of football Monchi consistently clear that they don’t wish to sell.

Given Monchi’s reputation as a master renovator, however, there has remained a belief that Roma would ultimately sanction a departure for the right price.

According to the Guardian this has been set at around £79 million, though Roma won’t do business “until at least after the World Cup.”

Real Madrid are also said to be pursuing the 25-year-old, who has established himself as one of Europe’s leading goalkeepers since taking over from Wojciech Szczesny this season.

Crucially it is claimed that Liverpool “have yet to make an official approach for Alisson but have contacted Roma in regards to his availability.”

The suggestion that this comes “in the wake” of Karius’ poor display against Real seems to infer that Klopp has made up his mind based on 40 minutes of football, but that is unlikely.

However there is little denying that, if Alisson were to be made available, Liverpool have a big opportunity to box off the goalkeeping position for the long term.

Karius performed well since taking over from Simon Mignolet around the same time that links with Alisson initially emerged, but his collapse in the final has raised concerns over his character.

Whether he can recover from such a blow to his confidence remains to be seen, with the German inconsolable after the final whistle as he approached the travelling Kop.

“I’m infinitely sorry to my team-mates, for you fans, and for all the staff. I know that I messed it up with the two mistakes and let you all down,” he wrote on Twitter on Sunday.

The 24-year-old did vow to “come back stronger,” suggesting that he was not ready to throw in the towel.

If Liverpool did opt to twist rather than stick, signing Alisson would require their club-record outlay to be broken for the second time this year, following Virgil van Dijk‘s £75 million switch from Southampton.