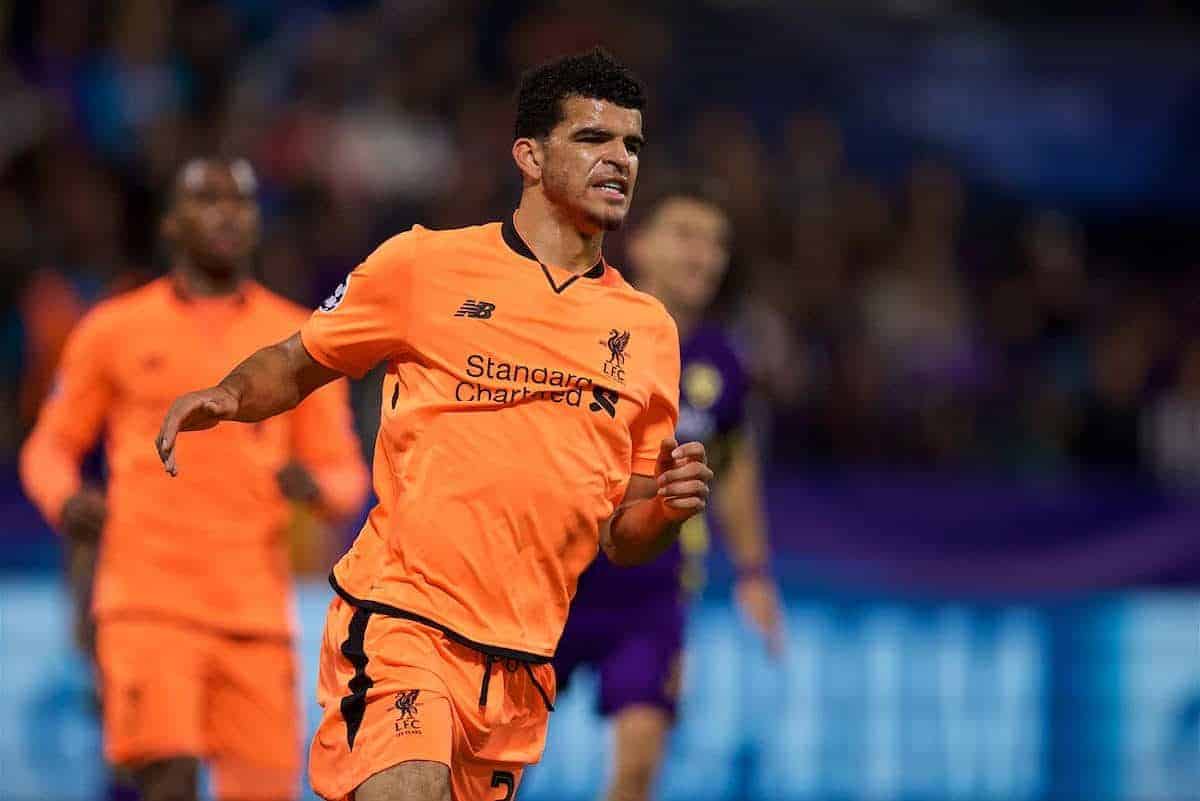 Dominic Solanke watched the Champions League final from home the last time his club qualified but this time around he will have a front-row seat in Kyiv.

Solanke was a 14-year-old in the youth ranks at Chelsea when Roberto di Matteo’s side beat Bayern Munich on penalties in 2012.

A move to Anfield last summer has brought the first-team exposure he did not get at Stamford Bridge and while he will be on the bench for the clash against Real Madrid in the Olimpiyskiy National Sports Complex it represents a considerable step forward.

“The Champions League is one of the biggest competitions in the world and to win it is amazing.

“Back then I saw how much it meant to everyone so hopefully we can get it here too.

“I felt part of it at Chelsea. So much emotion when you win a cup like that so the year after, everyone was still buzzing so I’m looking forward to feeling that here.

“I want a taste of that again definitely.

“It’s one game so anything can happen in a game of football, You have to go there knowing it’s a tough game, but we have to be confident.” Solanke’s own confidence has been boosted by scoring his first senior goal in the victory over Brighton on the final day of the Premier League.

It has even allowed him to dream about netting the winner in Ukraine.

“It’s always nice to get your first goal. I had to wait a bit longer than I wanted, but I was delighted after that,” he added.

“It’s always difficult as a striker when you haven’t scored for a while and frustrating, but you just have to keep going, stay confident and when the goal comes, to maintain it.

“Of course I’ve been thinking about getting the winning goal in Kyiv, that’s the dream.” Solanke has been watching Mohamed Salah, Roberto Firmino and Sadio Mane at close-quarters this season but also picked up some tips for some of the greats at his former club.

“When I was at Chelsea, Drogba was one of my favourites, Torres as well,” he said.

“They were amazing especially in their prime. I trained with Drogba quite a lot and he helped me, he’s a good guy and gave me advice.

“When he saw me on the pitch doing something and I could do it better, he would tell me.”