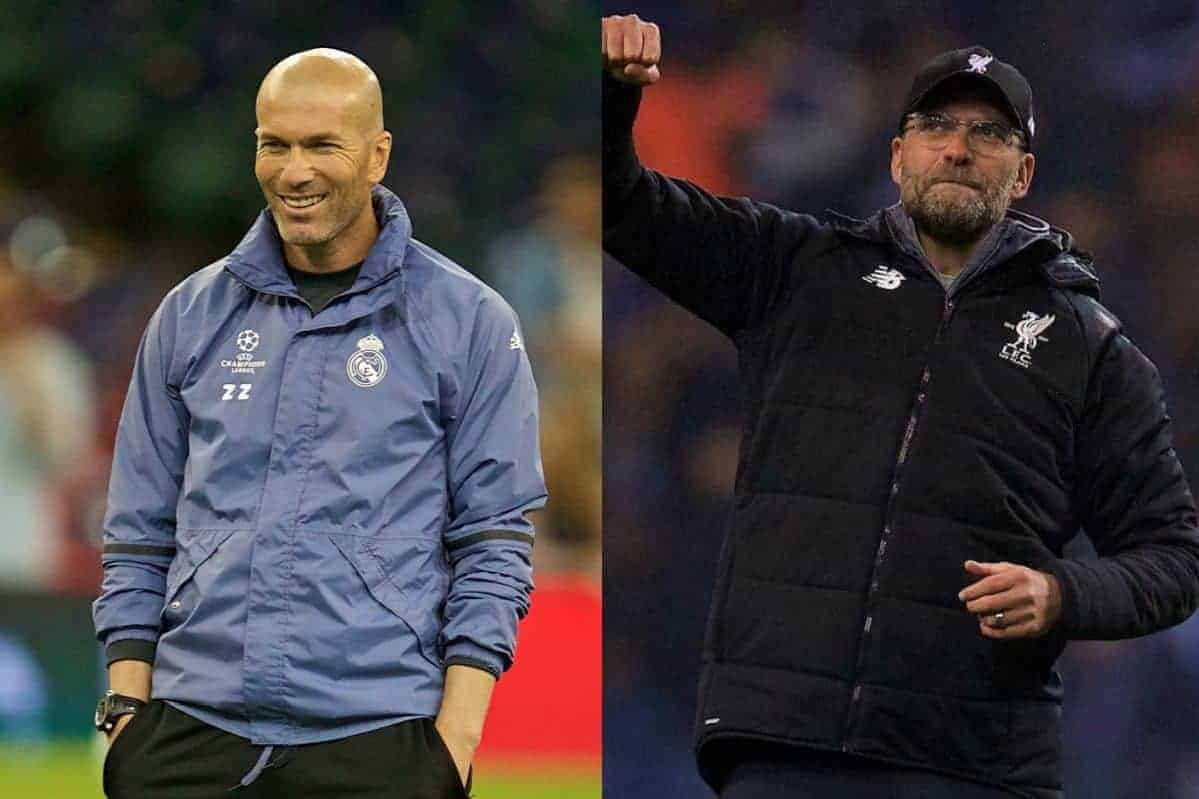 Two of European football’s most successful clubs will meet in the Champions League final when Real Madrid face Liverpool in Kiev.

The defending champions and 12-time winners Real are bidding for their third successive title while Liverpool are seeking their sixth in their history.

Road to the Final

Zinedine Zidane’s side won their first two games but a home draw with Tottenham followed by a loss at Wembley meant they finished second in their group.

Despite failing behind to Paris St Germain at the Bernabeu, they won 5-2 on aggregate in the last 16 then overcame an almighty scare against Juventus, advancing thanks to Cristiano Ronaldo’s last-gasp penalty despite a 3-1 home loss.

A semi-final first leg victory in Munich proved pivotal as a 2-2 draw with Bayern in Spain got them over the line. Liverpool had to come through a qualifying round against Hoffenheim and then drew the opening two games in their group.

They also threw away a three-goal lead against Sevilla in a 3-3 draw but thumped both Maribor and Spartak Moscow to finish top of Group E.

They beat Porto 5-0 in the first leg of their last-16 tie, won both legs in the all-English clash with Manchester City and then saw off Roma 7-6 on aggregate following a 5-2 first-leg win at Anfield. Real have the current Ballon d’or winner. Liverpool may have the next one.

Ronaldo, who turned 33 this year, has scored 42 club goals this season. Yet Mohamed Salah has already exceeded that tally.

The former Roma winger has enjoyed an incredible first season at Anfield, becoming just the third player in Liverpool history to score 40-plus goals in a single season and winning a slew of personal accolades.

If he can outshine Ronaldo in Kiev, the ultimate individual prize may be next.

Zidane and Jurgen Klopp have experienced contrasting fortunes in finals.

The former has won both of the Champions League finals he has been involved in as a boss.

Meanwhile, Klopp has lost his previous five finals as a manage, including in the Europa League against Sevilla two seasons ago. Real have not been as dominant as previous seasons, when their BBC (Gareth Bale, Karim Benzema and Ronaldo) strikeforce was in full flow and Luka Modric and Toni Kroos ran the midfield.

This team is more pragmatic. Centre-backs Sergio Ramos and Raphael Varane and defensive midfielder Casemiro form a strong spine and Zidane can usually rely on Ronaldo for a moment of magic.

Klopp’s gegenpressing style has been used to devastating effect this year thanks to the relentless front three of Salah, Roberto Firmino and Sadio Mane.

Liverpool will pin their hopes on that trio and their harassing style. This is a meeting of the two of the most decorated clubs in the competition’s history. No team has won more European Cups than Real Madrid’s 12.

Los Blancos won five in a row between 1956 and 1960 and last year they become the first club to retain the title in the Champions League era.

Only Real and AC Milan have won more European Cups than Liverpool.

The five-time winners’ most recent success came in an astonishing 2005 final against AC Milan, who exacted revenge in the 2007 final.

The Reds also beat Real in the 1981 final when Alan Kennedy scored the winner.