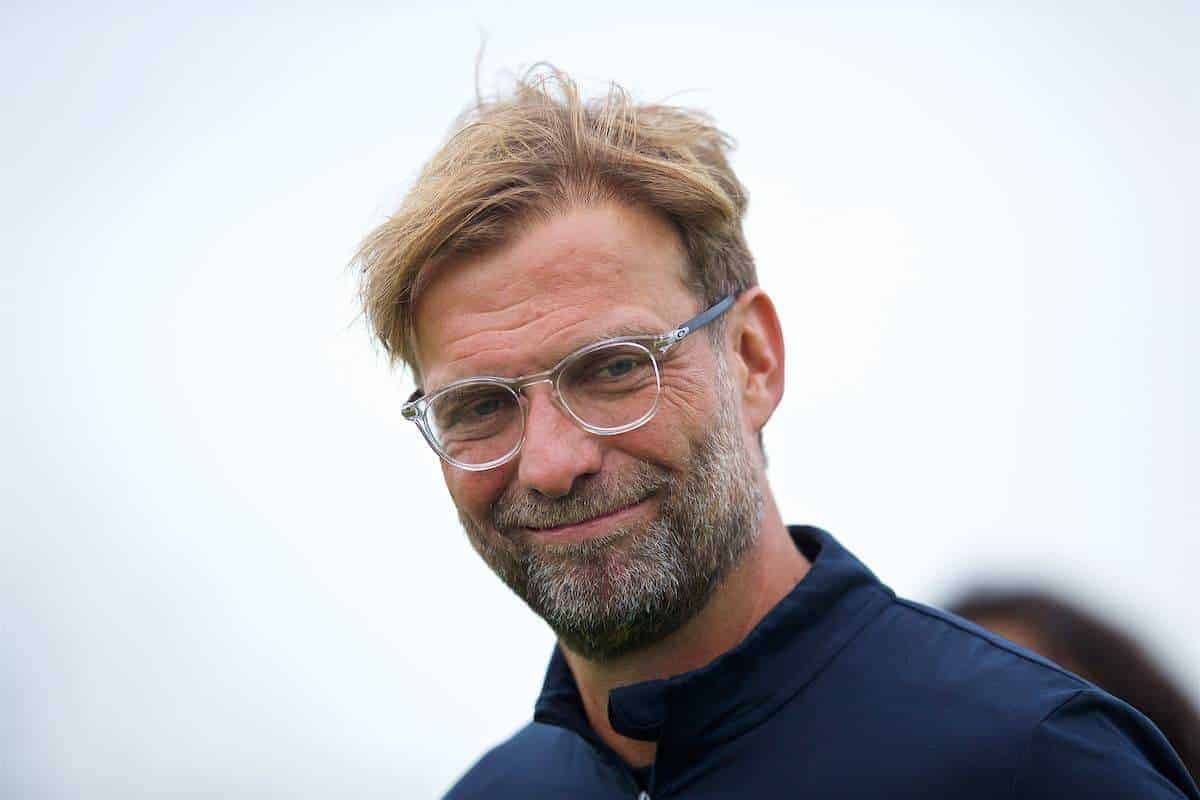 Jurgen Klopp has suggested his Liverpool squad are facing no new injury concerns as they spend the week preparing for the visit of Brighton.

The Reds cut a tired bunch of players during Sunday’s 1-0 defeat at Chelsea, with the squad looking light and nine matches in 31 days taking its toll.

While the scintillating front three of Mohamed Salah, Sadio Mane and Roberto Firmino have fortunately remained fit during the run-in, options have been more limited in defence and in midfield in particular.

Joe Gomez, Joel Matip, Emre Can and Alex Oxlade-Chamberlain are all set to miss the rest of the season, with Nathaniel Clyne and Adam Lallana remain a long way from full match sharpness.

But speaking to LiverpoolFC.com, Klopp was pleased to announce that there are so far no new injury problems as his side prepare to face Brighton on Sunday:

“I’m really happy that this very intense period is over now because we have one week to prepare for Brighton.

“[It] will be a difficult game but we have one week—that feels like a year and we will use that.

“Hopefully they all came through the game then one week is fantastic.

“If one or two had little problems then one week is short as well but so far I didn’t hear anything and I hope it stays like this.“

The weekend visit of the Seagulls could prove to be season-defining for Liverpool, as they bid for a top-four finish ahead of their Champions League final against Real Madrid.

Just one win in five Premier League games has left the Reds needing to win on Sunday, with Chelsea likely to draw level on points after hosting Huddersfield Town on Wednesday evening.

Klopp remained typically calm about the situation, however:

“It’s my life, it’s our life, that we always make it a little bit more exciting.

“We had these situations a few times and it will be, for sure, exciting because Brighton is in a good moment, they played fantastic against [Manchester] United.

“But it’s all OK, as long as we have it in our own hands, life is good. We still have to take it then but we will try everything.”

Thankfully, Liverpool’s superior goal difference makes them strong favourites to reach next season’s Champions League should they get all three points, or even one, but Klopp will need key men at their freshest and most potent at Anfield.

Falling short now would be a devastating blow, having been in the top four for a vast majority of the campaign.