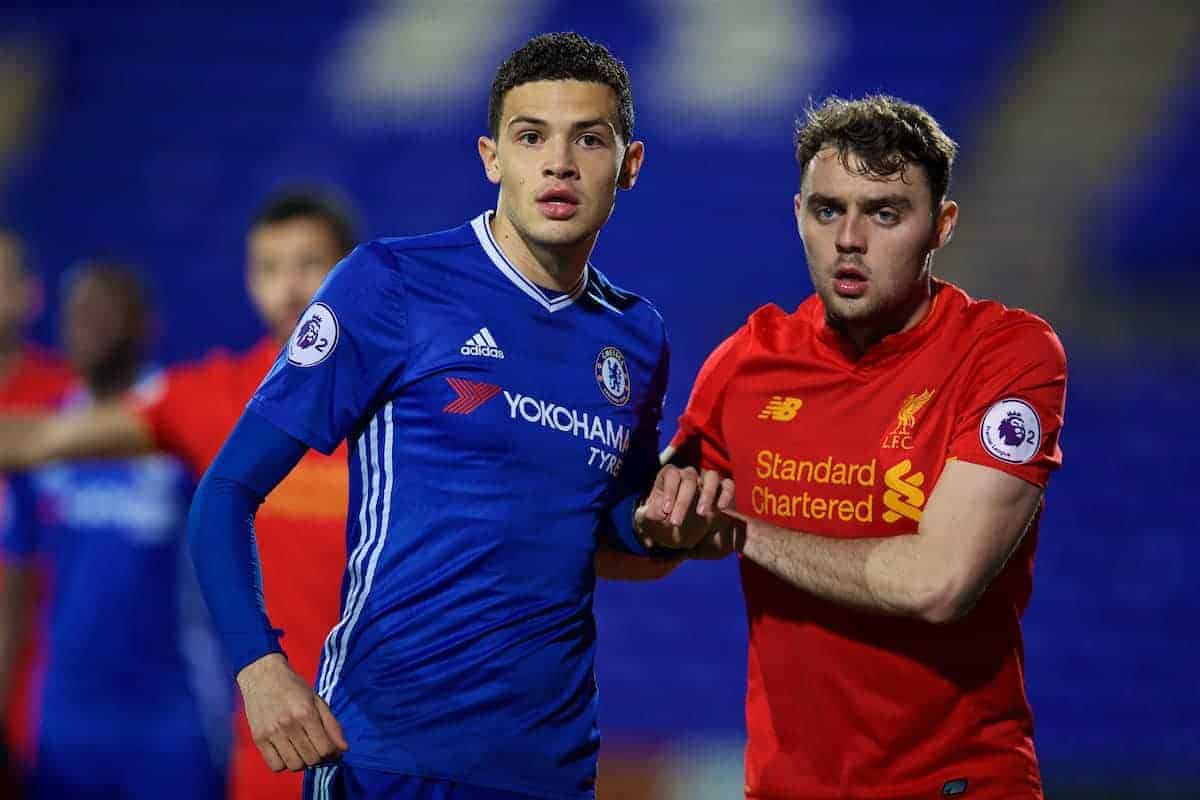 Liverpool are reportedly set to sign Chelsea midfielder Isaac Christie-Davies on a free transfer, after the youngster’s trial earlier this year.

Christie-Davies played all 90 minutes in the U23s’ defeats to Leicester City and Man United in March, but subsequently left for a spell with Eredivisie side PEC Zwolle.

The 20-year-old’s time in the Netherlands did not result in a long-term move, but with his contract set to expire in the summer he is due to leave Stamford Bridge.

According to ESPN FC, Christie-Davies will pen a deal with the Reds, becoming the second arrival from Chelsea in as many seasons.

Liverpool signed Dominic Solanke on a free transfer last summer, with the two clubs yet to agree a compensation fee despite the striker joining 10 months ago.

Christie-Davies is unlikely to follow Solanke into Jurgen Klopp‘s first team, however, with the former Brighton youth expected to link up with the U23s.

He would bolster Neil Critchley‘s ranks with further experience, with the Reds presiding over a host of departures from the academy setup in the coming weeks.

Yan Dhanda is poised to join Swansea City, while the likes of Jordan Williams, Paulo Alves and Toni Gomes are also set to follow the forward out of Kirkby.

Liverpool currently have two further trialists on their books in Scottish goalkeeper Ross Sinclair and Spanish winger Angel Sanchez, though no permanent deals are lined up as of yet.

Christie-Davies was part of the same Chelsea youth sides as Solanke, and is a versatile central midfielder who should slot into Critchley’s squad as a regular starter.

His signing is reminiscent of that of Kevin Stewart in 2014, but with an influx of quality this summer including Naby Keita, Christie-Davies would face a fight to equal his 20 first-team outings.