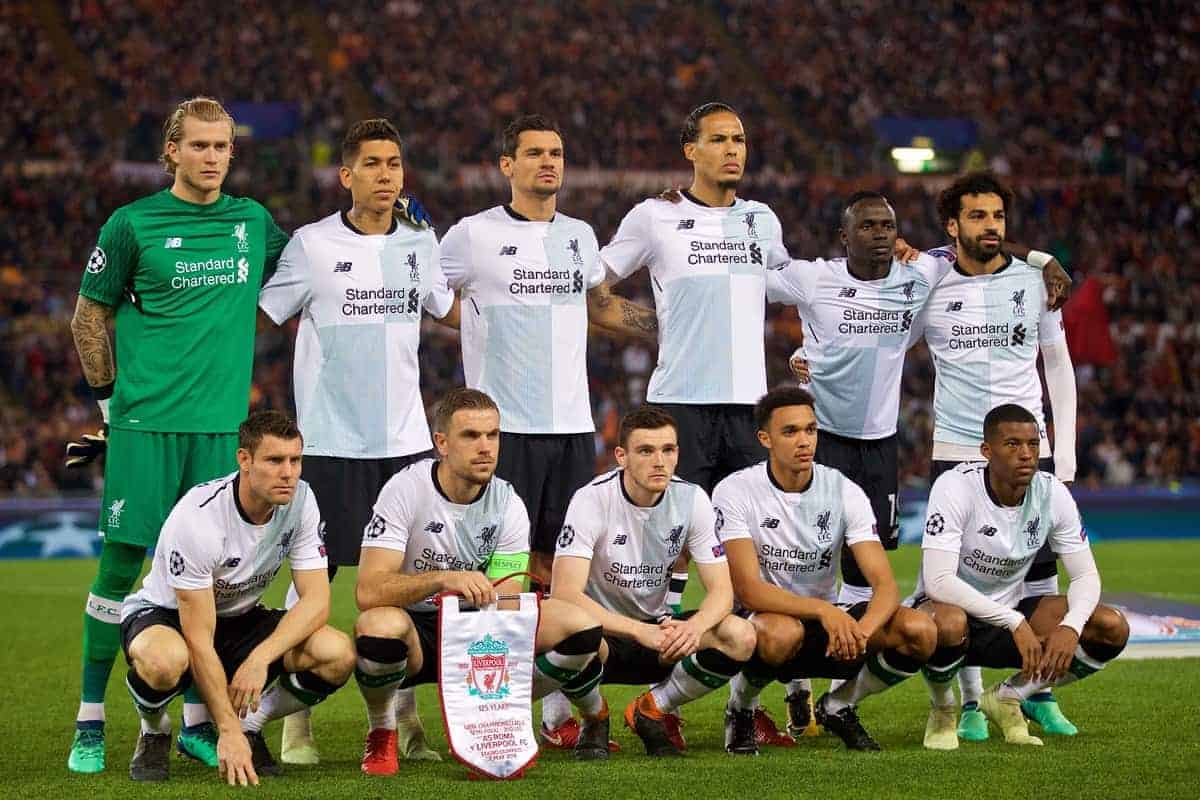 Jurgen Klopp could name an unchanged side for Liverpool’s crucial top-four showdown against Chelsea at Stamford Bridge on Sunday.

Champions League celebrations will be put on hold as the Reds attempt to confirm their presence in next season’s competition.

A point at Stamford Bridge will be just enough to achieve that given the superior goal difference Klopp’s side boast over the fifth-placed Blues.

An already difficult task in claiming it will be made extra difficult though after the heroic efforts produced in Rome.

Those exploits give Klopp a tricky balancing act with his selection—needing to combine managing an already thin squad with keeping the team competitive for a vital 90 minutes.

But the boss has suggested his strongest possible team will feature and here’s how Liverpool could line up.

Liverpool’s XI vs. the Blues Klopp was always likely to go strong on Sunday in attempt to seal top four—and to avoid a nerve-wracking final day to allow for maximum focus on Real Madrid.

And in his pre-match press conference the boss confirmed this before revealing the strong possibility that he will keep faith in the same starting XI:

“Try to do a different lineup with my squad? We can’t do it. Yes, a break would be better for everyone but from Wednesday to Sunday, four days is OK.”

Therefore those who conquered Rome seem set to be tasked with delivering the draw needed at Stamford Bridge, as Klopp relies on the momentum and form of this XI to shine through: Keeping with the same confidence-filled side makes sense but it would be a tough ask after an intense 90 minutes in the Italian capital.

Klopp will know that and he could change tack by making a couple of changes to re-energise the team—taking the opportunity to spring a slight surprise given his comments above.

He made five changes for each of the Reds’ recent league games before Roma—against West Brom and Stoke.

But it’s unlikely that number would be made again with Liverpool needing to be as close to full strength as possible—especially in attack—for a crucial 90 minutes.

So a couple of switches for some much-needed energy could be made in defence—with there also no room for manoeuvre in midfield.

Clyne could come in to give Trent Alexnader-Arnold a break after heavy recent action, while Klavan could replace Dejan Lovren who has struggled with the demands of two games in quick succession.

With everything else untouched the Reds would look like this after those two changes: A point will be enough to get over the line in the top-four race and the Reds will need a battling display to claim it and ensure of another successful Premier League campaign.