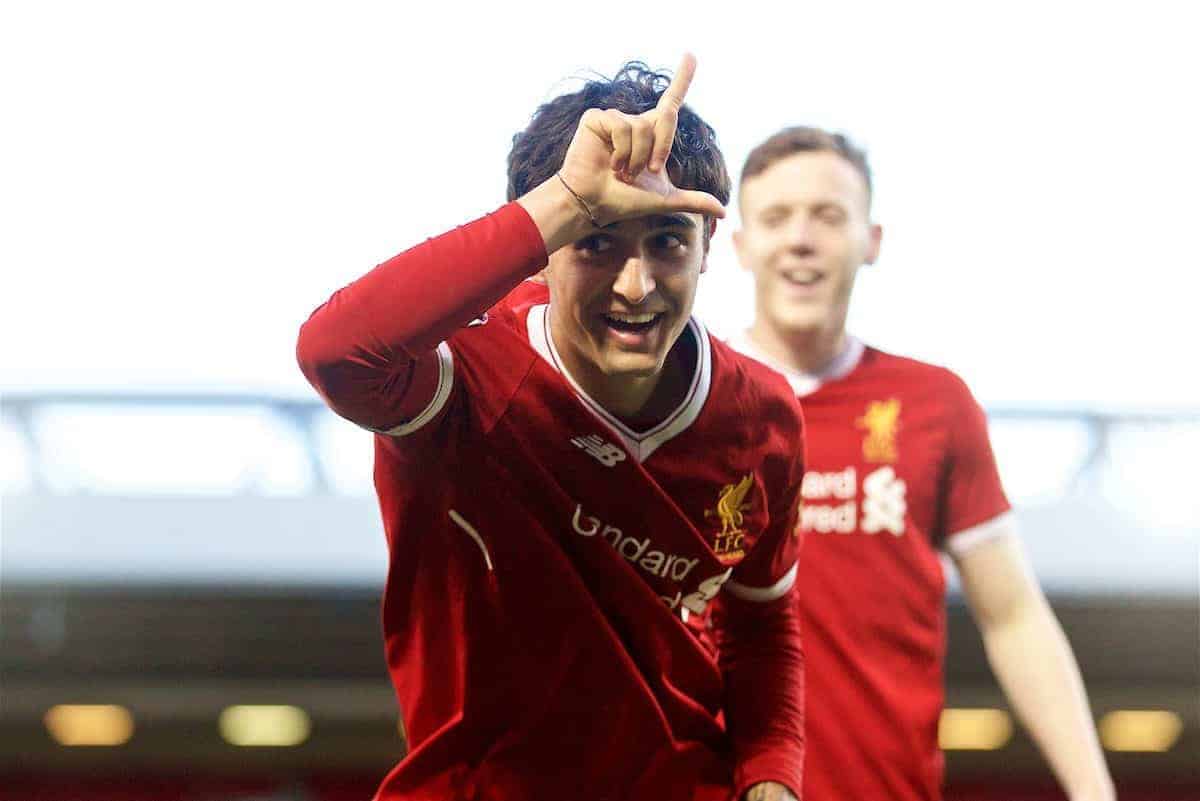 Liverpool U23s forward Yan Dhanda is set to head a clutch of departures from the club’s academy as they prepare to announce their retained list.

The young Reds rounded off their competitive campaign with a 5-1 win over Chelsea at Anfield earlier in May, and played the first of two end-of-season friendlies on Monday afternoon.

They head to the Netherlands to take on Jong Ajax on Saturday, with Neil Critchley keeping an eye on two trialists in goalkeeper Ross Sinclair and winger Angel Sanchez.

He will also be planning for life without some of his staple players in recent years with the U18s and U23s, as Liverpool finalise their retained and released lists.

According to BBC Sport, Dhanda will leave the club after five years to join Swansea City, having arrived from West Brom in 2013 to become the first player of Indian heritage at Liverpool.

This comes as something of a surprise given Jurgen Klopp described Dhanda and centre-back Conor Masterson as the “next boys” on the production line just over a year ago.

But with his contract set to expire and with a host of players ahead of him in the pecking order for the first team, his prospects are slim.

He is not the only youngster likely to leave, with Jordan Williams, Bobby Adekanye, Shamal George, Toni Gomes and Paulo Alves all heading into the final weeks of their current deals.

Centre-back Nathaniel Phillips, however, is set to be offered an extension, according to Goal‘s Neil Jones. Liverpool are less in control regarding the futures of Emre Can and Rhian Brewster, with the pair expected to move to other clubs on the continent.

Can is seeing out his contract ahead of a likely switch to Juventus, while Brewster is attracting interest from Borussia Monchengladbach and RB Leipzig.

The young striker is set to agree professional terms with the Reds, and while they have triggered a third year on his scholarship deal he is seemingly heading to Germany.

It is hugely disappointing to see the pair on their way out, with Can a cornerstone of Klopp’s midfield and Brewster one of the finest young talents in the club’s academy ranks.

Ryan Fulton, Sam Hart, Okera Simmonds, Marley Blair and Cameron Brannagan have also left the academy in the past 12 months, highlighting the fragile nature of the youth setup.