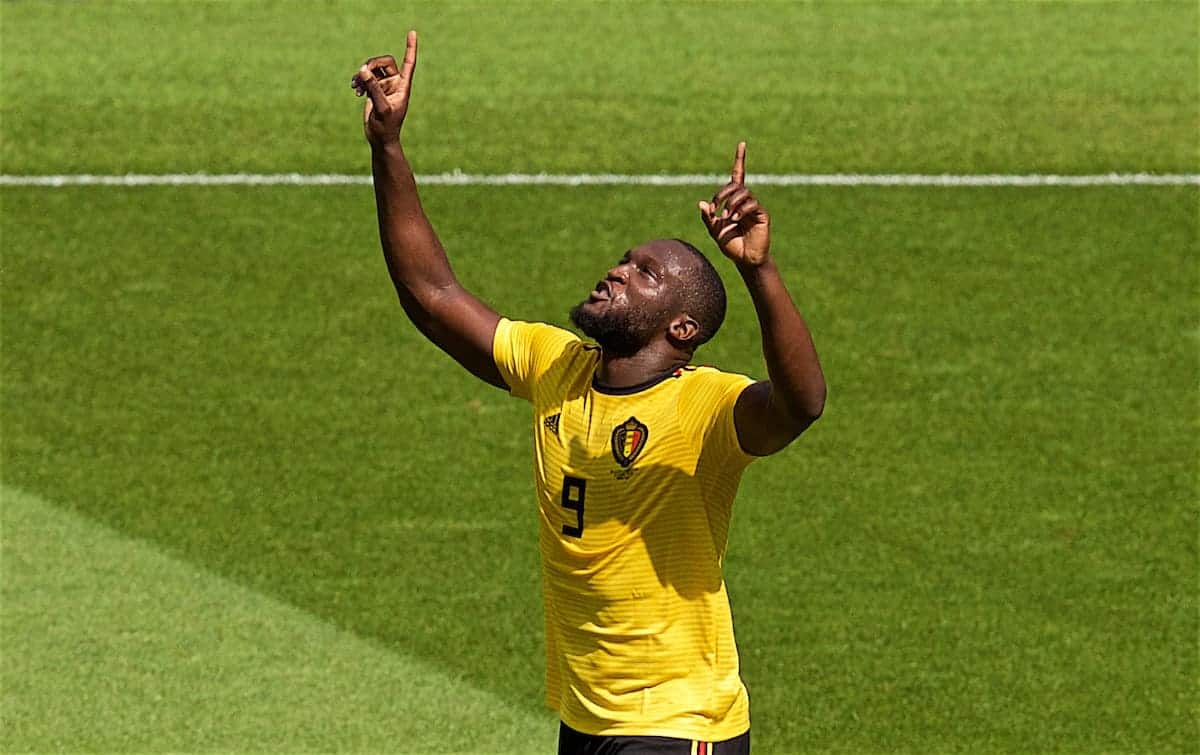 There was late drama, bags of goals and yet another penalty on Saturday, as the World Cup continues to entertain.

Belgium thumped Tunisia 5-2, Mexico qualified from their group with a 2-1 victory over South Korea and Germany left it until stoppage time to edge out Sweden in one of the games of the tournament so far.

When you bag a stoppage-time stunner at the #WorldCup ?@ToniKroos

The really great players stand tall in the most pressurised moments and Toni Kroos outlined his brilliance in the dying seconds of Germany’s thrilling clash with Sweden.

The World champions were looking highly likely to be heading out of the competition when they won a last-gasp free-kick out wide, with a win over South Korea and Sweden losing to Mexico both required in the third round of fixtures.

In what was arguably the most dramatic moment of the World Cup so far, Kroos sent a stunning effort sailing into the top corner, resulting in mass celebrations on the pitch, in the crowd and on the touchline.

Kroos was actually poor throughout the game, but this was a world-class moment by a genuinely world-class footballer. Players of his ilk are priceless.

Meanwhile, Belgium shone against Tunisia as they romped to victory and Romelu Lukaku’s form is catching the eye, much as we don’t like to praise a Man United player.

The powerful striker’s brace puts him level with Cristiano Ronaldo (4 goals) in the race for the Golden Boot – don’t bet against him topping the pile come the end of the tournament.

Jerome Boateng has had an excellent performance for Sweden tonight.

Jerome Boateng is widely thought of as one of the best centre-backs in Europe, having become a dominant figure for both Germany and Bayern Munich for a number of years.

The 29-year-old is having a stinker of a World Cup, however, and can think himself lucky that he hasn’t already cost his country a place in the knockout stages.

Boateng was all over the place against Sweden, finding himself out of position, shooting hopefully from distance and diving into tackles.

There was almost an inevitability about his red card late on, following another reckless lunge, and had it not been for Kroos’ moment of class, Boateng would be getting even more destroyed.

Let’s not forget he could also easily have given a penalty away for a shove on Marcus Berg.

Gary Neville, on punditry duty for ITV, described Boateng’s performance as a “joke”, while Roy Keane brilliantly assessed: “They were talking about him having 650 pairs of shoes, he can’t be right upstairs!” There was actually only one penalty on Saturday, scored by Eden Hazard, but it ensured the constant flow of spot-kicks in Russia continues.

It was the 13th awarded already this summer, with just 27 matches played – the same amount were given in the whole of the World Cup in Brazil – which is perfect proof of the effect VAR is having.

I know someone who put money on there being over 20 penalties in the tournament, at 50/1 – it’s fair to say he’ll be buying his loved ones some nice Christmas presents later in the year.

Meanwhile, that’s now 27 games without a 0-0 draw, which feels like a victory for football.

There are likely to be a few stalemates once the matches become even bigger and knockout football arrives, but it goes to show that this is an attack-minded tournament on the whole.

Sunday sees England back in action, with Jordan Henderson expected to marshal the midfield against Panama and Trent Alexander-Arnold starting on the substitutes’ bench.

That game is followed by two Group H clashes, as Sadio Mane‘s Senegal take on Japan and Poland face Colombia.