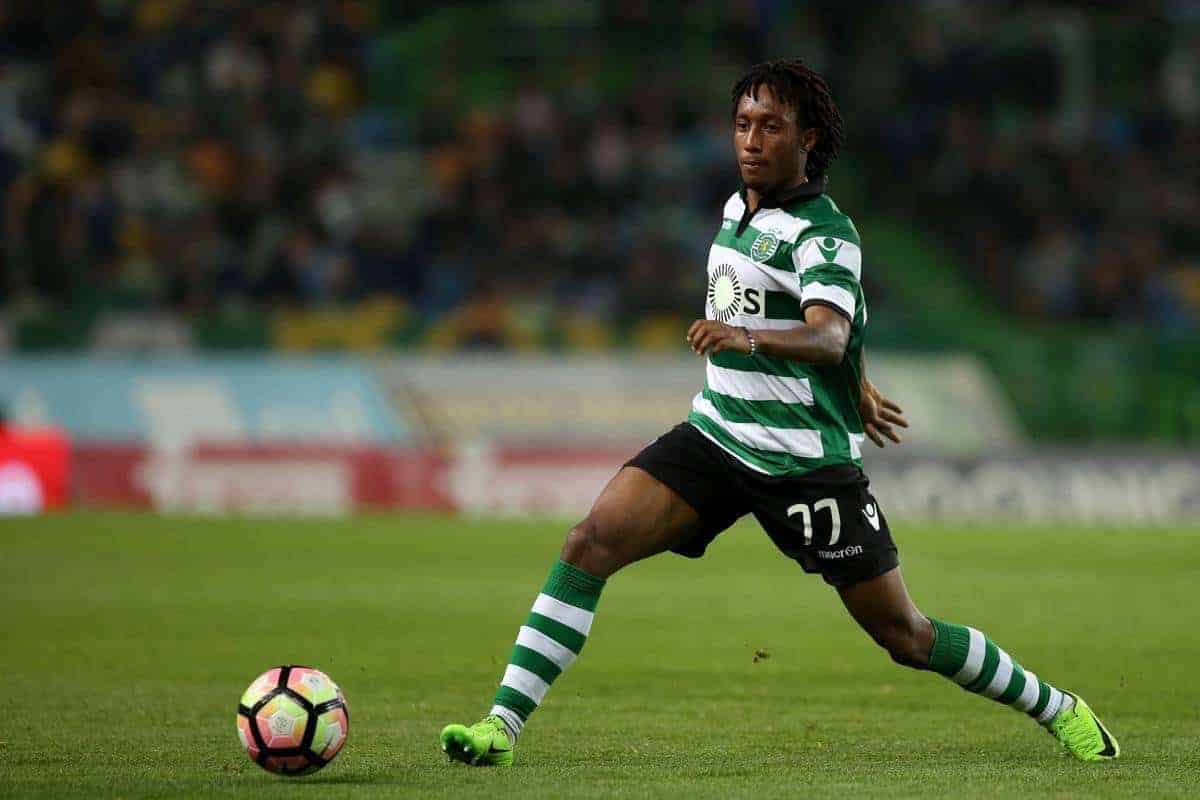 Liverpool could look to benefit from a rare development as a host of their former targets terminate their contracts with Sporting CP this summer.

The Lisbon club are currently in turmoil as the result of a rift between the squad and both the club’s president Bruno de Carvalho and a radical group of supporters.

De Carvalho threatened to suspend 19 players after Sporting’s 2-0 loss to Atletico Madrid in the Europa League in April, in a bizarre Facebook post singling out some of the club’s key names.

Ex-Liverpool centre-back Sebastian Coates and his partner Jeremy Mathieu came in for the strongest criticism, with De Carvalho claiming “it was [as] if we had nine players.”

This has prompted a mass exodus at Estadio Jose Alvalade, with manager Jorge Jesus having already left the club and goalkeeper Rui Patricio and forward Daniel Podence looking to follow suit.

Both Patricio and Podence filed to terminate their contracts with Sporting at the start of June, and now Dost, William Carvalho, Bruno Fernandes and Gelson Martins have followed suit.

De Carvalho has claimed he will take legal action against those looking to leave, but if they do depart there could be some interesting developments in the transfer market.

And Liverpool, who are looking to add quality to their squad this summer, could take advantage. William, a 26-year-old defensive midfielder, has been regularly linked with a move to Merseyside over the years, most recently at the beginning of last year, though those claims were dismissed.

Though his reputation has diminished following a bright start to his career, the Portugal international could still be a fine addition to Jurgen Klopp‘s ranks.

Another player to be touted with a switch to Anfield is 23-year-old winger Martins, and with Klopp looking for reinforcements out wide he could be an excellent cut-price addition.

Perhaps most interesting, however, is Fernandes, as following the breakdown in Liverpool’s pursuit of Nabil Fekir he could provide another solution as a versatile attacking midfielder.

Fernandes scored 16 goals and assisted a further 20 in 56 appearances last season, and at just 23 years old could be a fine acquisition for the long term.

If the Reds were to target the trio, though, they would no doubt face competition, with Benfica linked with Martins and Fernandes, Arsenal chasing Martins and both Everton and West Ham interested in William.

But provided that they become free agents, it would be remiss to ignore Martins and Fernandes in particular.