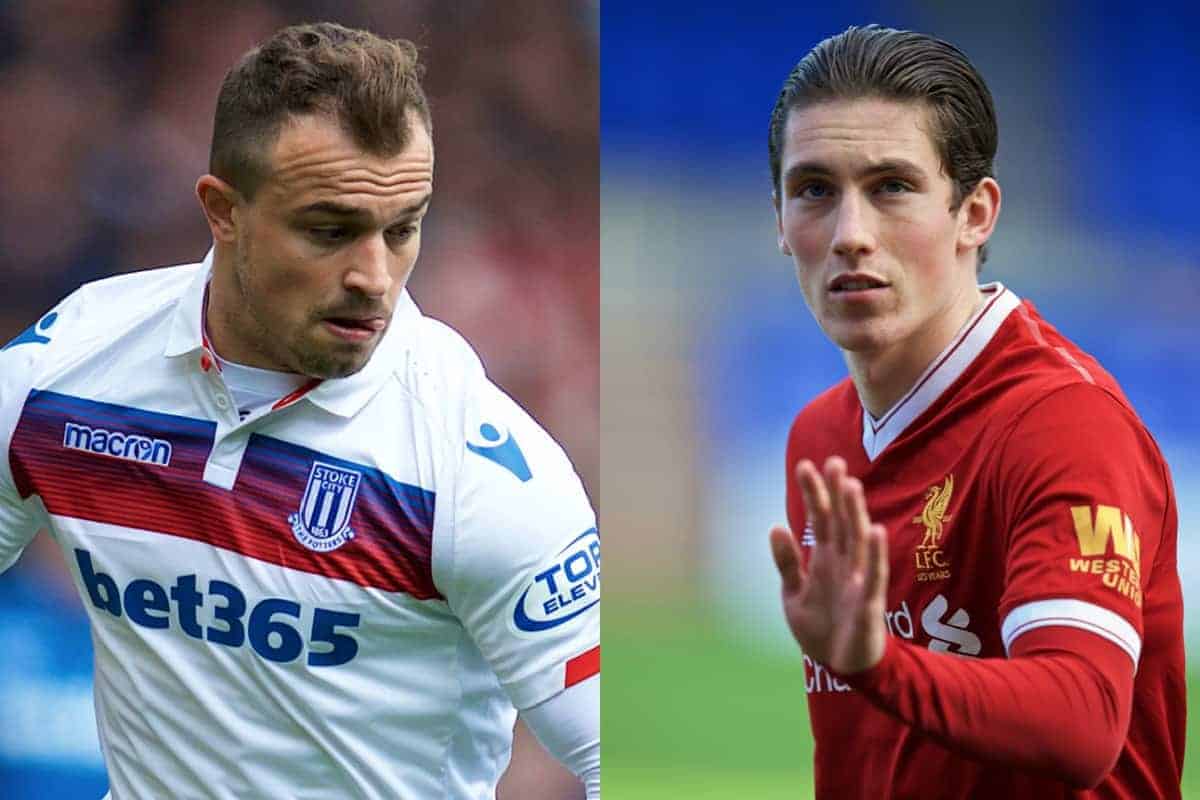 Though Liverpool have been credited with interest in Stoke City winger Xherdan Shaqiri, popular youngster Harry Wilson could still have a chance.

Shaqiri emerged as a possible target for the Reds on Wednesday evening, with Gent’s Moses Simon also under consideration as Jurgen Klopp looks to boost his forward options.

With a deal for Lyon captain Nabil Fekir in the pipeline, it seems that Liverpool will only add one more attacker to their ranks this summer.

Speculation over a move for Shaqiri has seen calls for Wilson, who shone in a half-season loan spell with Hull City last term, to take priority.

According to the Telegraph‘s Chris Bascombe, this may still be the case, as he claims Klopp wants to give the 21-year-old “the incentive to push for a first-team place.”

Wilson has just returned from the United States, where he made his fourth appearance for Wales in a 0-0 draw with Mexico in Pasadena, and will report for pre-season training at Melwood next month.

There he will be given the chance to impress Klopp, and earn a squad role supporting the likes of Sadio Mane and Mohamed Salah.

The youngster scored seven and assisted four in 14 appearances for Hull earlier this year, and had hoped this would prove his potential to his manager. His decision to join the Tigers in January, after topping the goalscoring charts in a comfortable six months with the Liverpool U23s, was a bold one.

With Hull battling relegation to League One, he could have suffered a similar struggle to Ovie Ejaria, who turned out regularly for Sunderland in the second half of the season but couldn’t help them beat the drop.

But Wilson provided the boost Nigel Adkins’ side needed, and speaking to Goal at the end of his loan he stressed it was the “right decision,” as he aims for a big pre-season.

“I’d like to make myself that backup player for [Mane and Salah], or that replacement if they have a knock or whatever,” he explained.

“It sounds like a big aim, but why not? I want to play for Liverpool in the Premier League on a regular basis, I will never deny that.”

Wilson added that “the manager told me he likes me as a player,” with Klopp’s conviction clearly key to his development.

As Bascombe reveals that Shaqiri “is of interest but not a priority at the moment,” it could well be that Wilson takes that spot instead of the Swiss maverick.