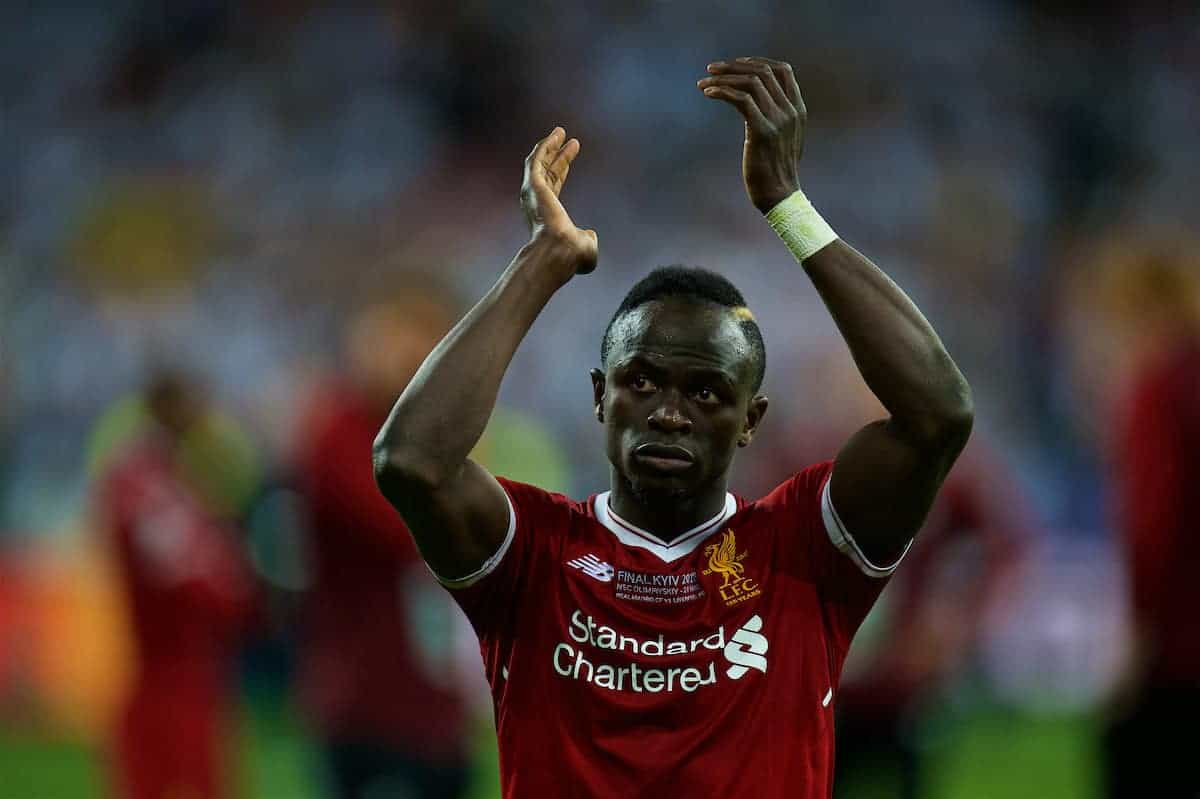 Sadio Mane has dampened speculation over a summer move to Real Madrid, pledging his long-term future to Liverpool ahead of the World Cup.

Mane is currently in Russia with the Senegal squad, as they bid for progress from Group H, taking on Poland (June 19), Japan (June 24) and Colombia (June 28).

Prior to departing to the tournament, however, it was claimed the winger had already reached an agreement with Real for a move to the Champions League winners.

This was quickly refuted by Liverpool-based journalists, with the Reds looking to extend Mane’s contract this summer, but speaking on the eve of the tournament he was still questioned on a move.

Encouragingly, the 26-year-old told Salzburger Nachrichten that he is not looking to leave Anfield before the end of his current contract, which expires in 2021.

“I am very happy in Liverpool and my contract will last for three more years,” he explained.

Mane did add the usual caveat that “you never know what will happen in the future,” though this should not be confused as a hint over a possible move.

Having scored in last month’s final defeat to Real, Mane has clearly developed a taste for Europe’s top-tier tournament, saying “I want to win trophies, especially the Champions League.” Mane is a key figure for Aliou Cisse’s Senegal side, taking up a more central role than at Liverpool, and he will shoulder his nation’s hopes in Russia.

But discussing the prospect of being the Lions of Teranga’s “superstar,” Mane showcased a humility that will be familiar to Liverpool supporters.

“I feel no pressure. To be honest, I am very happy to play this tournament together with my team,” he said.

“I also do not see myself as a superstar, but as part of a team that wants to achieve a lot in the World Cup.”

Senegal stand a strong chance of progressing to the round of 16, which would be an impressive feat considering this is their first time in the World Cup since 2002 and only their second in history.

In Japan and South Korea they reached the quarter-finals having surprised France to win the opening game of the tournament, but lost out of a semi-final place after losing to Turkey.

If they are to emulate their predecessors Cisse’s side will certainly rely on Mane’s quality, and the Reds can continue to do the same on his return.