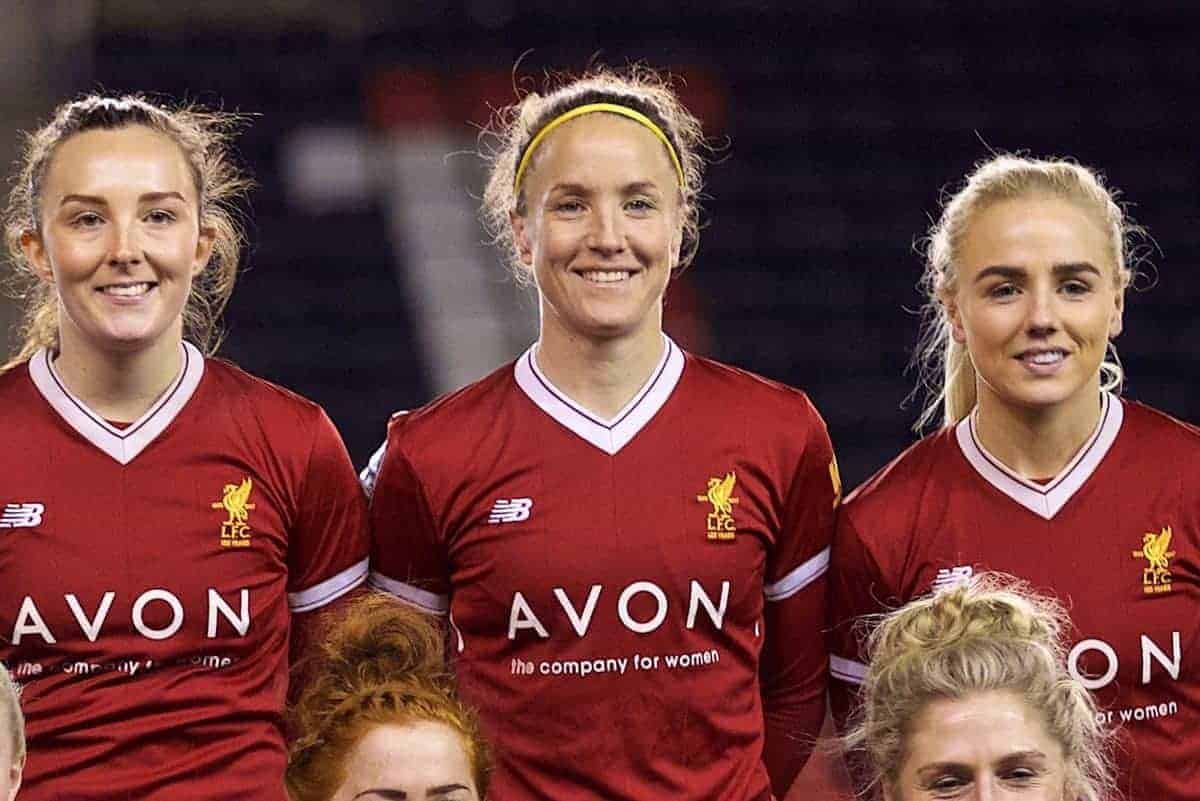 The Reds’ women’s team have had quite the exodus this summer, with 10 senior players leaving the club, along with manager Scot Rodgers.

One of the highest profile departures has been captain Gemma Bonner joining Man City Ladies, while Scottish midfielder Caroline Weir also headed to the Etihad.

Now, seven former Liverpool players have been announced as part of Man United‘s inaugural squad – teaming up with former LFC Ladies player Casey Stoney who was appointed as United’s manager.

Stoney has signed England left-back Alex Greenwood and goalkeeper Siobhan Chamberlain – both key players for Liverpool in recent seasons (pictured above with Stoney).

Greenwood has been named United’s first ever captain.

Amy Turner, Martha Harris, Kate Longhurst and Emily Ramsey all also join directly after leaving Liverpool, and they are added to by Katie Zelem who left Liverpool for Juventus a year ago. Incredibly, Liverpool will play against United in a behind-closed-doors friendly this weekend.

The Women’s Super League season kicks off on the weekend of 18 August. United will compete in the second tier of women’s football, the WSL2.