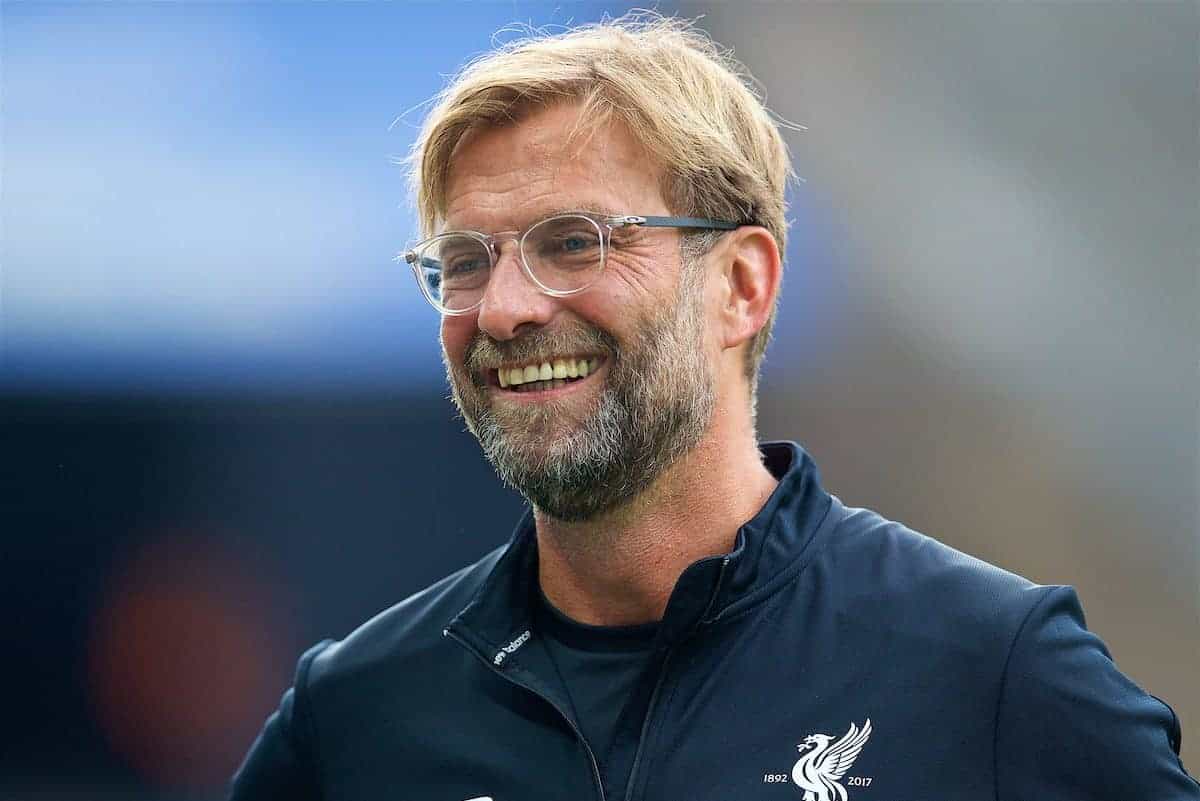 Liverpool face Chester in their first pre-season friendly, with a host of youngsters and fringe taking part alongside the Reds’ two new additions.

The Reds will field different lineups in each half, ensuring as many players as possible get their summer action off and running today.

Two new faces are in action, with Naby Keita and Fabinho both involved, while several have returned from loan including Daniel Sturridge, Divock Origi and Harry Wilson.

The first 45 minutes will see Loris Karius play in goal, while Joe Gomez will feature at centre-back alongside Nathaniel Phillips.

Nathaniel Clyne and Alberto Moreno will be at full-back.

In midfield, Fabinho makes his first start for the Reds behind young talents Curtis Jones and Ben Woodburn.

In attack, Dominic Solanke will lead the line flanked by Divock Origi and Harry Wilson.

Jurgen Klopp will make a full 11 changes at the break, including the likes of Naby Keita, Daniel Sturridge and James Milner to feature, with Pedro Chirivella a further option off the bench.