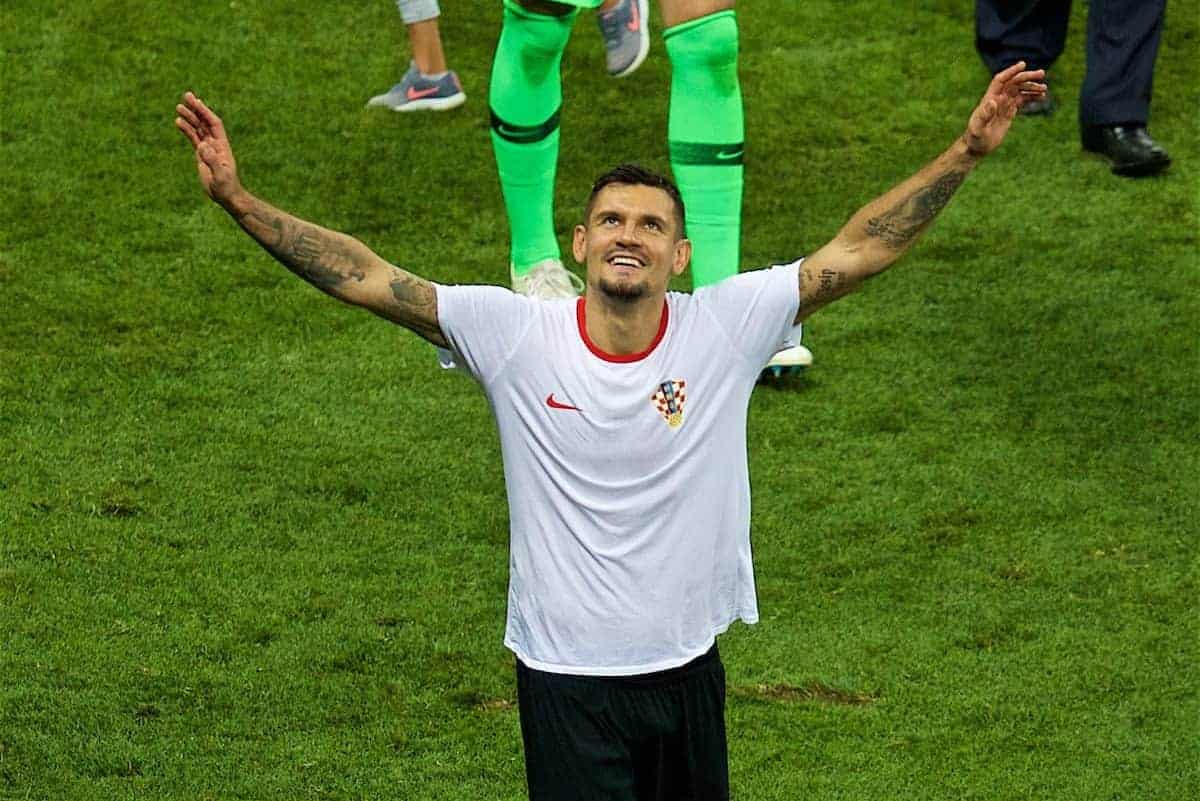 Dejan Lovren insists Liverpool’s Champions League run and Croatia’s World Cup final berth prove he is “one of the best defenders in the world.”

Lovren was central to his country’s 2-1 win over England in their semi-final on Thursday night, with goals from Ivan Perisic and Mario Mandzukic setting up a decider against France.

The 29-year-old is due to become only the fifth player to play in the World Cup final while at Liverpool, following Roger Hunt, Didi Hamann, Dirk Kuyt and Fernando Torres.

Having also been one of the standouts despite the Reds’ defeat to Real Madrid in Kyiv in May, it has certainly been a sensational season for Lovren.

But speaking to beIN SPORTS after his side’s victory over the Three Lions, Lovren made a defiant claim that will jar with many Reds supporters.

Dejan Lovren: "If he wins this #WorldCup, he deserves the Ballon d'Or." The #LFC defender makes a big statement about one of his #CRO teammates.#beINClub #beINRussia #beINFWC pic.twitter.com/2bUezOObS7

“From my point of view, I had people saying I had a difficult season but I don’t agree with that,” he said.

“I took Liverpool to the final of the Champions League and now with my national team we are in the [World Cup] final.

“I think people should recognise that I’m also one of the best defenders in the world, and not just talk nonsense.” Lovren has taken considerable criticism throughout his four seasons with Liverpool so far, with his outspoken approach often contrasting with his performances on the pitch.

The centre-back can certainly produce top-class displays at the back, as his shackling of Cristiano Ronaldo in the Champions League final highlighted.

But a lack of consistency in his game ensures this suggestion that he is on par with the likes of Diego Godin and Rafael Varane is questionable.

His confidence can be a positive, and if this translates into a winning mentality it can only benefit Liverpool in the future.

However, this is too familiar a stance at this stage, as there remains a sense of foreboding that another calamity is not too far away.