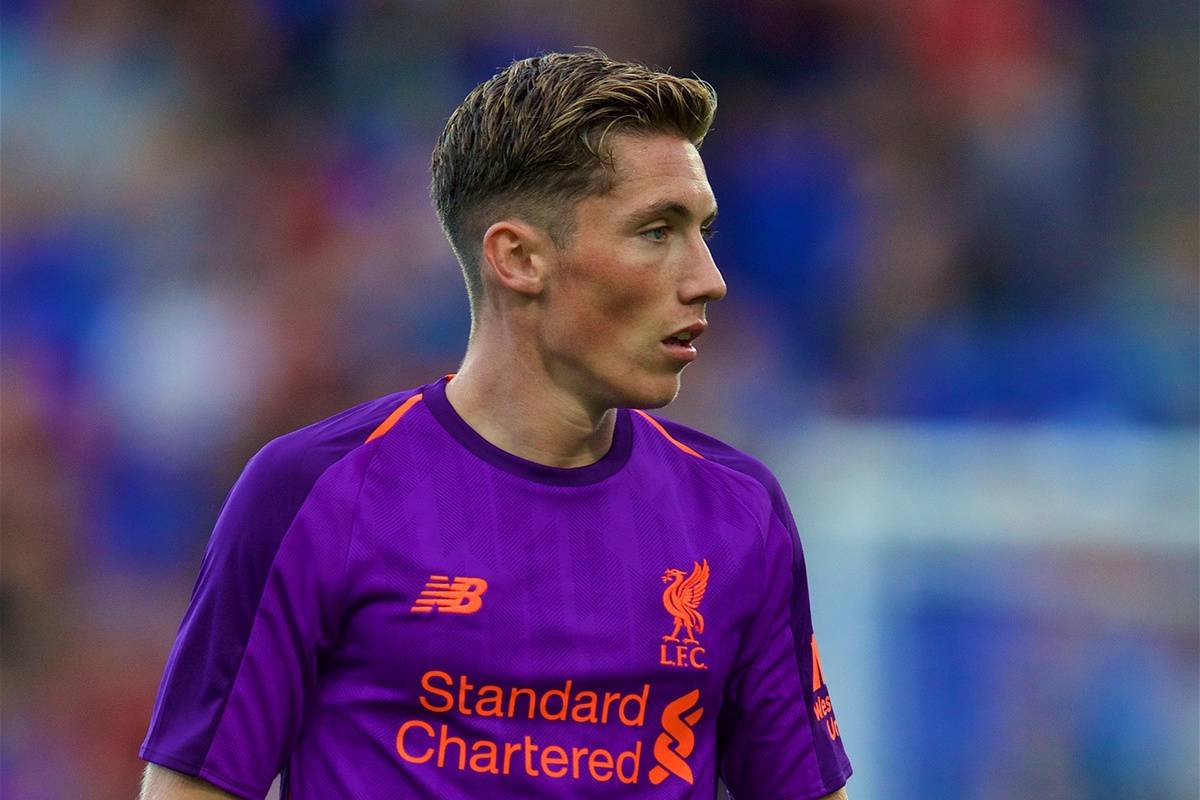 Jurgen Klopp has conceded that Harry Wilson is likely to leave Liverpool on loan this summer, with one Championship club currently leading the race.

Wilson scored twice in the Reds’ opening pre-season win at Chester last weekend, and followed that up with a bright display in the 3-2 victory at Tranmere Rovers in midweek.

The 21-year-old was left out of Saturday’s bore-draw at Bury, however, with Klopp not willing to risk injury due to “a lot of interest in him from different clubs.”

“[Playing] with a little bit tired legs during the game, that makes no sense. So Harry has a little session at home,” he told LiverpoolFC.com before the game.

Twelve clubs from the English second tier are believed to have expressed interest in taking Wilson on a season-long deal, including relegated trio Swansea City, Stoke City and West Brom.

But according to the Telegraph‘s John Percy, responding on Twitter on Saturday night, promotion hopefuls Derby County are his most likely destination:

Defo favourites for Wilson at the moment. Best deal on offer for Liverpool at this stage

Percy’s suggestion that Derby have presented the “best deal on offer for Liverpool at this stage” is likely due to guarantees of playing time.

Klopp is a big admirer of Wilson, who signed a new five-year contract with the Reds on Tuesday, but following the signing of Xherdan Shaqiri from Stoke his opportunities could be limited.

Joining Derby, therefore, could provide him with the regular first-team football he requires to further his development before challenging for a role at Anfield. Wilson netted seven times, assisting a further four goals, in 14 appearances on loan at Hull City in the second half of last season, flourishing at Championship level.

This clearly heightened interest in his signature, and if he is capable of extending that excellent form over the course of an entire campaign he could prove a point to Klopp.

Speaking on the announcement of the No. 59’s new deal, the manager told the club’s official website that “his long-term future is, for sure, at Liverpool.”

“Harry’s development in the last few years is really exceptional so of course we had to keep the boy!” he explained.

“Now we see what we do with that, but it’s really good that his long-term future is, for sure, at Liverpool.

“He’s a finisher, which is the most difficult thing to learn, he has the nose for a goal if you want. [It’s] good news.”

Derby finished sixth in the Championship last season, but lost to Fulham in the playoffs, and this time out will be eyeing automatic promotion under Frank Lampard.