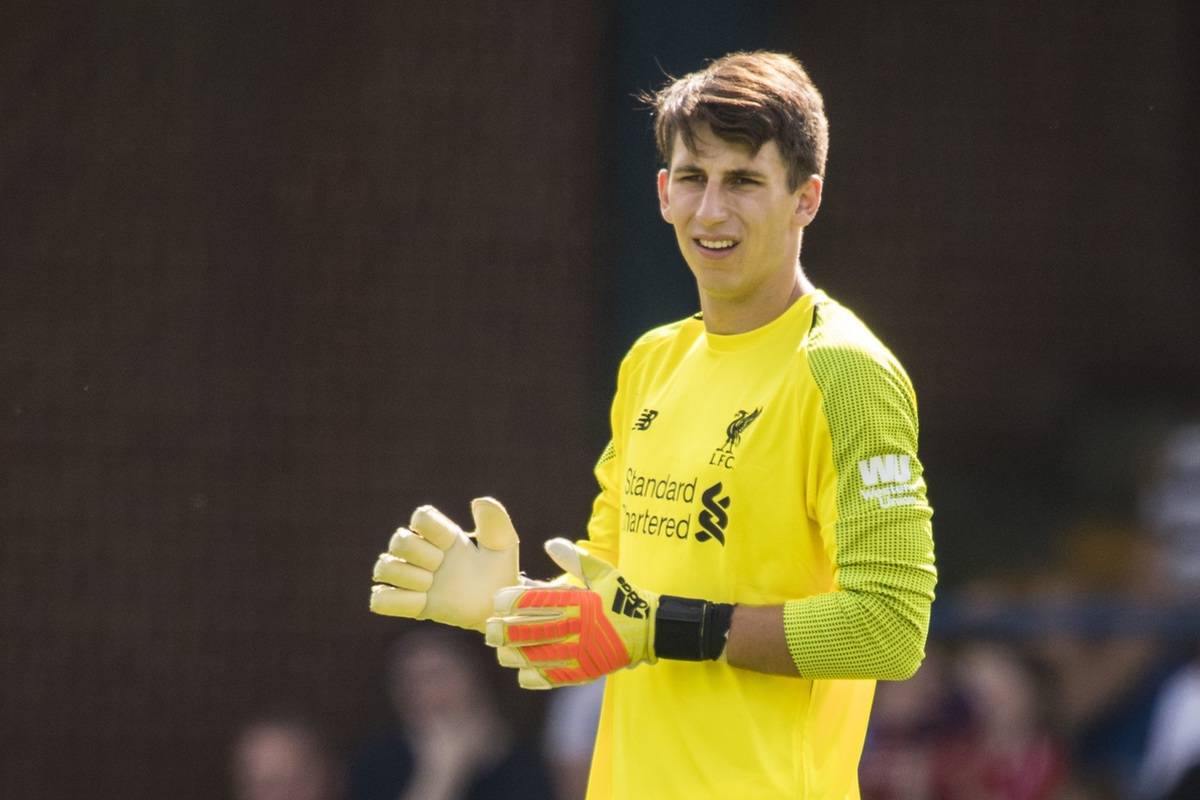 Kamil Grabara made his second appearance for Liverpool in the pre-season stalemate at Bury, so who is the young ‘keeper stepping up this summer?

Beyond Loris Karius and Danny Ward‘s tussle for the role of first choice, another battle for supremacy between the sticks is playing out between the club’s two standout academy stars.

Caoimhin Kelleher was included in the travelling squad for the 3-2 win over Tranmere Rovers, while Grabara replaced Karius for the final 28 minutes in the 0-0 draw at Bury.

It was the young Pole’s second outing for the seniors, having debuted against the same side a year previous, and as it stands Grabara should be considered ahead of Kelleher in the pecking order.

He certainly boasts the confidence required to make a breakthrough under Jurgen Klopp. Grabara joined the Reds at the beginning of 2016, and following the arrival of Marko Grujic from Red Star Belgrade became the second signing of Klopp’s reign.

His acquisition was one with an eye on the long term, however, and Grabara split his duties between the Liverpool U18s and U23s after receiving international clearance.

Having already made his first-team debut for Ruch Chorzow at the age of 16, and spending time on trial at both Man United and Man City, the youngster joined convinced of his quality.

Unable to feature in his first months on Merseyside, Grabara instead took up residence in the gym, and put on over 30lbs by the time he was granted permission to play for the Reds.

His transition was a rigorous one, but was certainly aided by his upbringing in significantly lesser facilities than Melwood and Kirkby, and it didn’t take long before he made his mark. So far, Grabara has alternated between the club’s academy sides, while training under Klopp and regularly travelling as Liverpool’s third goalkeeper on matchdays.

Last season saw the teenager serve as No. 1 in the UEFA Youth League while sharing the gloves with Kelleher at U23 level, and he caught Steven Gerrard’s eye.

“For me Kamil is a top, top goalkeeper,” he told This is Anfield’s Rado Chmiel in November, and speaking to Przeglad Sportowy soon after, Grabara echoed this sentiment with a swagger.

“He told the truth and that’s it,” he insisted, even going so far as to describe himself as the best goalkeeper in the world.

Grabara explained his approach to goalkeeping as being “to upset people,” adding that “10 guys from the opposite side want to score a goal and I can stop them.”

“I do not do what the majority do on the pitch. Damn it, I’m alone, I have a different outfit than everyone else. How cool,” he continued.

In a period where Karius’ mentality is being scrutinised in front of baying away crowds, Grabara’s arrogance should be applauded—particularly given his performances back him up. Grabara is an accomplished, all-round goalkeeper, able to dominate the penalty area, pull out top reflex saves, play out from the back with composure and, as he develops, operate as a sweeper.

His ability was tested in October when the U19s took on Maribor at Lendava Sports Park, and rushing off his line saw Aljosa Matko take advantage and stun the young Reds early on.

Gerrard’s side fought back to win 4-1, with Grabara saving a penalty, and speaking to the Liverpool Echo after the game the club legend applauded his stopper’s resilience:

“Nine out of 10 ‘keepers would have felt sorry for themselves and probably gone missing or tried to make up for the mistake in the wrong way.

“But Kamil was very calm and experienced and bailed the team out on three or four occasions, one being the penalty.

“I was more pleased with his reaction to the mistake and I think that shows he is a top goalie.”

It was, arguably, the only major error Grabara made throughout 2017/18, such is his consistency and authority at the back. There is little Grabara can’t do at youth level, and his physicality and dynamism are reminiscent of Ward’s when he was a regular for the U21s—despite the Pole being just 19.

Given the uncertainty over the No. 1 role this summer, there could even be calls for Grabara to be handed a chance to impress.

This will, likely, prove too soon for the youngster, but his blend of brash confidence, proven quality and top-tier potential should see him contend for the gloves in years to come.

Liverpool certainly have faith in Grabara, handing him a new five-year contract at the end of 2017, and his presence in the pre-season squad underlines Klopp’s belief in him.

Asked of his aspirations for the next five years in the same interview with Przeglad Sportowy, Grabara expressed his desire to be a first-team regular by 23.

If he continues to progress at this rate, either for the U23s or even on loan, this may not be a stretch.