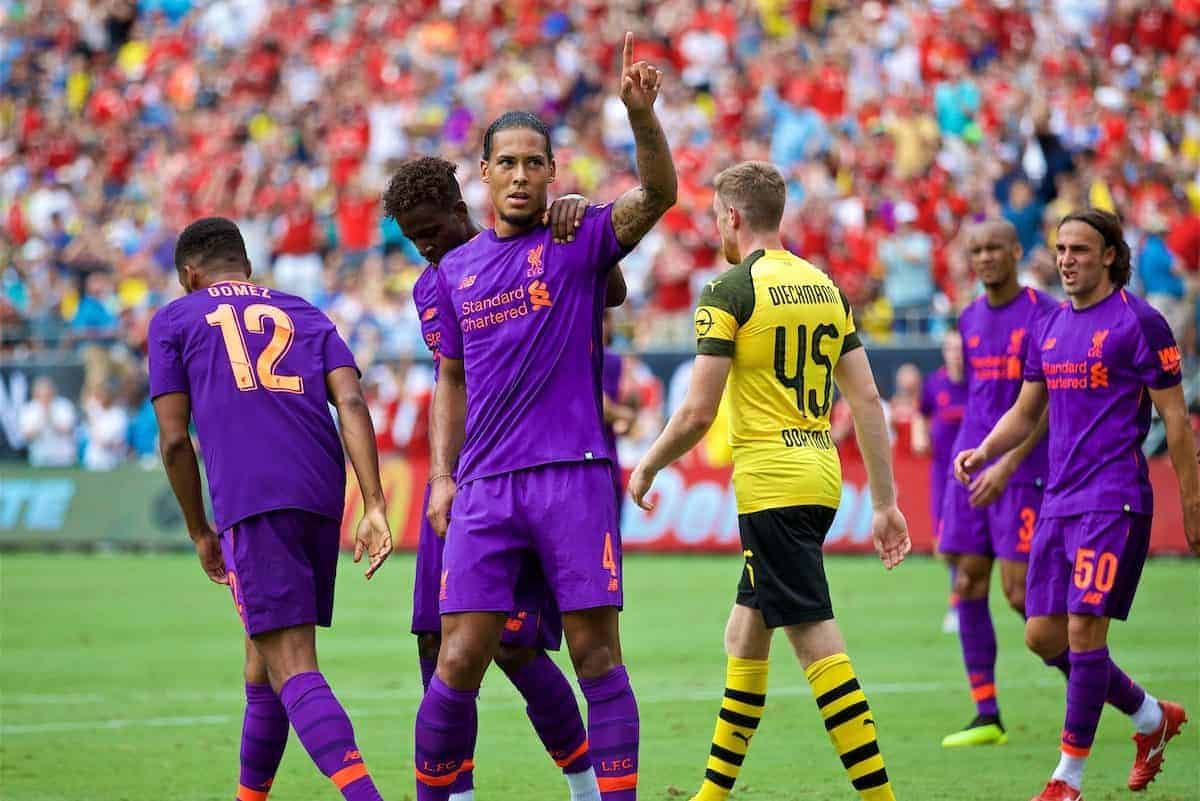 Liverpool played out a 3-1 loss to Borussia Dortmund in their opening International Champions Cup clash, on a lively Sunday in North Carolina. 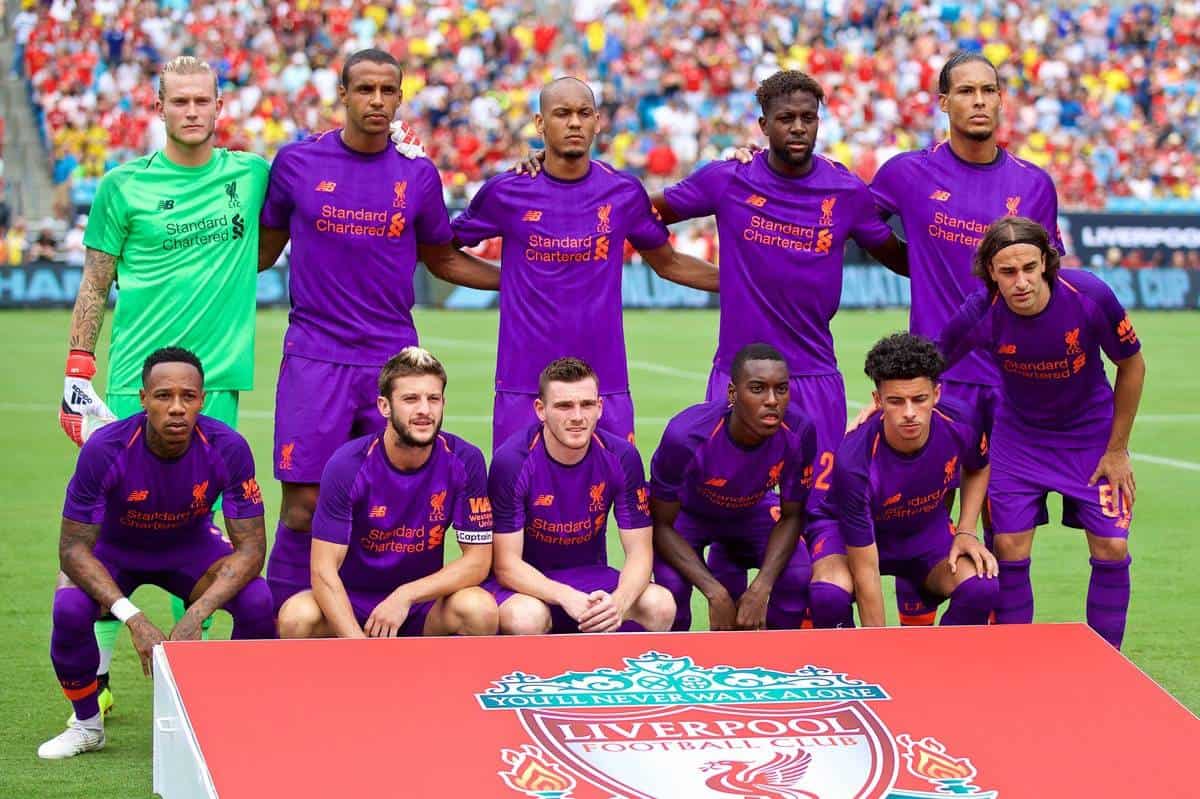 With Jurgen Klopp offering him an olive branch as backup to Alisson in the buildup, Loris Karius almost handed Dortmund a goal within four minutes, but Maximilian Philipp was unable to convert his shanked clearance.

The Reds were delivered a major blow on the 18th minute as Joel Matip headed straight down the tunnel holding his thigh after attempting a pass, having undergone surgery back in April.

His partner at the back put Liverpool a goal up soon after, however, as Virgil van Dijk rose highest in the penalty area to power home Andy Robertson‘s curling cross to make it 1-0.

Dortmund made a rare foray forward when Adam Lallana lost the ball in their half, but Karius was able to make a smart stop to deny a low cross from the right to keep his side ahead at the break. 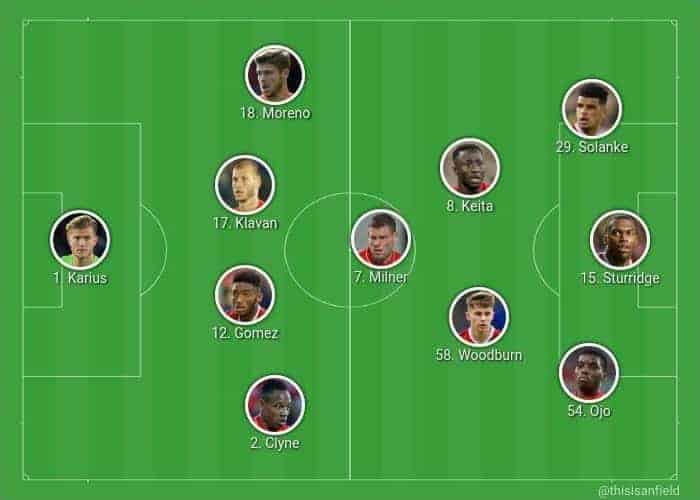 Klopp made eight changed at the break, with only Karius, Gomez and Nathaniel Clyne keeping their places as the likes of Naby Keita, Ben Woodburn and Daniel Sturridge came on.

Sturridge, in his fifth appearance of pre-season, was bright once again, and the striker flashed a long-range effort wide to bookend a quiet 15 minutes for the Reds.

Dominic Solanke has endured a markedly worse pre-season than his elder counterpart, and the 20-year-old missed a great opportunity to get his name on the scoresheet when he sent a header wide from inside the six-yard box.

A brilliant pass from Sturridge saw Sheyi Ojo through, but a smart save denied the winger as he saw his strike bounce back off the crossbar, with Keita unable to turn home the rebound.

But Dortmund grabbed their equaliser on 66 minutes when Christian Pulisic collided with Ragnar Klavan in the box after Solanke’s error, before dusting himself off to dispatch the penalty to make it 1-1.

And with the threat of a penalty shootout looming, a fine break from Dortmund saw Marcel Schmelzer cut back for Pulisic to drive home, before Jacob Bruun Larsen added another late on to consign the Reds to a first pre-season defeat.