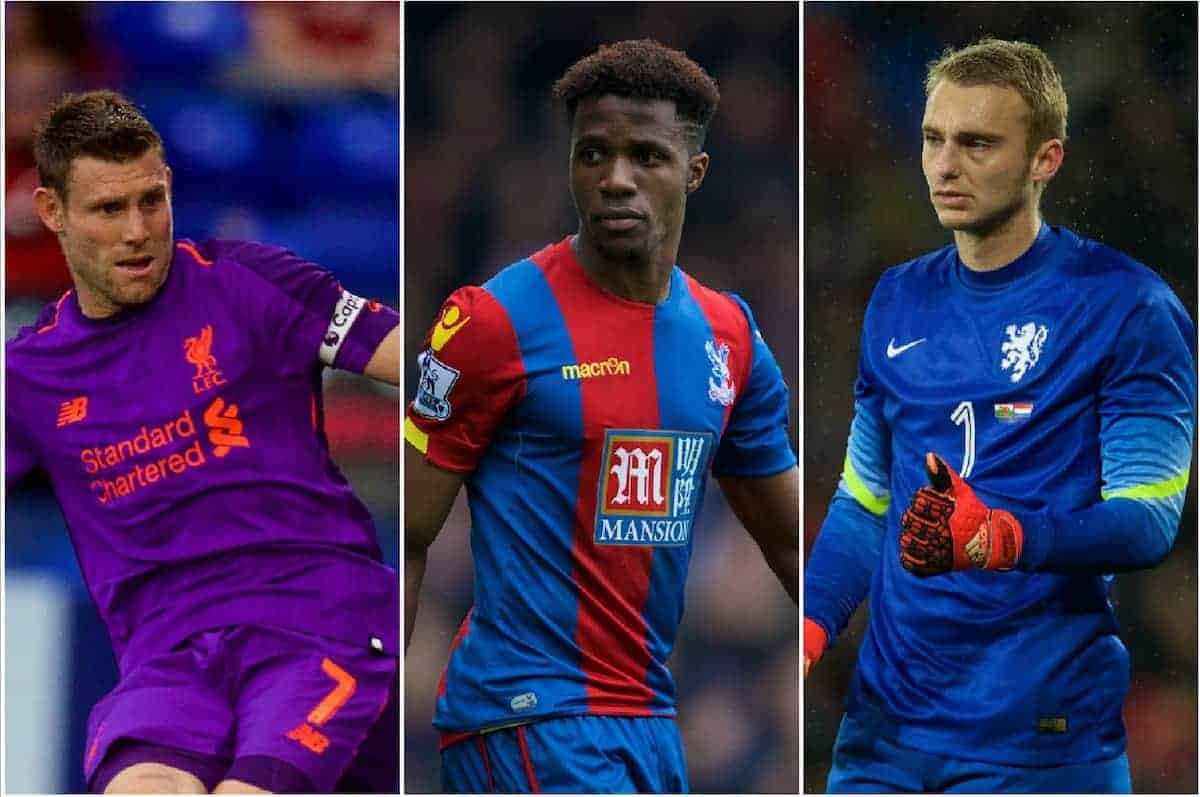 The next pre-season match is close and transfer stories continue to surround Liverpool in Friday’s news and rumour roundup.

Liverpool midfielder James Milner will be taking a team to Celtic Park in early September, raising money for the James Milner Foundation and the Stiliyan Petrov Foundation.

The duo were team-mates at Aston Villa, while Petrov also played for Celtic for a number of seasons.

Milner told the Celtic website that Reds team-mate Andy Robertson—a former Celtic youth player—had also been an influence on the choice of location for the match after constantly singing the SPL side’s praises.

The match will take place on September 8, when many of the Reds’ squad will be off on international duty.

Milner, retired from England action, will of course not be involved on the international scene at that time. Dejan Lovren is a World Cup finalist after his Croatia side beat England in the semi-finals, and he hasn’t wasted much time in bigging up his claims as one of the world’s finest as a result.

While Lovren claiming he’s one of the best defenders in the world might have raised eyebrows, others have also been impressed.

New Bayern Munich boss Niko Kovac — a former Croatia international himself — has suggested Lovren’s displays have been on par with a star from the last tournament.

“For me, Lovren is playing at a level similar to Jerome Boateng at the 2014 World Cup,” Kovac reportedly praised.

Reported goalkeeper target Jasper Cillessen will be allowed to leave Barcelona for €30 million, according to Spanish outlet Sport.

The Dutch goalkeeper has been heavily linked with the Reds, though estimations in the transfer fee have ranged wildly.

Now it has been reported that Barca have accepted he wants to leave and are looking at replacements – but that Cillessen has not yet chosen where to ply his trade next term.

The Reds have given no real indication that they’re in the market for a goalkeeper this summer, leaving Danny Ward and Loris Karius to fight it out in pre-season.

Reds may go head-to-head with Everton on Zaha? Goal’s Neil Jones reports that Everton may make a £50 million move for Crystal Palace winger Wilf Zaha as part of a summer overhaul – but Liverpool may follow suit.

Zaha earned plenty of admirers last season as he played a key role for the Eagles, and he won’t come cheap this summer.

Tottenham and Borussia Dortmund are also said to be interested if there is any possibility of Zaha leaving Selhurst Park, but the Merseyside rivals going head-to-head is another. Liverpool will receive around £2 million from FIFA after the sucessful World Cup participation for several players in Russia.

With Dejan Lovren reaching the final with Croatia, plus Simon Mignolet, Jordan Henderson and Trent Alexander-Arnold all making the semi finals, Liverpool will profit.

Overall, Liverpool will receive just over £2 million – which is the 12th most for any club, but less than the likes of Man City, Man United, Chelsea and Tottenham. Xherdan Shaqiri is expected to be confirmed as a Liverpool player on either Friday evening or Saturday before the Reds’ play at Bury.

The Swiss winger underwent his medical and media duties at Melwood on Friday and is expected to take up the No.23 shirt recently vacated by Emre Can.