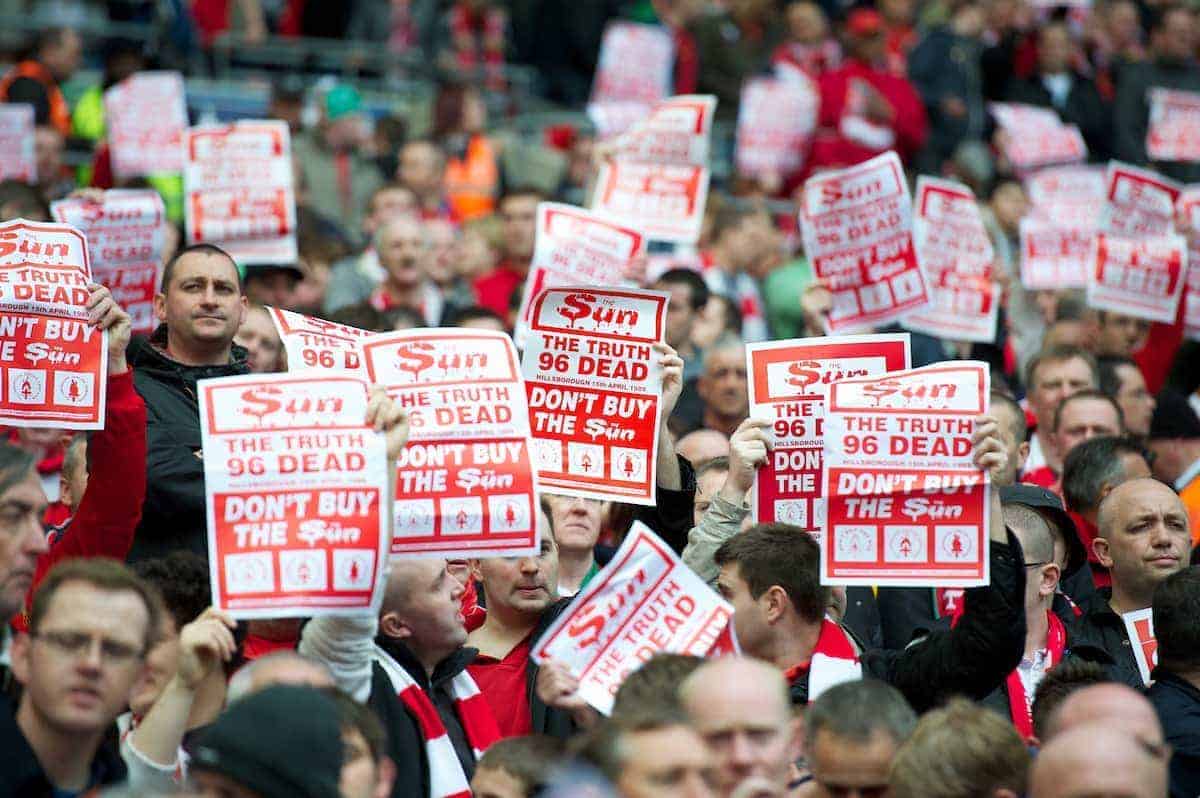 Mo Salah‘s agent is now an honorary scouser after calling The S*n newspaper a disgrace.

The so-called newspaper, boycotted on Merseyside since its reporting in the aftermath of the Hillsborough disaster in 1989, provided another example of its gutter journalism ahead of England’s World Cup second round tie against Colombia.

To save you going to look for it, the headline reads: “As 3 Lions face nation that gave world Shakira, great coffee and er, other stuff, we say.. GO KANE!”

In response, Salah’s agent Ramy Abbas Tweeted on Tuesday: “The cover of the @TheSun about Colombia is a disgrace… but true to form. It’s a paper not even worthy of being trampled on.”

A year ago Liverpool FC officially banned journalists (use that term loosely) of The S*n newspaper from Anfield, Melwood and all official LFC events.