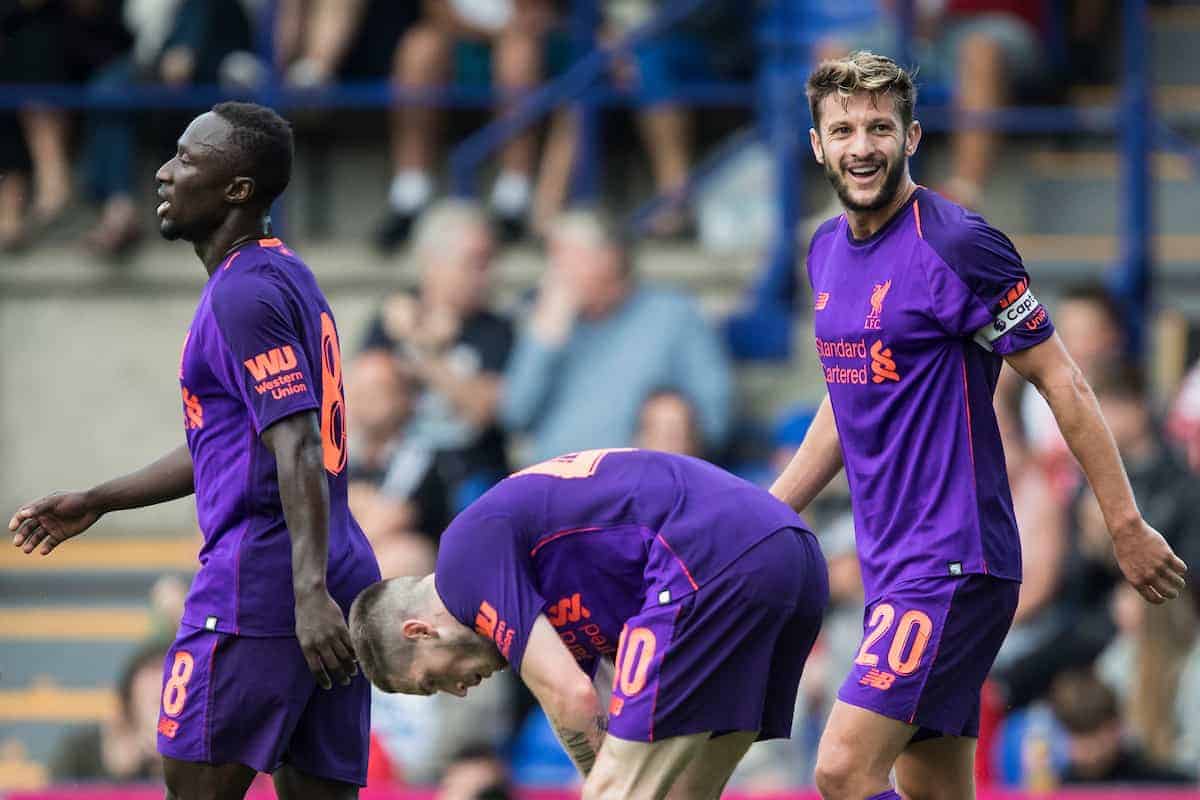 Liverpool will play their fourth pre-season friendly of the summer on Thursday evening (7.45pm) against Championship outfit Blackburn – the final fixture before Jurgen Klopp and his squad depart for the US tour.

The Reds have beaten Chester and Tranmere 7-0 and 3-2 respectively so far, before a 0-0 draw against League Two outfit, Bury, last time out.

Klopp will be keen to ensure standards do not slip, as Liverpool haven’t quite been at the races in the last two friendlies, while Blackburn will provide the sternest opposition so far.

Gini Wijnaldum is an injury doubt having trained separately from the rest of the squad during the week, while Harry Wilson will no longer be available for selection after completing a season-long loan move to Derby County. 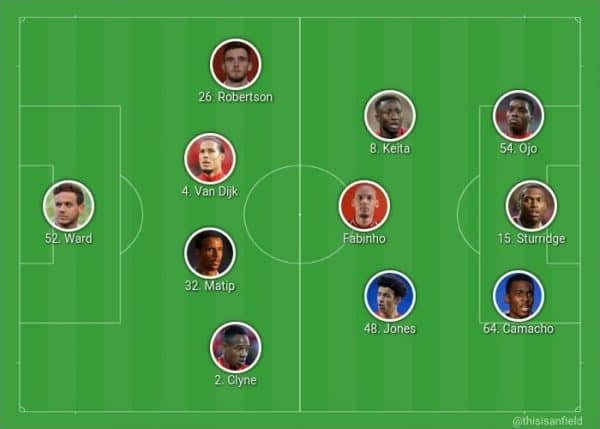 Danny Ward has been guaranteed a start in this fixture and could play the full 90 minutes, but suggestions that he would be given the opportunity to seize the No.1 spot this season have taken a heavy blow, with Liverpool having agreed a world-record fee to sign Alisson from Roma.

The back four is likely to be the one which starts the season, given that both Dejan Lovren and Trent Alexander-Arnold will only return to pre-season in August and are unlikely to be deemed ready for the opening fixture.

Klopp will want to give that defensive unit time to gel during pre-season, while it would also be useful to see how Fabinho and Naby Keita can strike up an understanding playing together before the start of the new campaign – while Curtis Jones has been a standout feature of pre-season so far.

Rafael Camacho and Sheyi Ojo provide youthful pace and trickery out wide, and Daniel Sturridge will hope to continue his push to earn a place in Klopp’s plans for this season after an impressive string of performances in pre-season so far. 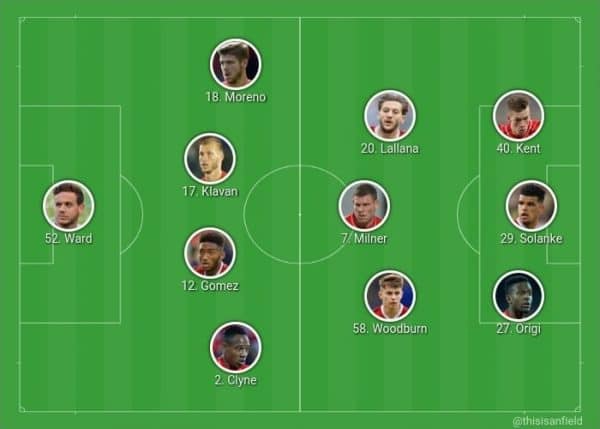 Ward is likely to play in both halves, and Nathaniel Clyne could do with building up his match fitness as much as possible after he missed almost the entirety of last season with injury, and given the likelihood he will be needed at the start of the season.

Gomez, meanwhile, could be given a chance to shine at centre back, a position which is deemed his most natural long-term role, but one in in which he hasn’t fully convinced so far.

There are very few links to any centre-back targets for Liverpool, and if Gomez can step up in that position this season, he has a chance of pushing himself ahead of Joel Matip and Ragnar Klavan in the pecking order.

In midfield, Adam Lallana also needs to rack up plenty of minutes after his own injury-hit campaign last time out, while Ben Woodburn can offer the creative spark in a central position in which he has shown encouraging signs of late, where his lack of raw pace is less evident and his vision and dribbling ability can shine through.

Up top, all three players have a job on their hands to be a part of Klopp’s squad this season. For Ryan Kent in particular, this pre-season might be more of an opportunity to play his way towards a summer move as opposed to any realistic prospect of forcing his way into the first team.

With Rhian Brewster having just signed a new long-term deal, and Xherdan Shaqiri joining the club, both Dominic Solanke and Divock Origi will be under pressure to impress the manager and show that they still have something to contribute for Liverpool this season.

Karius is highly unlike to feature in this fixture after playing an hour against Bury, while there’s a small chance Wijnaldum could make his return despite a recent minor muscle injury.

It’s difficult to see where Chirivella breaks into the side given the wealth of options available to Klopp in midfield, while Nathaniel Phillips will most likely be relegated to the bench if Klopp decides to trial Gomez at centre back in one half. 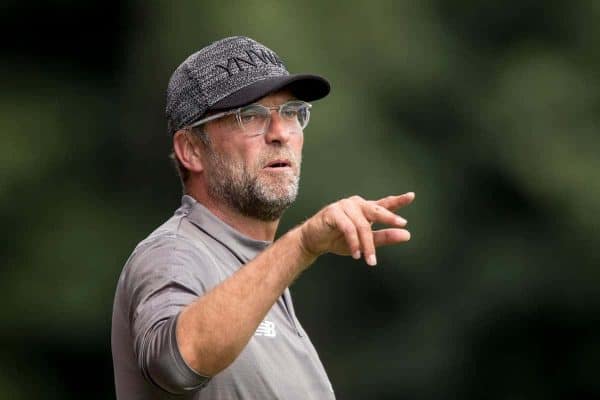 Danny Ings remains absent through injury, while Lazar Markovic has no future at the club and will be awaiting offers to leave this summer.

New arrival Shaqiri will link up with the squad for the US tour along with Mohamed Salah and Sadio Mane, while Roberto Firmino will join the squad in France thereafter.