Liverpool have arrived in the USA ahead of their three tour games in the next week, but Saturday sees a crazy claim over Simon Mignolet‘s potential future.

Let’s get this one out the way straight away then – Spanish paper Marca claim Simon Mignolet is on a six-man shortlist for Barcelona for a back-up goalkeeper to Marc-Andre Ter Stegen.

Ter Stegen’s prominence at the Nou Camp means Jasper Cillessen is seeking a move away – and indeed was often linked with Liverpool – and therefore Barca will need a new No.2.

It would be an incredible move 30-year-old Mignolet, who will surely seek a move away from Anfield on his return to the club next month.

And so it begins. Just landed in Charlotte to begin our US Tour. Looking forward to seeing all of our fans out here over the next week. 3 games in 6 days…#ThisMeansMore pic.twitter.com/EvXdwKK70E

The Liverpool squad arrived in Charlotte, North Carolina on Saturday morning, ahead of Sunday’s match against Borussia Dortmund.

Unlike last time in the States two years ago, Liverpool won’t have one training base for the week, moving between Charlotte, New Jersey and Michigan. Klopp would much prefer a training base so hopefully the boss doesn’t get too irritable!

Instead, the whole squad will head to southern France for a week-long training camp after the trip to America.

Moreno on the new boys

We’re all getting a little more excited about the arrival of Naby Keita after watching his all-action display against Blackburn on Thursday night, and Alberto Moreno has been discussing the new No.8’s arrival.

“From what I’ve seen of Naby in training, he’s just incredible! As we say in Spain, he’s a real pit bull,” he said.

“With both Naby and Fabinho and now Shaqiri, we’ve brought in top, top players. Everybody knows that Fabinho is a great midfielder.

“I’m still to see Shaqiri but everyone knows him well for his stats and his Premier League record, and how well he performs.

“I think they are three guys who are going to entertain the fans and give us an awful lot this campaign.”

Stay tuned to This Is Anfield throughout the tour for plenty from us Stateside. Read our feature on the Charlotte Reds, here. 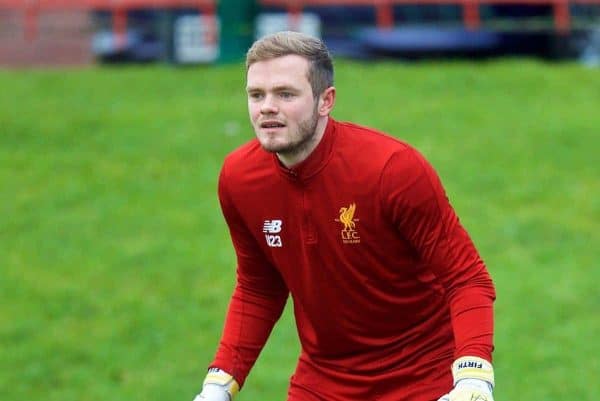 Under-23s goalkeeper Andy Firth has made a permanent move to National League side Barrow AFC.

The 21-year-old had been at the club since age 11 and only signed a new contract with the Reds a fortnight ago, so the move is a little odd.

He spent time on loan at Chester FC last season, but with Kamil Grabara, Caoimhin Kelleher and Shamal George all competing for the No.1 spot at U23 level, it’s probably a wise move.