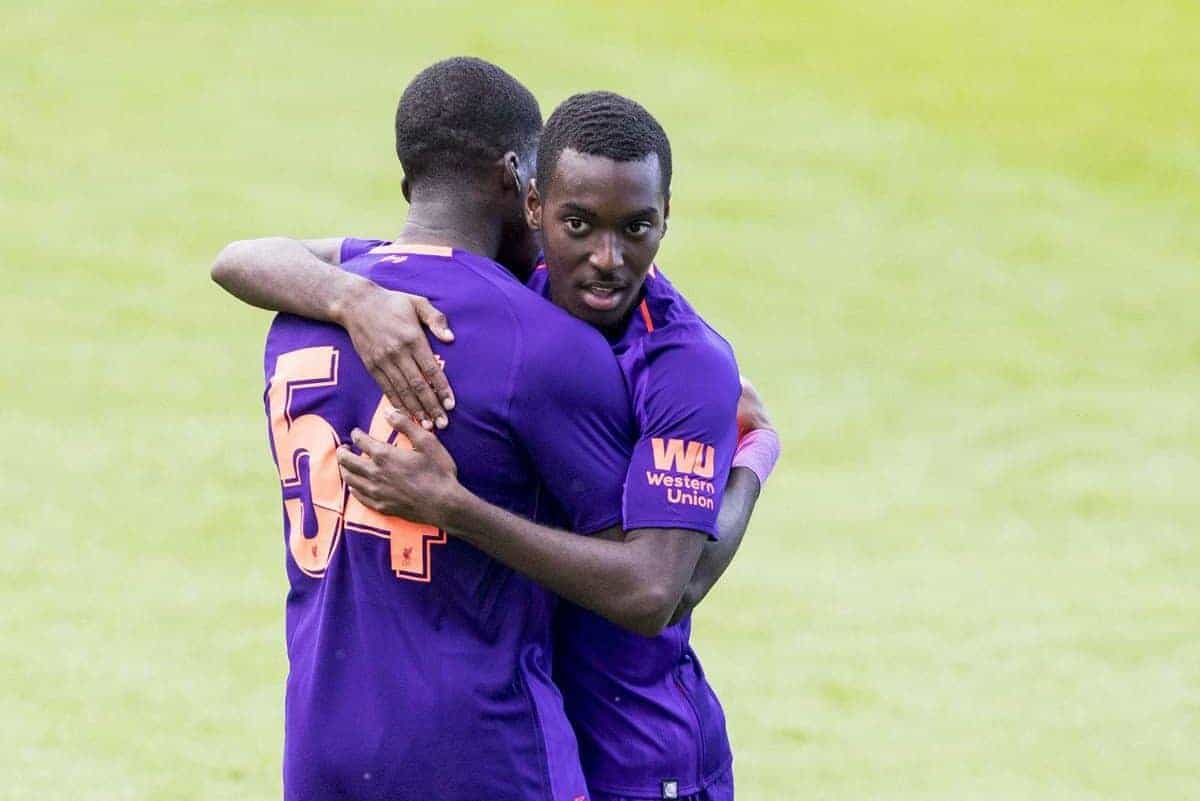 Following Saturday’s 7-0 drubbing of Chester, the Reds looked to put on a show in sunny Birkenhead.

Jurgen Klopp named two different starting lineups for each half across the Mersey, but only one XI impressed in a hit-and-miss display.

Rafa Camacho opened the scoring with a smart finish early on in the contest, as the Reds dominated the opening exchanges. Andy Robertson looked well back in his stride, putting in several good balls from the left – Dominic Solanke should have done better on the end of one of them. Sheyi Ojo doubled Liverpool’s lead with an even better effort, cutting onto his deadly left foot to find the bottom corner. When Adam Lallana made it 3-0 Klopp’s men were flying, and it was just rewards for an excellent individual performance by the 30-year-old. Naby Keita was a low-key figure in the middle of the park as he continues to adjust to life at Anfield. Everything was going smoothly until Karius produced a moment he will have dreaded all summer, dropping a free-kick and allowing Tranmere to pull a goal back. The hosts pulled another goal back late in the day but Liverpool held on for the win, with the classy Curtis Jones one of the few to impress in the second half. Next up for Liverpool is the trip to Bury on Saturday afternoon, as they look to make it three wins out of three this summer.