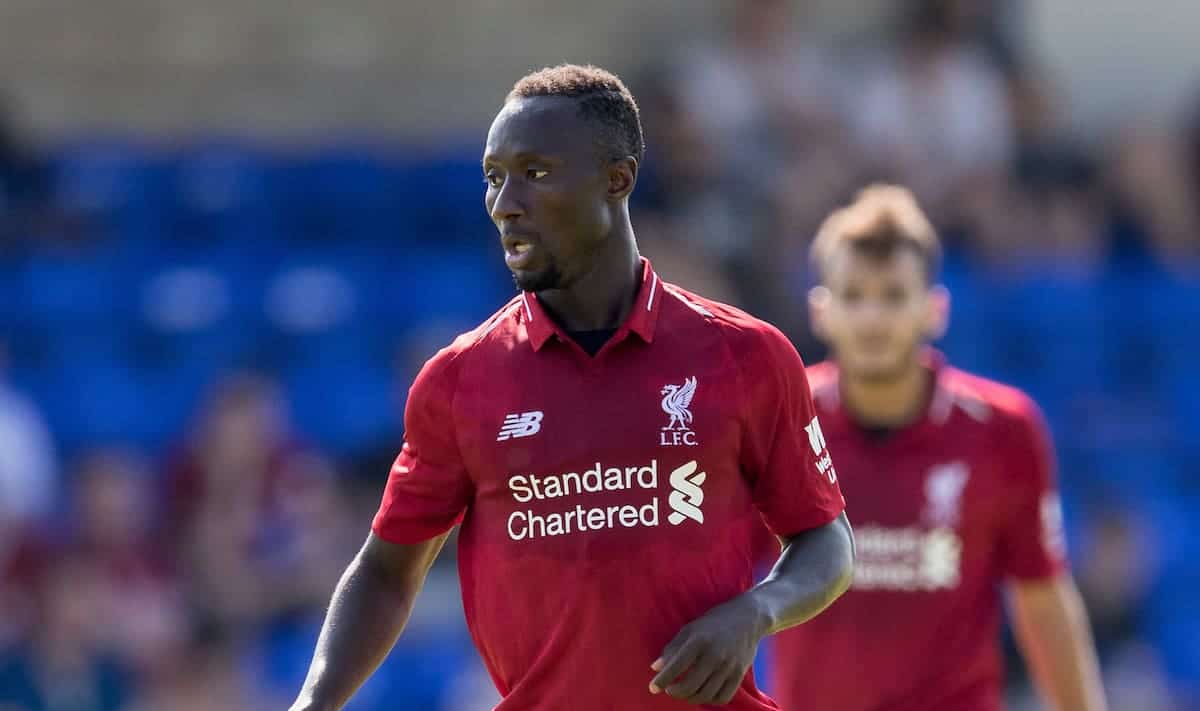 Liverpool enjoyed a comfortable first pre-season friendly of the summer in sweltering heat in Chester on Saturday afternoon.

The game ended in a 7-0 win for the Reds, with goals from Harry Wilson (two), James Milner (penalty), Daniel Sturridge (two), Ryan Kent and Danny Ings.

As ever with these early pre-season games, Jurgen Klopp used two different XIs for each half, meaning new signings Fabinho and Naby Keita got 45 minutes each. Klopp used a 4-2-3-1 formation, perhaps due to his limited options and with a host of players returning from loan spells who play in similar positions in attack.

One of those returning players was winger Harry Wilson, who enjoyed a very impressive spell at Hull City last season. The Welshman scored both the goals in the first half and looked in good shape. Sturridge looked sharp in the second half, scoring twice and also chipping the ‘keeper with another effort. Don’t you dare say ‘like a new signing….’!

Most the eyes on were on the new signings, and while Fabinho didn’t do too much to impress in the first 45, Keita grew into the game and showed some nice touches, good physicality and solid passing. It has taken a long time to see the Reds’ new No.8 in action and he will profit from a full pre-season under Klopp.

After the match, Klopp joked that he would have stayed at home and watched England play in their quarter-final, so was impressed that over 4,000 fans turned out at the Deva Stadium.

Next up for the Reds is a trip to Prenton Park to face Merseyside neighbours Tranmere Rovers on Tuesday night.