Liverpool take on West Ham at Anfield in their Premier League opener this afternoon, with Jurgen Klopp handing two players their competitive debuts.

The Reds will look to kick off the campaign with three points at home, as they welcome Manuel Pellegrini’s much-changed Hammers to Merseyside.

After a productive pre-season that ended with a 3-1 victory over Torino at the same ground, Klopp’s side can be confident of a strong start.

To this end, the manager is boosted by the availability of a host of summer signings, and has named an impressive squad to begin his third full season with Liverpool.

Alisson starts in goal, and will be looking for a clean sheet on his debut, after excelling against both Napoli and Torino in pre-season.

Georginio Wijnaldum is set to take up duties as the No. 6 in midfield, flanked by James Milner and Naby Keita, with all eyes on the Guinean.

And looking to emulate their exceptional season together last time out, Mohamed Salah, Sadio Mane and Roberto Firmino line up in attack, tasked with firing the Reds to a win.

New signings Fabinho and Xherdan Shaqiri make the substitutes’ bench, along with Daniel Sturridge, though the likes of Alberto Moreno and Dominic Solanke miss out. 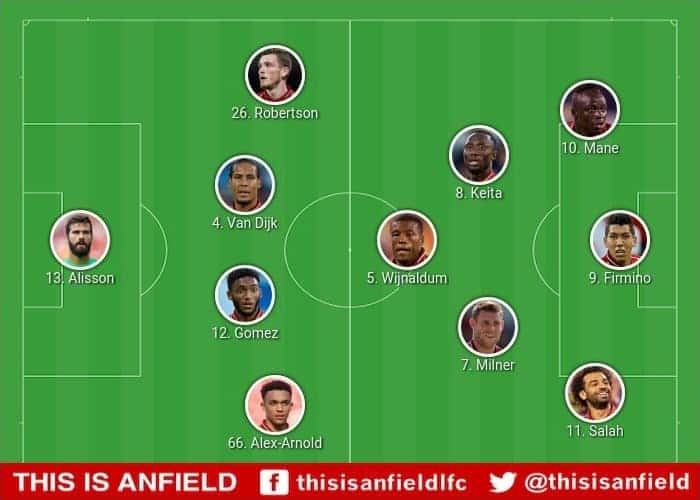