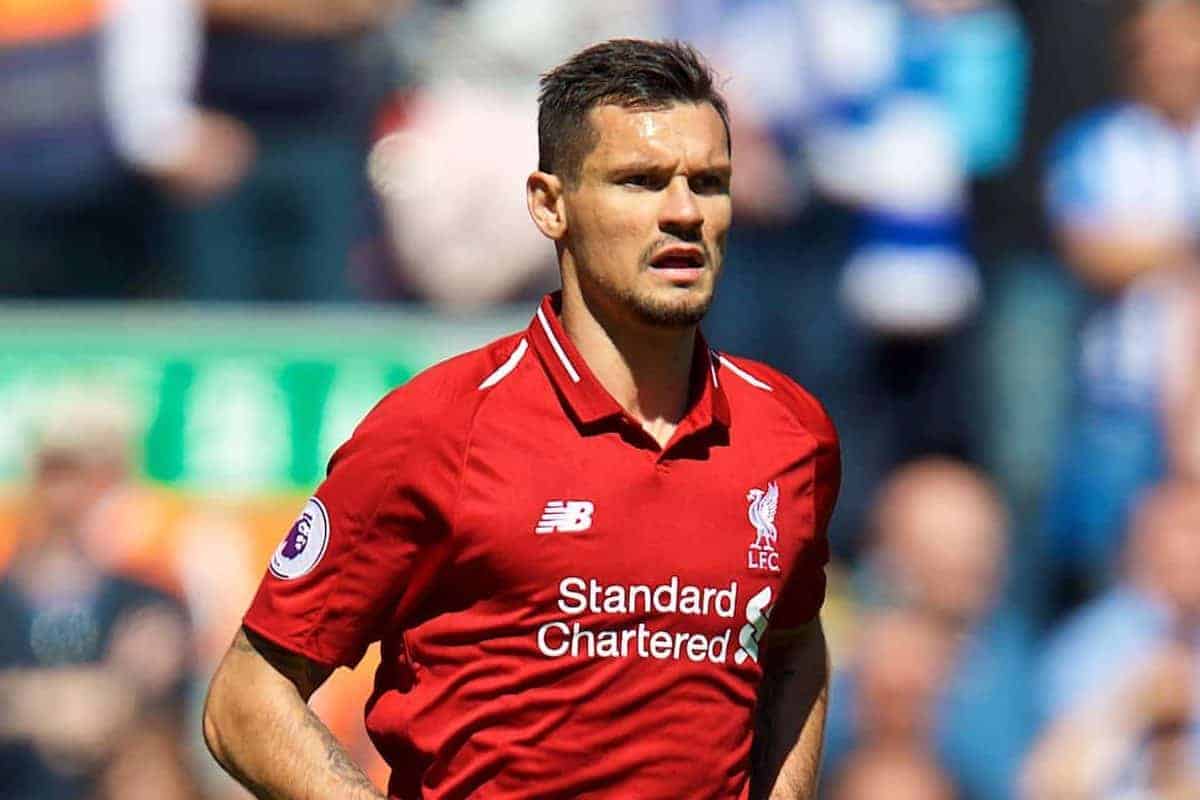 Jurgen Klopp is hopeful Dejan Lovren can return to training in the near future, after the Liverpool defender revealed he was struggling with injury.

Lovren initially declared himself fit for the Reds’ Premier League opener at home to West Ham, but was ultimately absent from Sunday’s 4-0 win.

This came after he explained in an interview with a Croatian outlet that he “cannot train at all because of stomach muscle issues,” with the 29-year-old visiting a specialist in the Netherlands.

With both Joel Matip and Ragnar Klavan already sidelined this came as a blow to Klopp, who opted against signing another centre-back in the summer despite clear issues with fitness in his ranks.

Speaking to reporters after Liverpool’s thrashing of West Ham, Klopp cast an optimistic view over Lovren’s injury, though he conceded: “Obviously he’s not fit yet.”

“He had a few problems with that last year, but he could obviously play. He played really good, to be honest.

“Recovery days were always enough, it was not a problem in the next session again.

“We didn’t ‘train’ a lot at the end of the season of course, because we were constantly playing, but he played constantly.

“Now in the World Cup obviously [playing] three times, 120 minutes, he got a bit worse. But I’m pretty sure it will settle in the next one, two, three weeks I would say.

“In that time he can for sure train already, but not the full programme, so that will take time.

“It’s serious, but not that serious, so it’s not that we need to be afraid that it takes until whenever.

“In the moment he’s not available, that’s true.”

Klopp may not be too concerned with Lovren’s absence due to a strong display from Joe Gomez at the heart of defence on Sunday, with the youngster shining alongside Virgil van Dijk.

But with Lovren continually struggling for full fitness, much like Matip and Klavan, this should be something Klopp addresses in the future.