The Reds have set a lofty valuation for Origi despite the striker heading into the penultimate year of his contract this summer, after a disappointing loan spell with Wolfsburg.

Valencia were suggested to be weighing up a move for the 23-year-old, but ultimately signed his compatriot Michy Batshuayi on loan from Chelsea.

This has left Origi still without a switch with less than a fortnight to go until the end of the transfer window in Europe.

But according to the Liverpool Echo‘s James Pearce, he has already turned down a big-money move to Wolves, who were prepared to offer a deal worth over £22 million.

While this would have provided a good solution for all parties, Origi clearly has ambitions of playing at a ‘bigger’ club, and could be provided the opportunity to do so by Dortmund.

Pearce writes that “the Bundesliga outfit have registered their interest but have yet to table an offer,” with Liverpool set to “hold out for what they want.”

“Klopp is prepared to sanction the sale of Origi to his former club,” he adds. 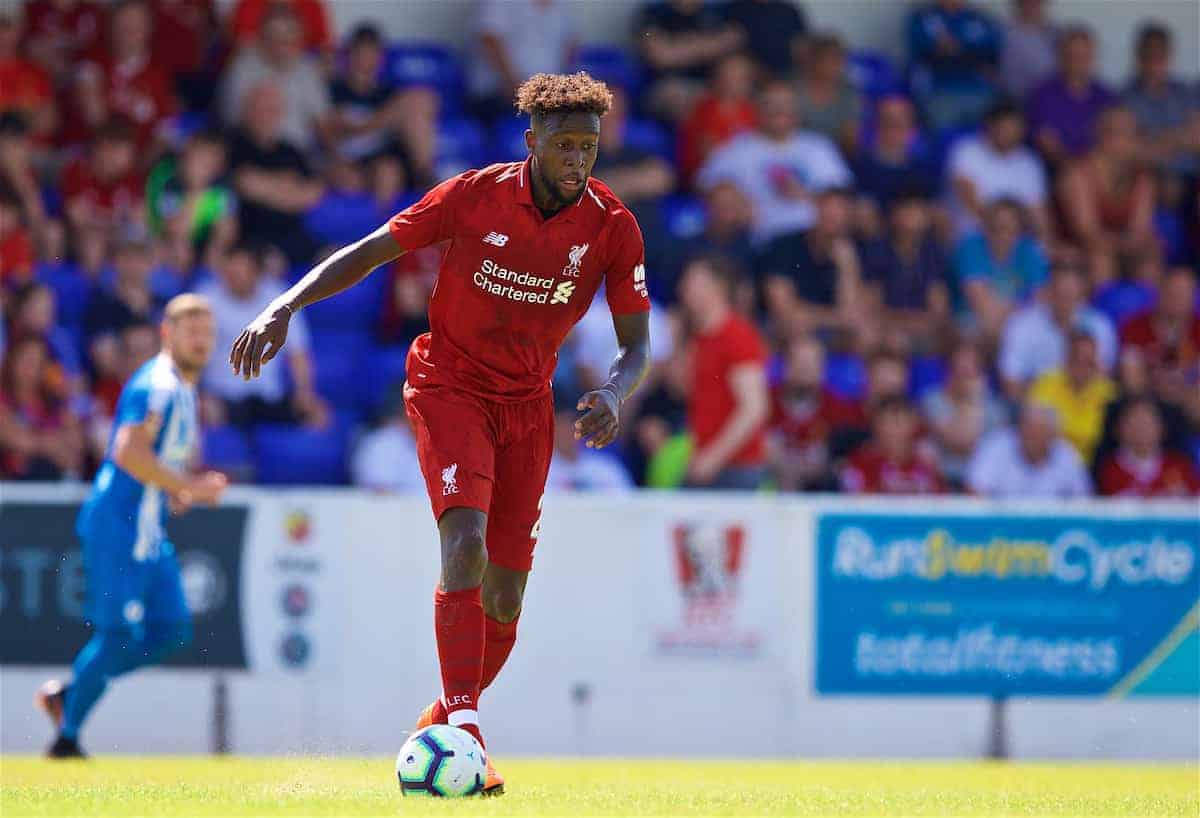 Klopp’s opposite number, Lucien Favre, is said to be “desperate to bolster his strike force,” which could boost the Reds’ chances of receiving their full valuation.

The Bundesliga challengers are certainly short of options up front, and Favre has experimented with both Marco Reus and Maximilian Philipp in the focal role in pre-season.

Origi scored seven goals in 37 games for Wolfsburg last term, but Dortmund will be hoping he could recapture the form that saw him score twice against them on the road to the Europa League final in 2016.

But given the 23-year-old’s form both in 2017/18 and in their warmup friendlies, the Reds can consider themselves to have conducted more excellent business if they secure £27 million.

He is unlikely to be the only player to leave before September 1, with Simon Mignolet and Lazar Markovic among those heading for the exit.

Marko Grujic has already sealed a season-long loan move to Hertha Berlin, after signing a new five-year contract with Liverpool on Sunday.