Liverpool kick-off their Premier League season on Sunday afternoon, as a new-look West Ham side make the trip to Merseyside.

Watch Liverpool vs. West Ham and more Premier League football this season with Sky Sports. Click here to upgrade to all Sky Sports channels for £20 per month.

It has been a great summer at Anfield, with pre-season a roaring success and transfer business up there with the most productive in years.

The arrival of Alisson, Fabinho, Naby Keita and Xherdan Shaqiri has added so much quality and there is now genuine belief surrounding a title push.

Key trio Mohamed Salah, Sadio Mane and Roberto Firmino are raring to go, Virgil van Dijk is marshalling the troops at the back and the likes of Trent Alexander-Arnold, Dejan Lovren and Andy Robertson will hope to push on again.

There hasn’t been such a feel-good factor at the club in a long time and the Jurgen Klopp revolution is now in full swing.

Liverpool come up against a West Ham team with aspirations of their own, however, having spent big and acquired the services of Manuel Pellegrini this summer.

There has even been talk of a top-six finish, which while bold, does highlight their level of ambition in 2018/19.

Liverpool won’t have it all their own way this weekend, but with the class at their disposal you would expect three points to be registered.

Will this be the Reds’ year? Whatever happens, it’s going to be one hell of a ride. 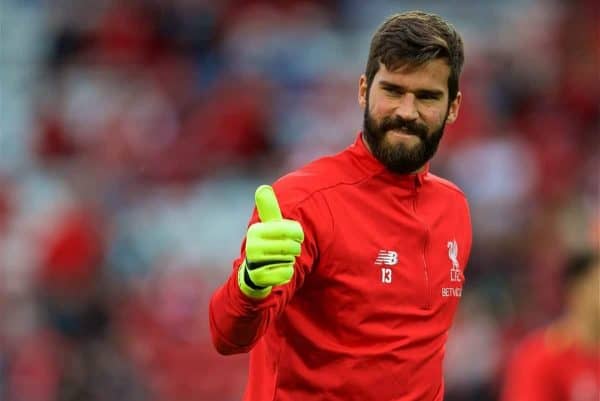 Klopp is widely expected to hand full debuts to two of his new signings, with Alisson and Keita both expected to start.

Fabinho could miss out through illness, however, and Shaqiri is likely to have to make do with a place on the substitutes’ bench.

Lovren is sidelined with an injury, Ragnar Klavan is injured and both Joel Matip and Joe Gomez are doubts, meaning 21-year-old Nathaniel Phillips could start alongside Van Dijk at centre-back.

Alexander-Arnold’s lack of football in pre-season could mean Nathaniel Clyne is preferred at right-back, but the former looked sharp on Tuesday. Robertson will start at left-back.

James Milner and Gini Wijnaldum will both hope for a starting berth in midfield – Milner has recovered from a head injury that required 15 stitches – with Jordan Henderson a slightly under-cooked option, if required.

Shaqiri’s impressive form could see him fielded in an attacking midfield role, with Wijnaldum playing as a No.6, should there be no Fabinho or Henderson.

Salah, Mane and Firmino will again line-up together in attack, as they look replicate their incredible efforts of last season, which saw them score a combined 91 goals.

New signing Andriy Yarmolenko is a minor doubt with a hip problem.

Last 5 at home to West Ham (All Competitions) 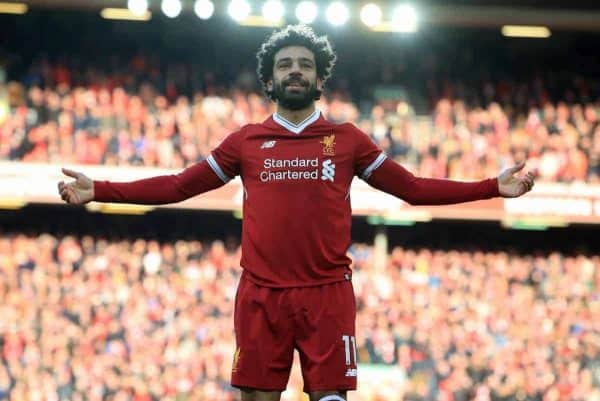 West Ham were going nowhere under the dour management of David Moyes and bringing in Pellegrini in place of the ex-Everton boss is a great coup.

The Chilean has undoubted pedigree and he has built a squad that has as good chance as anyone of being the best of the rest, behind the so-called ‘big six’.

Felipe Anderson is a very exciting signing from Lazio, with the Brazilian set to add flair and end product to the Hammers’ attack.

The acquisition of Yarmolenko from Borussia Dortmund could also be a big success, with the Ukrainian linking up with Anderson, Marko Arnautovic and Javier Hernandez in a fierce-looking forward line.

It will also be intriguing to see how Jack Wilshere fares at his new club, while Lukasz Fabianski, Issa Diop, Fabian Balbuena and Ryan Fredericks should all make West Ham stronger defensively, too.

All in all, there is reason to feel positive in east London. 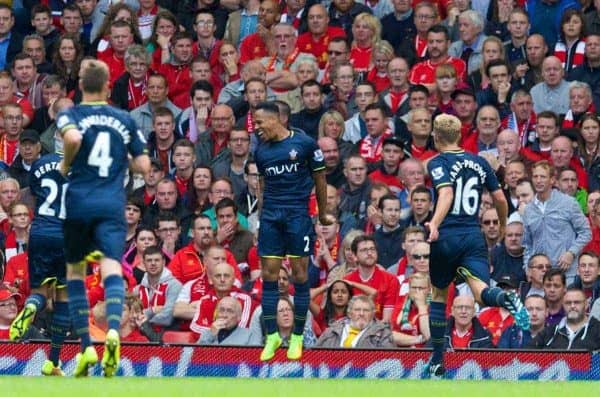 The last time Liverpool had a home game to start their Premier League season was back in 2014/15, when they beat Southampton 2-1, thanks to goals from Raheem Sterling and Daniel Sturridge.

Saints’ goalscorer was a certain Nathaniel Clyne, who would move to Anfield the following summer.

Speaking in his pre-match press conference on Friday, Klopp brilliantly compared Liverpool to Rocky Balboa, with regards to their chances of toppling Man City:

“The [Community Shield] game against Chelsea was impressive from both sides, there’s top quality.

“We are still Rocky Balboa and not Ivan Drago, we have to fight more and do more things. That must be our attitude. We didn’t reach anything so far. We were in finals, yes, but if we got to the final we should win it this time.

“In the moment it’s nothing, it’s like scientists—[in theory] it really works. We have to be like Rocky.”

Chris Williams is in charge of This is Anfield’s live blog from 12:45pm, bringing you lots of great content throughout the afternoon. 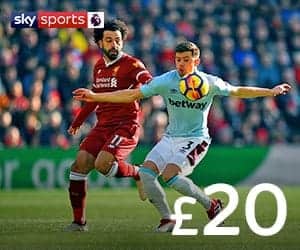 Watch Liverpool vs. West Ham and more Premier League football this season with Sky Sports. Click here to upgrade to all Sky Sports channels for £20 per month.