The Liverpool U18s got back to winning ways as Paul Glatzel netted a fine hat-trick on the way to a 5-1 win at home to West Brom on Saturday.

After a miserable 3-1 defeat to Man United last time out, the young Reds took on West Brom at Kirkby as they looked to return to form in the U18 Premier League.

The U18s got off to a frustrating start, however, as a brilliant strike from Morgan Rogers put West Brom 1-0 up early on.

But they restored parity soon after, with Glatzel continuing his fine run of form with an excellent effort, to ensure his record of scoring in every game so far continues.

And the striker added another via a deflection minutes later, as Liverpool took control of the game on a wet afternoon on Merseyside.

Centre-back Rhys Williams had the ball in the back of the net but saw his goal ruled out due to a foul, with Barry Lewtas engaging in a heated exchange on the touchline as a result.

The U18s extended their lead before the break, however, with Bobby Duncan joining his strike partner on the scoresheet with his second since joining from Man City in the summer. 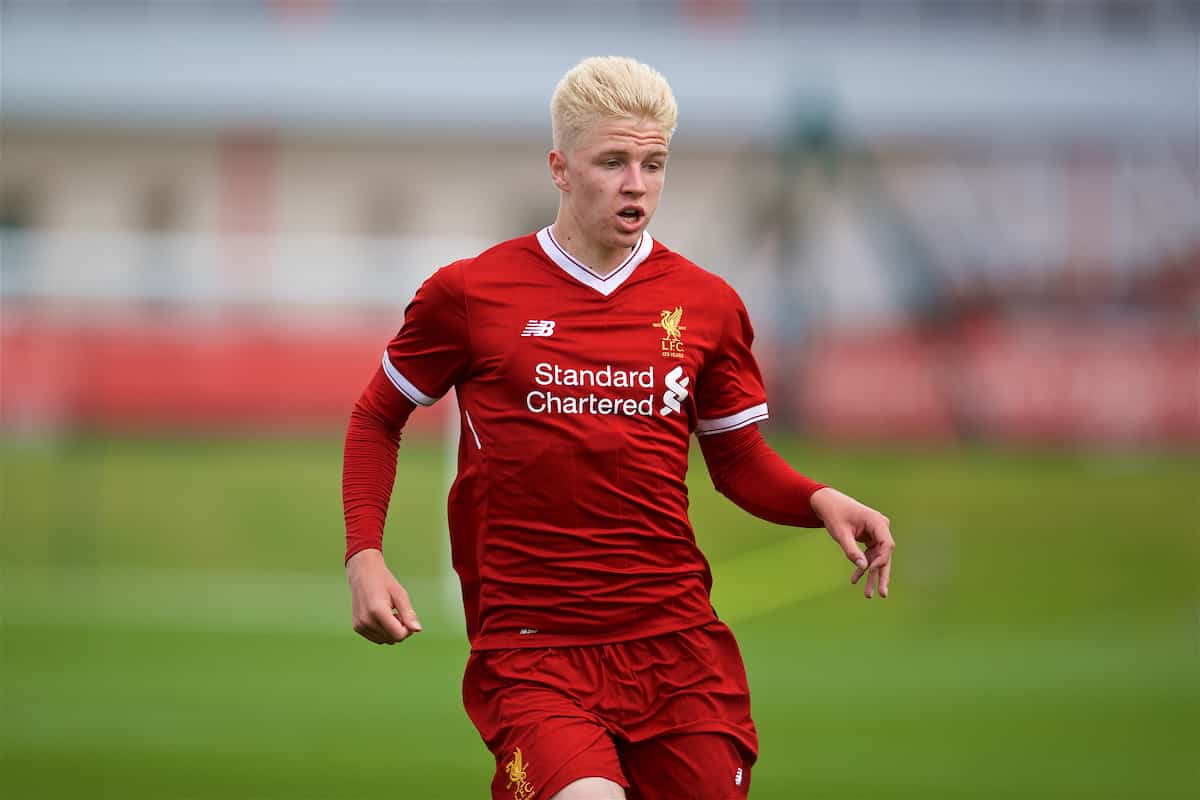 Lewtas made no changes at the break, and was almost immediately rewarded as Glatzel sealed his hat-trick on 48 minutes, clipping home to stretch the lead to three goals.

A foul on Abdi Sharif in the penalty area gave Duncan the opportunity to catch up with his fellow forward, and the 17-year-old converted his spot-kick with ease to notch his brace.

With the confidence flowing, the young Reds looked to pile on the misery for the visitors, and Lewtas introduced Elijah Dixon-Bonner to provide further control from midfield.

But Glatzel was denied the chance to add another goal as he was withdrawn with just under 25 minutes to play, with Fidel O’Rourke, another new face promoted from the U16s, taking over up front.

Duncan believed he’d sealed a hat-trick of his own with the final whistle approaching, but the youngster’s effort was disallowed with the ball going out of play in the buildup.

There was no disappointment at full-time, however, as Liverpool kept up the pace at the top end of the table.

Subs not used: B. Williams, Savage