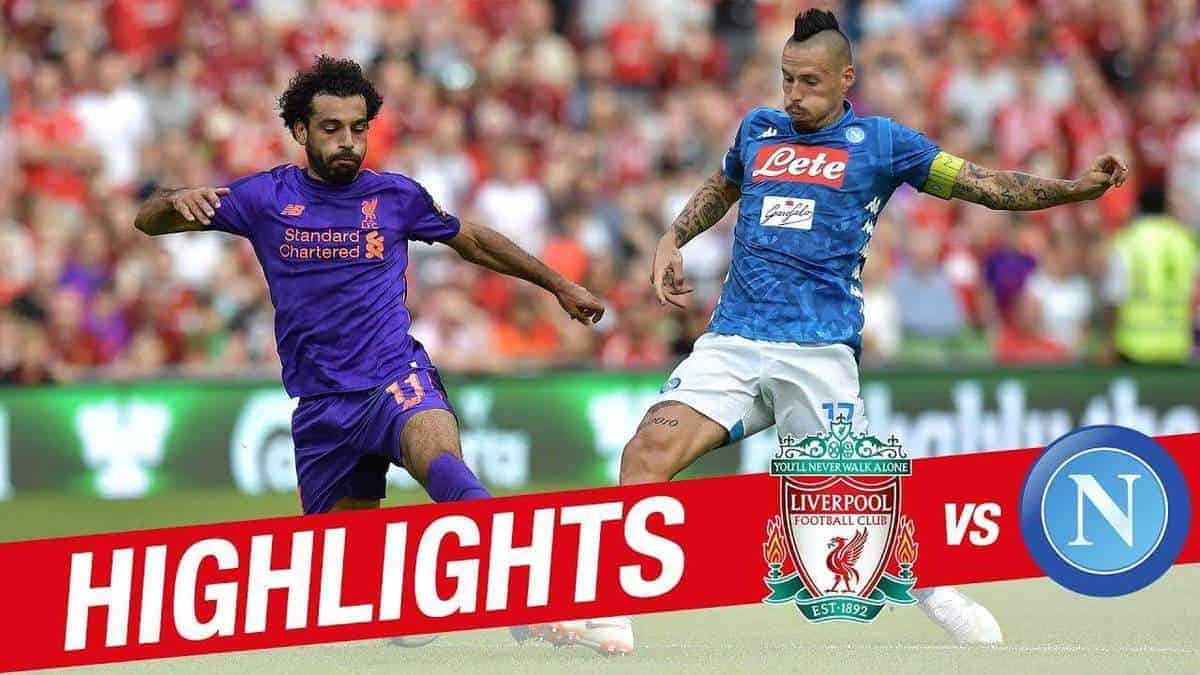 Liverpool’s weekend friendly in Dublin was an occasion to savour, with the Reds knocking five past Napoli as Alisson made his debut.

Pre-season has been, overall, a very positive few weeks for Jurgen Klopp and Co, with the team dealing admirably with the staggered returns of the World Cup players.

While a handful have played just one or two games—or not at all for the three latest returnees—most are now approaching the levels of fitness required for the new Premier League season.

The game at the Aviva Stadium saw Virgil van Dijk play 90 minutes, a new goalkeeper settle into the team and the attacking portion of the team look ready to fire from day one of 2018/19. 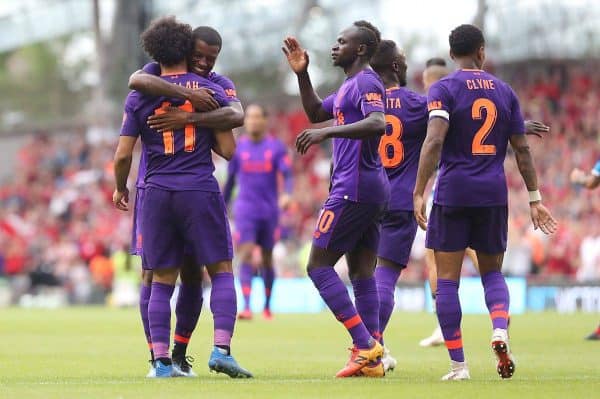 Napoli were blown away as the Reds won 5-0, and the above video from LFCTV has all five goals to enjoy in just 100 seconds!

Mane was again involved as Mo Salah made it three, before Daniel Sturridge entered the fray to take over as both goalscorer and creator-in-chief.

He notched the fourth and set up Alberto Moreno for a spectacular fifth, to further boost his hopes of involvement once the season starts.

The Reds are next in action on Tuesday night against another Italian outfit, Torino, at Anfield.