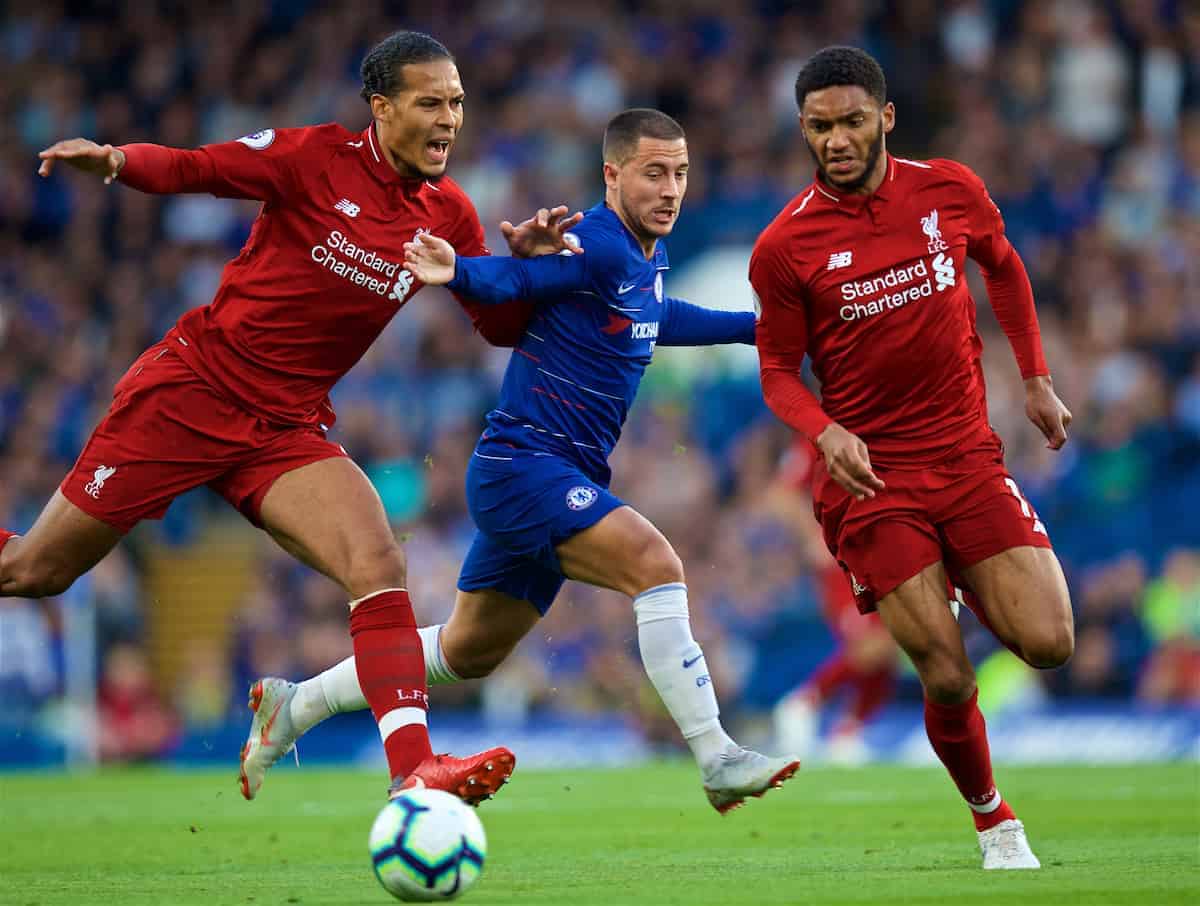 Liverpool earned a spirited and vital point at Chelsea on Saturday evening, but how did the media rate the Reds players?

For so long, it looked as though Jurgen Klopp‘s men would suffer a frustrating defeat, with Eden Hazard firing home before half-time.

After a number of missed chances, Daniel Sturridge came to his side’s rescue with a memorable late strike, to continue Liverpool’s unbeaten Premier League start.

It was a fantastic game at Stamford Bridge – one that neutrals will have particularly enjoyed – with end-to-end action and high-quality attacking football on show.

Considering the calibre of opponent and the intense nature of the match, the Reds played very well, although not every play shone bright. 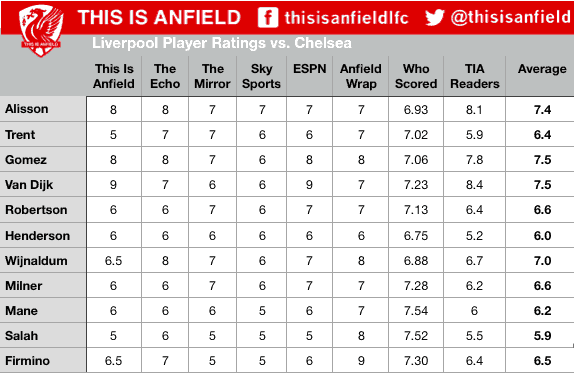 Mohamed Salah‘s was noticeably off-the-boil again by his high standards, and his struggles against the Blues didn’t go unnoticed.

This is Anfield’s Joanna Durkan felt “his substitution with the game still on the line unfortunately said it all about his performance”, with Klopp feeling the need to use Xherdan Shaqiri instead.

Despite the 26-year-old having the lowest average rating (5.9) of any Liverpool player, it wasn’t an entirely negative assessment of him.

The Anfield Wrap’s Ben Johnson said: “Our most dangerous player. Don’t care if he wasn’t firing on all fronts, we were worse when he went off. I wouldn’t worry about him, you know. He’s going to be sound.”

Two players who arguably shone brighter than any other Reds on the night were Virgil van Dijk and Joe Gomez – now looking one of Liverpool’s strongest centre-back pairings in years.

The Echo‘s Ian Doyle felt Gomez “set the tone for an impressive first half”, while Durkan described Van Dijk as “a true leader of the side.

Gini Wijnaldum was seen as the “best midfielder on the pitch” by Johnson, with Doyle calling the Dutchman as “busy”.

Next up for Liverpool is the trip to Napoli in the Champions League on Wednesday evening, before the mouthwatering visit of Man City next Sunday.