Jurgen Klopp has named a heavily attacking side for Liverpool’s clash with Southampton at Anfield, making three changes from the midweek win over PSG.

The Reds have enjoyed a phenomenal start to 2018/19, and marked it with their most impressive win yet as they dismantled the Ligue 1 giants in the Champions League.

Despite the 3-2 scoreline, Liverpool deserved a more convincing result, such was their dominance over a side including Thiago Silva, Angel Di Maria, Kylian Mbappe and Neymar.

Speaking ahead of Saturday’s visit of the Saints, Klopp brought his players back down to earth as he insisted “we need to all show we can switch between situations.”

After Tuesday night’s game, Klopp has made three alterations to his starting lineup, though with no plan to rotate his goalkeepers, Alisson keeps his place.

Ahead of the defensive line, Jordan Henderson is prepared to take up the No. 6 role, flanked by Georginio Wijnaldum and Xherdan Shaqiri, who makes his full debut.

And in attack, Mohamed Salah, Sadio Mane and Roberto Firmino will be looking to keep the Reds’ excellent goalscoring run going.

Klopp has the likes of James Milner, Naby Keita and Daniel Sturridge to call upon on his substitutes’ bench, with the latter dropping out as Firmino comes back in. 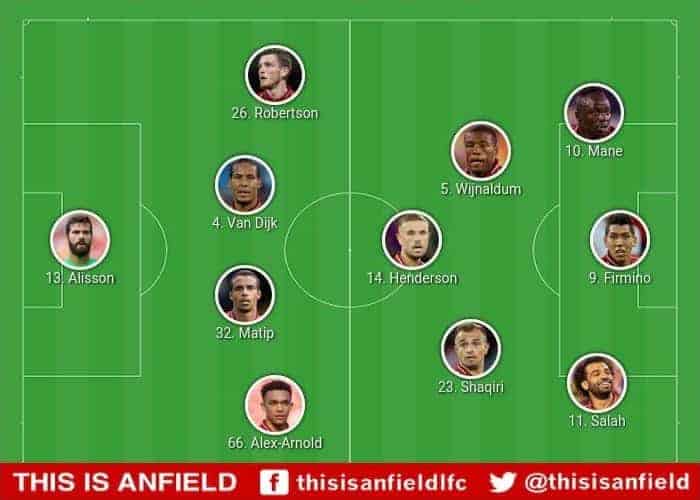