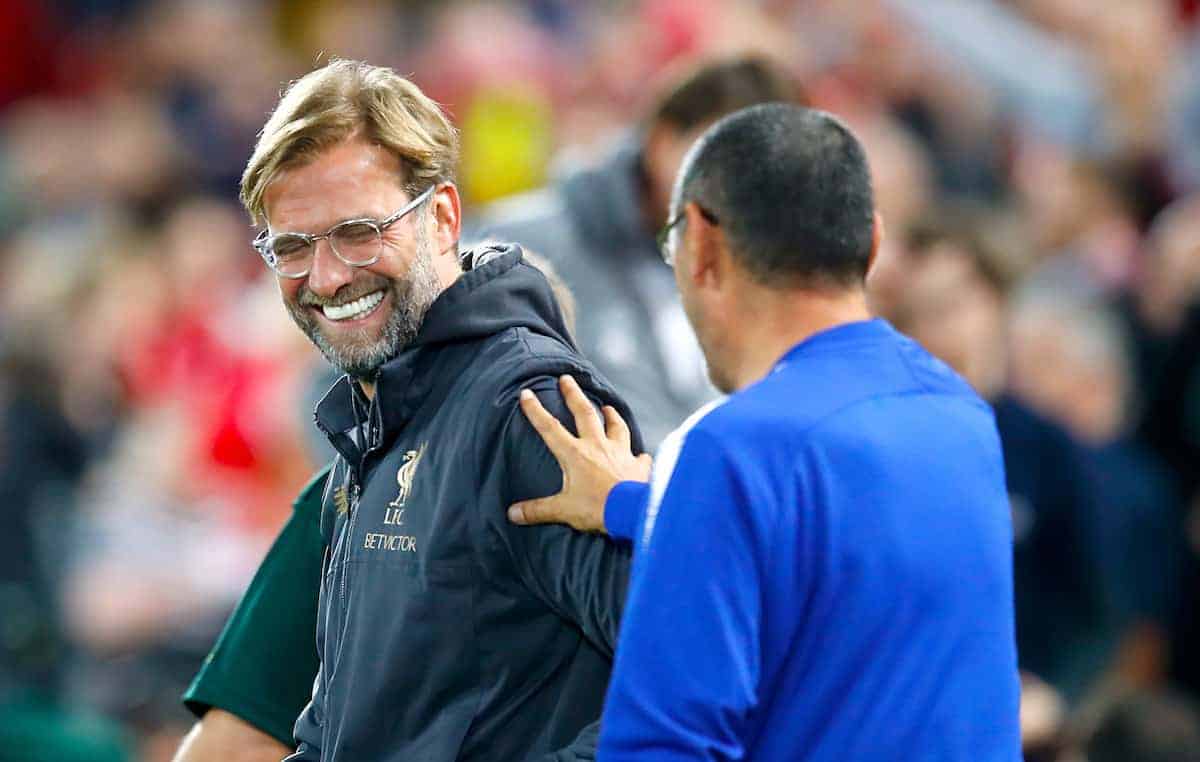 Wednesday’s meeting between Liverpool and Chelsea was the first chapter of what could be one of the most intriguing rivalries in the Premier League.

And there’s not long to wait until the second instalment – the teams meet again in the Premier League when both managers will name stronger lineups than those which took to the field in this secondary cup competition.

New Look for a Modern Rivalry

The rivalry between Liverpool and Chelsea isn’t new, and the modern version of it goes back to the days when the sides met ten times in the Champions League between 2005 and 2009.

Liverpool won the European Cup for a fifth time in 2005, but Chelsea were able to claim their first in 2012 during a period when Liverpool were not a European force.

Jurgen Klopp has Liverpool back at the top table, and Maurizio Sarri is looking to reclaim Chelsea’s seat as they make do with the Europa League this time around. 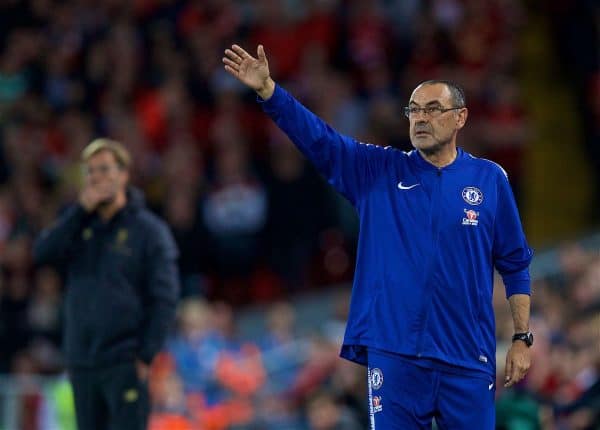 As is the case with Klopp vs Pep Guardiola, there is no animosity in this developing rivalry, just a mutual respect between two competitive managers who have a similar outlook on the game.

Guardiola praised Sarri last season, claiming that his Napoli side were one of the best teams he’s ever faced after their meeting in the Champions League group stage last season.

“They are one of the best teams I’ve faced in my career. No doubt about that. Maybe the best,” he said.

And when Sarri arrived in the Premier League Guardiola had more words praise.

“I’m happy Sarri is here. I will learn a lot and see him every weekend. We are going to improve because of his ideas,” he said.

“He needs more time but his ideas are already there.”

“It’s the biggest change I ever saw in such a short space of time. Wow. Style completely different. What a manager he is. I’m pretty much a supporter of his since I saw him at Naples. Outstanding football.”

The subtle differences between the styles of the three managers are already becoming evident.

All three will assess opposition weaknesses and strengths before deciding their plan of action for each game, but they each favour pressing and possession with purpose.

After the League Cup game Klopp commented on how Sarri’s Chelsea like to dominate possession which means its important to keep it once winning it back.

Unlike Guardiola, and Thomas Tuchel’s Paris Saint Germain plan, Sarri goes for the jugular rather than skirting around the edges.

A feature of his Napoli side was the quick, direct passing through the half-spaces and the centre of the pitch, using the wings to stretch the play before returning to the middle to inflict maximum damage.

It’s in this aspect of the game where Sarri admits his Chelsea players aren’t yet up to speed, but against Liverpool they used the centre of the park a lot, unlike Tuchel and Guardiola.

The images below show Man City’s attack in the second leg of the Champions League quarter final last season (top, from WhoScored), and the PSG attack against Liverpool at Anfield this season.

Both preferred the wings, with Guardiola using Leroy Sane as a wing-forward against Trent Alexander-Arnold, only to be thwarted by excellent performances from the young Scouser.

Tuchel commented that he intentionally kept Neymar out wide to stop him falling into Liverpool’s pressing traps in the centre.

“I think what Liverpool do really well is they try to get you to play in that area then close the space down,” said Tuchel.

“Our plan was to use the space down the wings, use the pace of Neymar and Kylian [Mbappe] out wide and get the full-backs pushing on.”

The image below shows Chelsea’s attack in the League Cup. They favoured the right side — one which will have been noted as a possible weakness for Liverpool should Alberto Moreno and Dejan Lovren start — but they sent most of their attacks through the middle.

Sarri ramped this up with his substitutions. He brought on David Luiz who, despite his defensive weaknesses, is good at pushing the side up the field from the back and can pick a pass through the lines of midfield.

N’Golo Kante also came on and is ideal for Sarri’s system, especially with his work-rate between the boxes off the ball.

Eden Hazard then provided the peerless dribbling skill which can evade the busiest of midfields. He even managed to get past Naby Keita, and not many players will be able to do that. 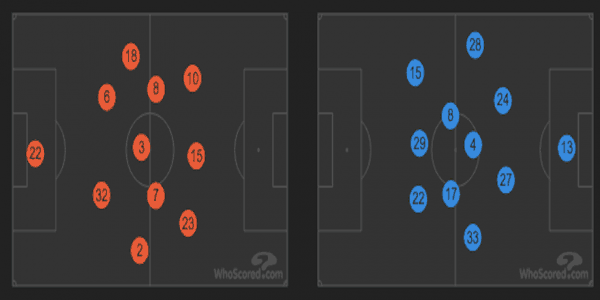 That such an unpredictable set of data can be so similar for two teams is uncanny. They are almost identical, with the only difference being that Chelsea’s midfielders are closer together.

Klopp will have learned from this game, but so will Sarri. You’d also imagine Guardiola has the tape ready to show his players ahead of their upcoming fixture against Liverpool, and will be analysing the Premier League game in even more detail.

Liverpool are undefeated in the league and will looking to keep this record going when they travel to Stamford Bridge.

In order to do so they might have to have one eye on the opposition, but implementing their own plan to perfection should see them create more chances as they did in the cup.

They just need to finish them this time.