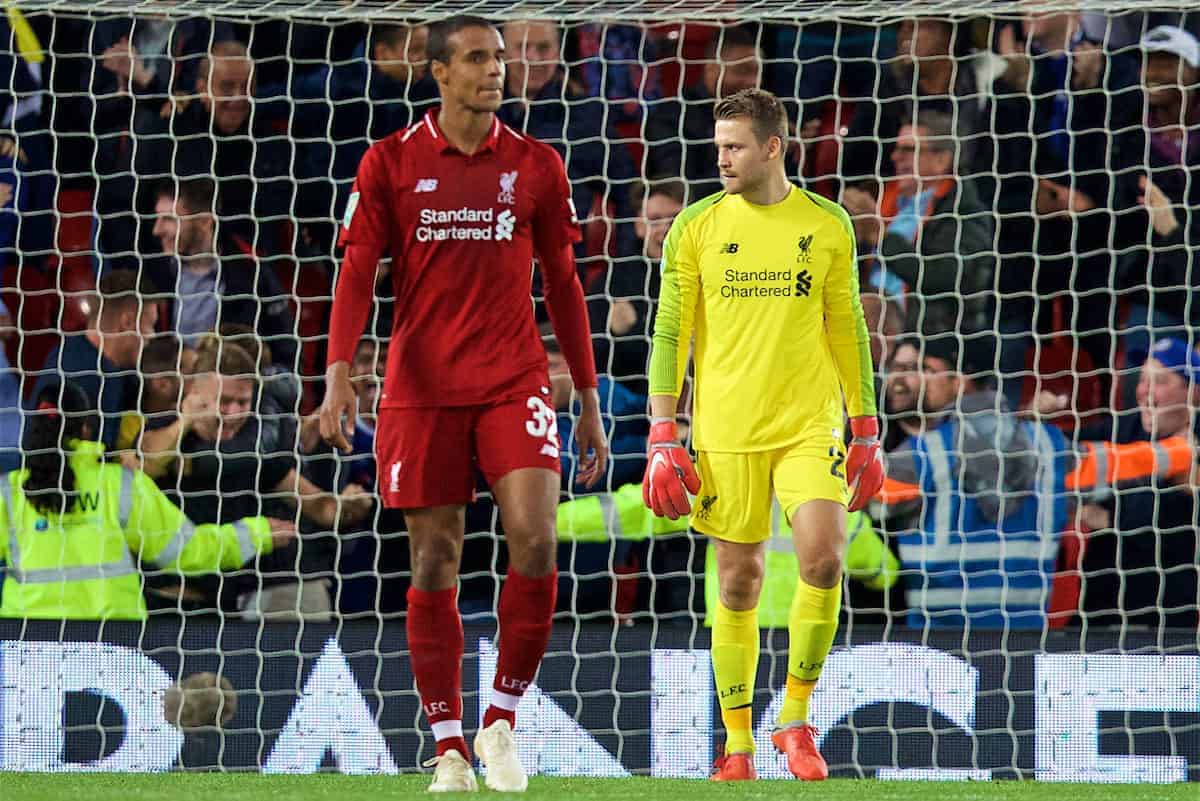 Liverpool exited the League Cup at the first hurdle on Wednesday evening, with not many Reds players rated highly by the watching media.

It proved to be a disappointing night at Anfield, as Chelsea snuck through to the fourth round after a late fightback saw them win 2-1.

Daniel Sturridge‘s well-taken volley in front of the Kop gave Liverpool a second-half lead, only for Emerson to poach an effort from close-range and Eden Hazard to produce a moment of magic with five minutes remaining.

Jurgen Klopp made a total of eight changes and it showed, with a second-string defence never looking particularly authoritative.

Fabinho had an up-and-down full Reds debut, while the likes of James Milner, Naby Keita and Sadio Mane will all play better this season.

Xherdan Shaqiri‘s lively showing was arguably the biggest positive on the night, but Klopp’s side find themselves out of the League Cup at the third round stage for the second year in a row.

As always, opinion was rife after the game with regards to how Liverpool’s players performed, with journalists and statisticians giving their two cents on the 2-1 defeat.

Below we compare our ratings with those of the Liverpool Echo, the Mirror, the Express, ESPN, The Anfield Wrap, WhoScored and the This is Anfield readers: 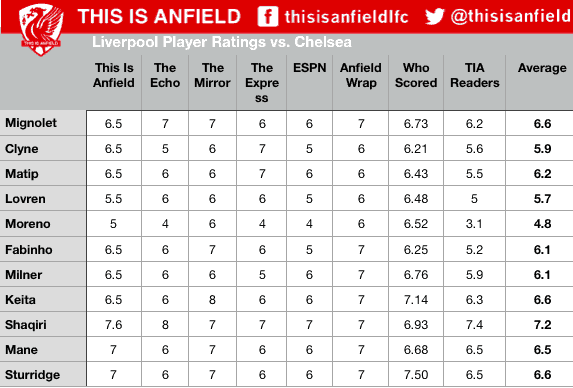 Alberto Moreno earned an average rating of just 4.8, as he again showed what a key presence Andy Robertson has become.

Both Chelsea goals came down his side of the pitch and he was an erratic presence throughout.

The Echo‘s Ian Doyle believed Moreno was “pinpointed as a weak point” by the visitors, while ESPN‘s Steven Kelly claimed he was “run ragged by Victor Moses, which isn’t something too many defenders want to endure.”

Fabinho earned mixed reviews on his first-ever Liverpool start, with This is Anfield’s Chris Williams admitting he “started slowly” and “does look to be a way off from challenging for a consistent Premier League place in Liverpool’s midfield.”

The Mirror were more positive, however, claiming the Brazilian “showed glimpses of his talent on a solid full debut”. 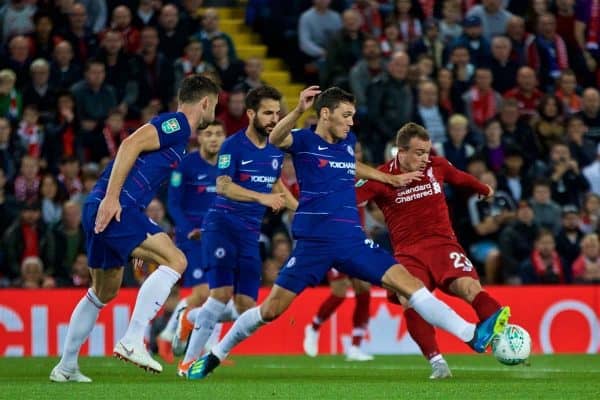 Liverpool’s highest-rated individual was the unpredictable and dangerous Shaqiri, who was the only Liverpool player to average above 7.

Doyle believed there was “no chance of him being subbed early this time”, as he was against Southampton last weekend, and the Express called him “arguably the best attacking player on the pitch”.

Next up for Klopp’s men is another clash with Chelsea, this time in the Premier League at Stamford Bridge on Saturday evening.

Can the Reds make it seven wins in a row to start their league campaign?

Only one team has ever done that in Premier League history – Jose Mourinho’s Chelsea, back in 2005/06.