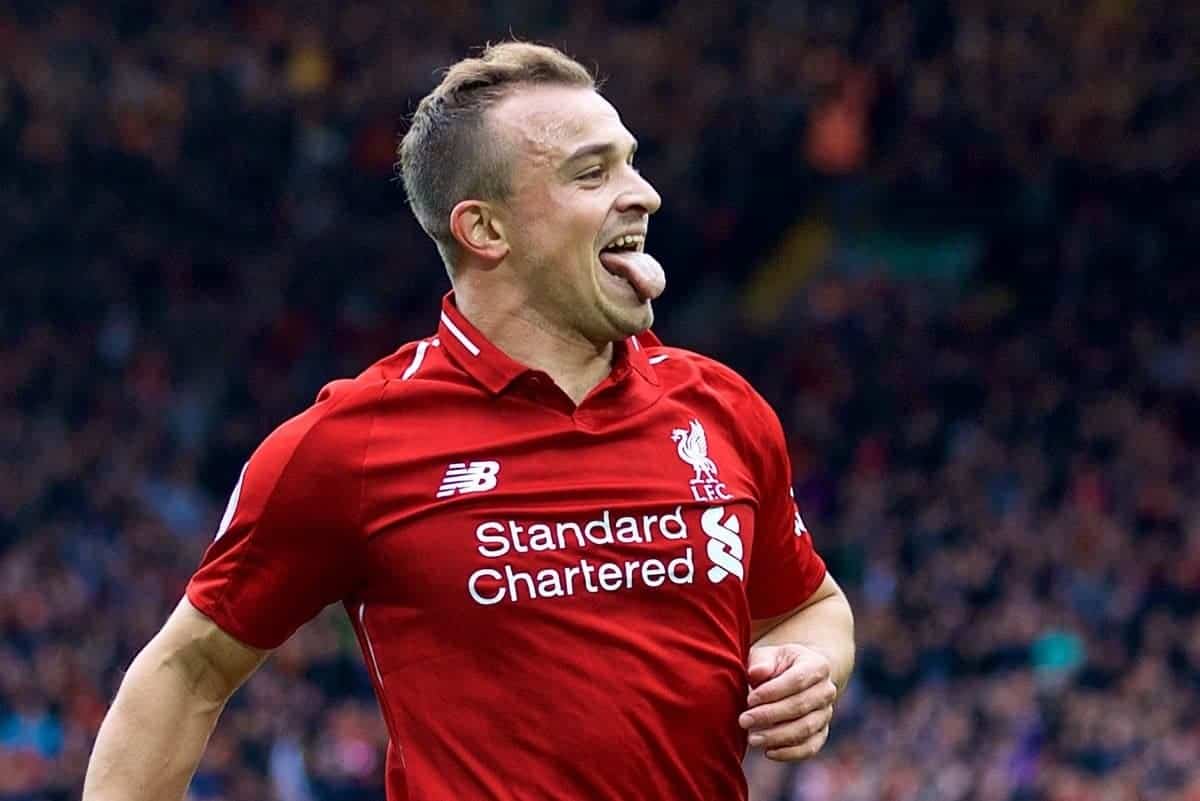 Liverpool start their League Cup campaign with the visit of Chelsea on Wednesday—the first of two meetings with the Blues in the space of four days.

It couldn’t have been a more perfect start to the season for the Reds, who have won all seven of their matches to date.

Saturday’s 3-0 victory over Southampton was achieved at a canter, as Jurgen Klopp‘s side continue to prove themselves legitimate title contenders.

Premier League commitments make way for League Cup duties on Wednesday, with Liverpool given the tough task of overcoming a Chelsea team thriving under Maurizio Sarri.

The west Londoners have only drawn once in 2018/19, winning the rest, and their style is more aesthetically pleasing than under Antonio Conte.

It would be wrong to say that this game has little riding on it, but it will also clearly play second fiddle to Saturday’s league clash at Stamford Bridge.

Liverpool’s nearly seven-year wait for silverware must end soon, though, so the League Cup remains a competition that has to be considered important.

There are to be sure changes galore from both Klopp and Sarri, making it an extremely tough game to predict—progression to the fourth round would keep up the Reds’ momentum nicely. 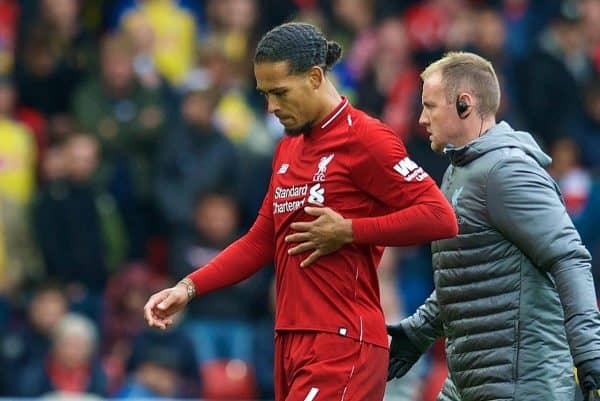 Virgil van Dijk is a major doubt with a rib issue picked up against his former club, but the Dutchman should return for the trip to Chelsea on Saturday.

Dejan Lovren and Dominic Solanke are available after returning to training, but Adam Lallana (groin), Alex Oxlade-Chamberlain (knee), Divock Origi (ankle) and Rhian Brewster (knee) are all out.

As mentioned, Klopp is almost certain to rotate his squad, considering the relentless run of fixtures that have taken place of late, and continue to do so.

The German is highly unlikely to make 11 changes from the weekend win over Saints, but somewhere in the region of six or seven should be expected.

Simon Mignolet is the only confirmed starter, while Nathaniel Clyne and Alberto Moreno could come in for Trent Alexander-Arnold and Andy Robertson at full-back.

Naby Keita, Xherdan Shaqiri and Daniel Sturridge are all in contention to feature prominently, too, with Mohamed Salah, Sadio Mane and Roberto Firmino potentially all given the night off.

Antonio Rudiger, Ruben Loftus-Cheek and Pedro are out for Chelsea, with youngsters Ethan Ampadu and Callum Hudson-Odoi considered as part of a rotated side.

Star man Eden Hazard is set to be in the squad, but is another of those in the ‘likely to be rested’ category, which acts as a boost to Liverpool, given the Belgian’s scintillating form.

Last 5 at Home to Chelsea 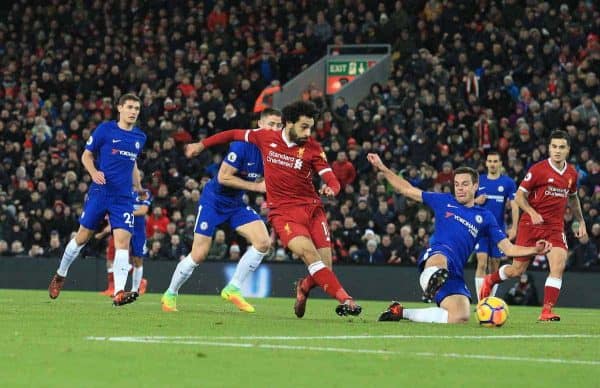 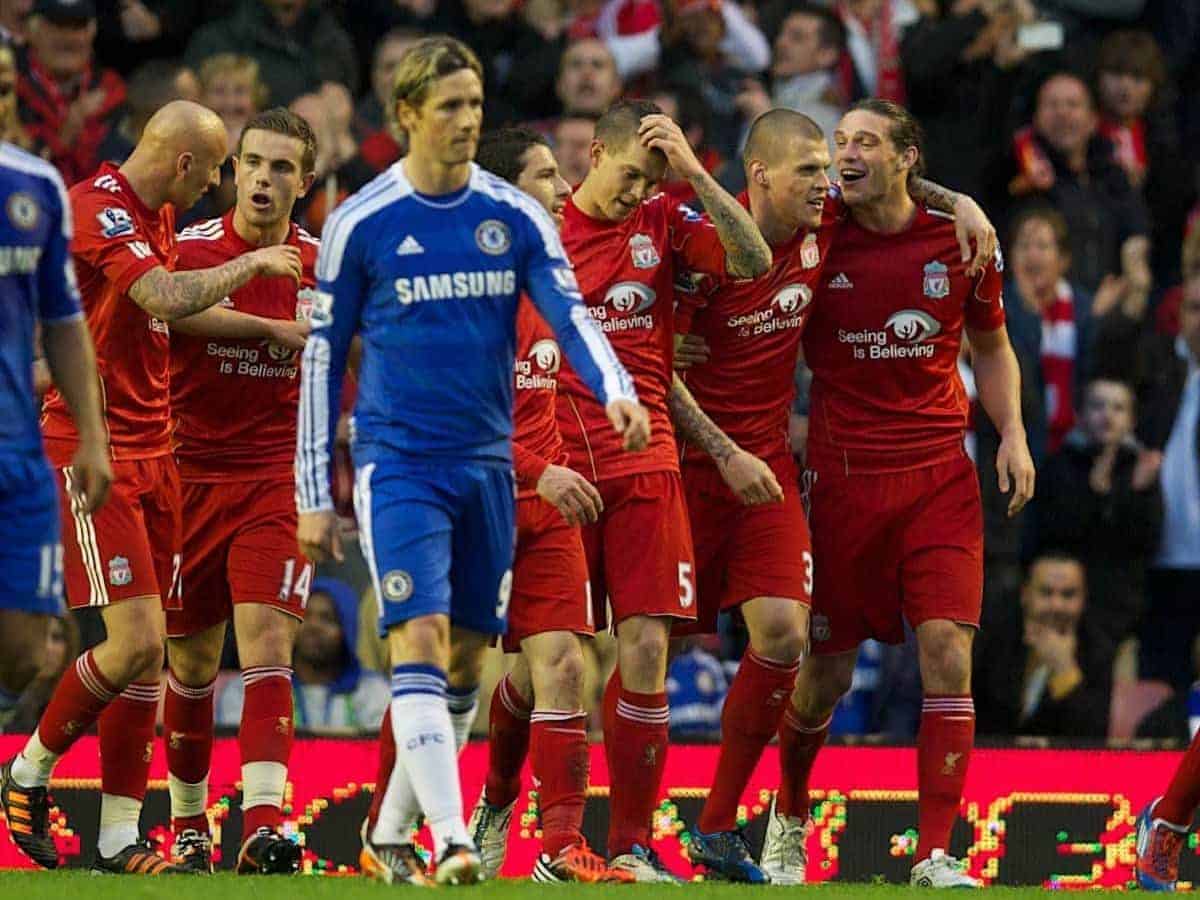 Liverpool haven’t won a home game against Chelsea since May 2012, when Kenny Dalglish steered his side to a 4-1 victory.

Even that was against an under-cooked Blues outfit, however, just three days after they had beaten the Reds in the FA Cup final.

That’s seven matches without a triumph, including four 1-1 draws in succession most recently.

Speaking in Tuesday’s press conference, Klopp lauded the impact Sarri is already having at Stamford Bridge:

“What a manager he is!

“I’m a supporter of him since I saw them playing in Naples, outstanding football. You see immediately the impact.

“He had a very interrupted pre-season and starting the season he’s had an immediate impact and very good to watch. He’s done a very good job.

“You cannot forget Chelsea in the title race—they know how it works and that’s a really good, really strong football team.” 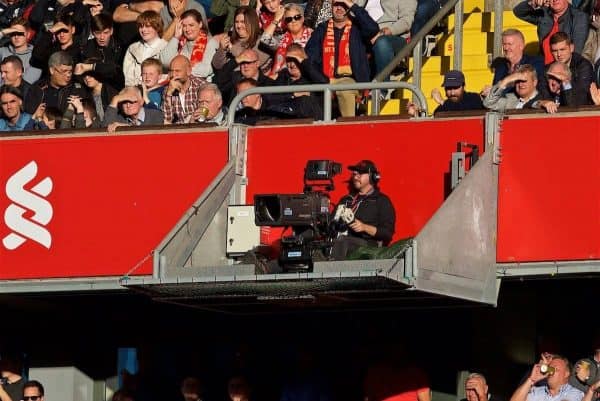 The match is live on Sky Sports Main Event, with coverage getting underway at 7pm (BST). Kickoff is at 7.45pm.

Ben Twelves is in charge of our matchday live blog, providing minute-by-minute updates during the game.