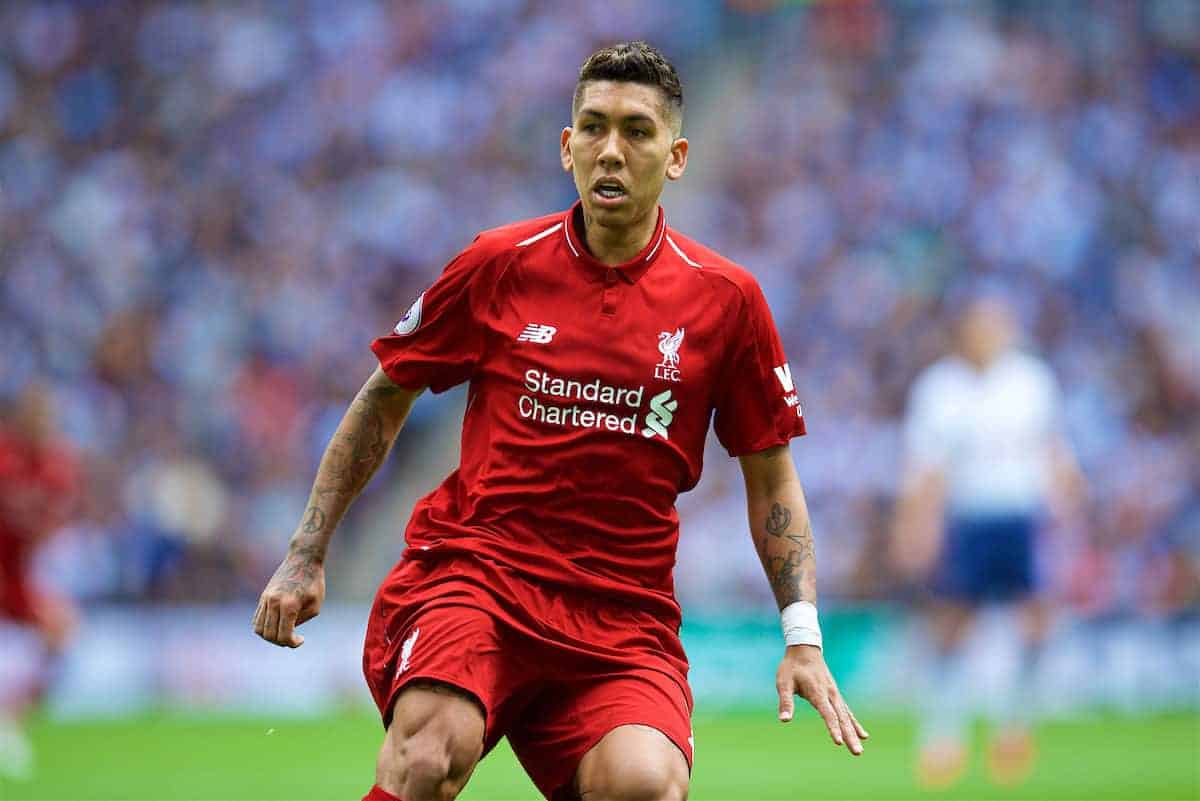 Jurgen Klopp has indicated Roberto Firmino will return to Liverpool’s lineup against Southampton, but hasn’t ruled out pairing him with Daniel Sturridge.

An eye injury restricted Firmino to the substitutes’ bench for Tuesday night’s Champions League victory over Paris Saint-Germain, with Sturridge starting in his place.

But after Sturridge headed home the opener, Firmino came on to fire in a dramatic stoppage-time winner, allaying any fears over his vision.

Speaking at Melwood on Friday, ahead of the Reds’ home clash with Southampton the next day, Klopp suggested the Brazilian is to be restored to his starting XI.

However, he praised Sturridge’s impact against PSG, and hinted that he could well play alongside Firmino at some stage this season.

“Yes, he’s ready. Why should I think that about Bobby?” he said, when asked whether he could come straight back in.

“In general, so far there’s obviously no reason to think about Bobby.

“Could they play together? Yes, of course.

“It was just positive, the impact Daniel had. An intense game, it was a fantastic game for him, that’s the best news.

“Now we know more about that. A lot of games will come and so it’s good to know about that.

“That’s why I was so pleased with the performance. It’s always easy that players say ‘now I play, but I have no rhythm’.

“He had minutes before then, and a lot of good sessions, so he had rhythm.

“He played really well, and the boys can play together as well.”

The prospect of Sturridge interchanging with Firmino as part of Liverpool’s forward line is an interesting one, with both capable of playing as the No. 10, out wide and up front.

Due to Firmino’s unique style of play, however, he should remain de facto first choice in leading the line, with his older counterpart less productive off the ball.

But, if Sturridge is able to remain fit, it can only be positive for the Reds, as his display against PSG proved his vitality.

Elsewhere, Klopp confirmed that Dejan Lovren is “close,” but not available for Saturday, with both Dominic Solanke and Divock Origi nearing their returns too.

Adam Lallana is “not too far away,” and while Alex Oxlade-Chamberlain remains a long-term absentee, Klopp hailed how he is “still working on a good atmosphere around the team.”