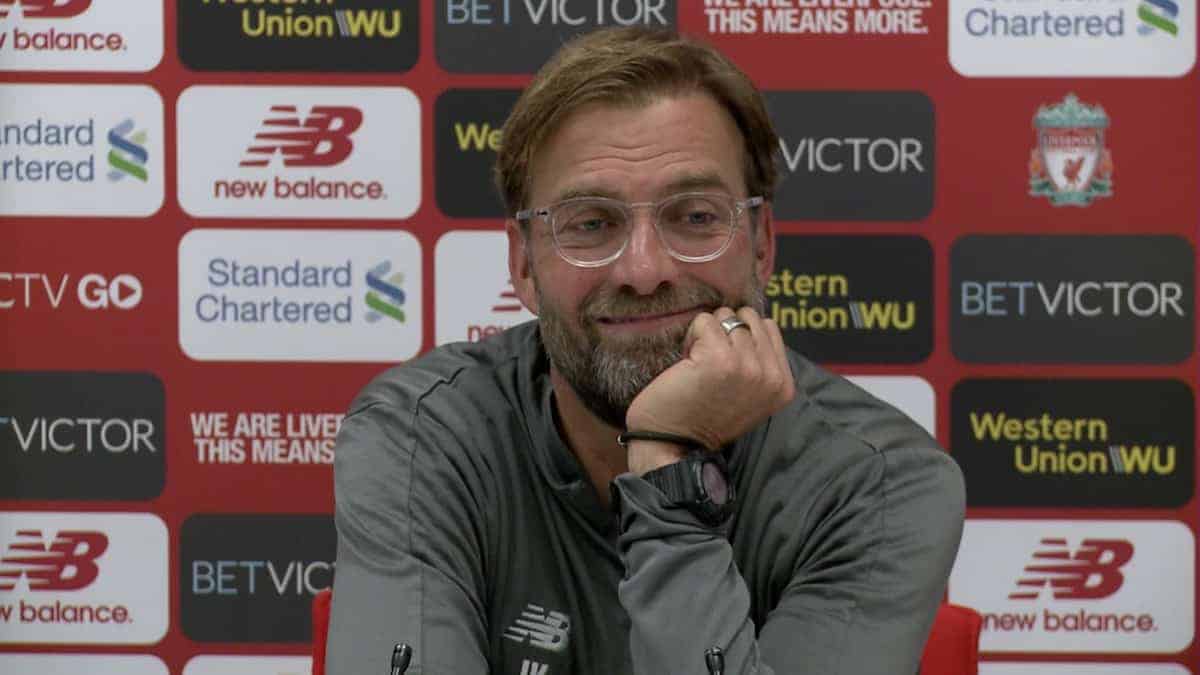 Jurgen Klopp addressed the media at Melwood on Tuesday afternoon to preview Liverpool’s eighth game of the season, at home to Chelsea in the League Cup.

The Reds will be looking to maintain their 100 percent record when they take to Anfield for the third time in nine days, in their third different competition.

This time they are in League Cup action, as Chelsea make the trip north for a hotly anticipated preview for Saturday’s early Premier League title clash.

Speaking ahead of the 7.45pm kickoff, Klopp stressed that the League Cup remains important to Liverpool, as they eye success on four fronts this season.

“We should completely ignore the game on Saturday because it’s nothing to do with that,” he insisted.

“Whoever we would have played tomorrow night, after the game we could start to prepare for Saturday.

“We only think about tomorrow night. It’s a competition we like, we showed that especially in my first season, though it hasn’t always worked out.

“It’s a difficult draw for both teams. It’s not that you think the first two, three rounds you go through then it gets exciting in the semis.

“It’s nice, really in the competition, and so now we want to show we’re ready for that as well.

“It’s a home game, under the floodlights, I like it. [Chelsea are] a very strong side, so it will be really interesting.” 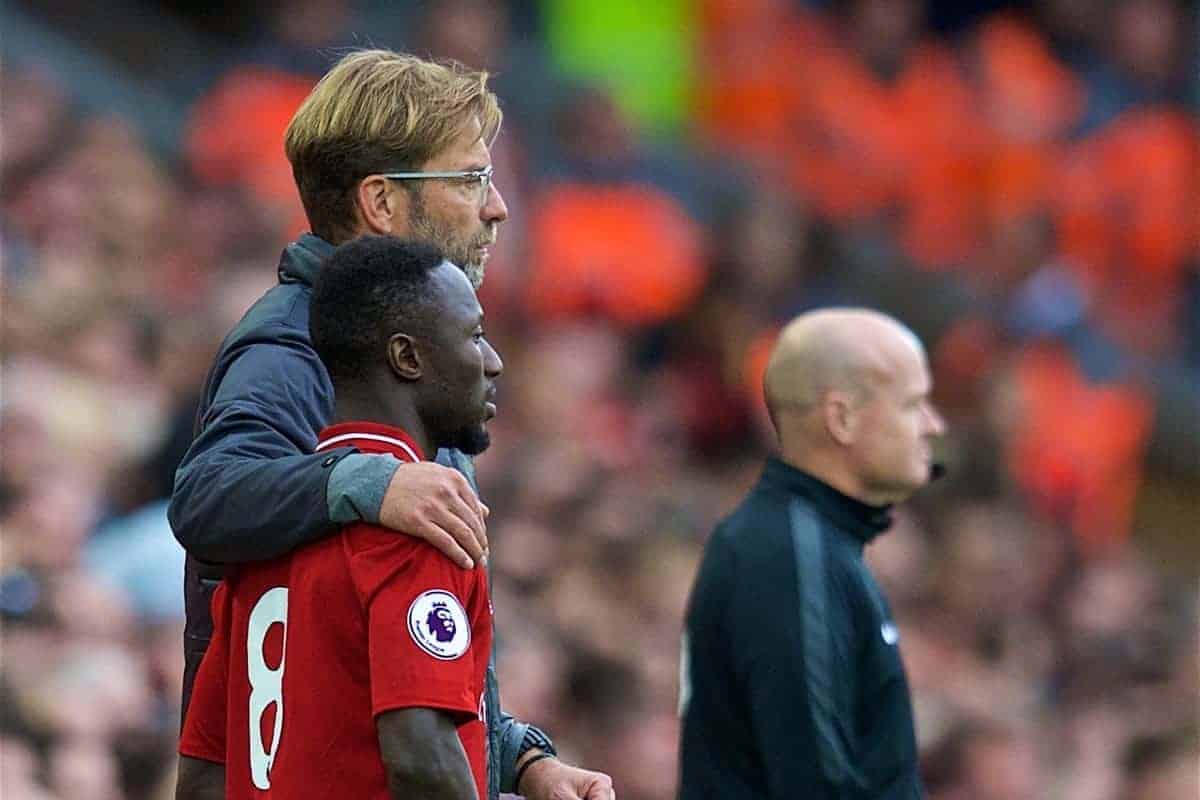 But two of his alterations are effectively in place, with Klopp confirming Simon Mignolet will take over from Alisson and that Virgil van Dijk‘s rib injury is still “painful.”

Dejan Lovren could take over from the Dutchman, with the manager explaining how he “looks ready,” having “trained completely normally now four times.”

Liverpool have been in sensational form so far this season, but Wednesday will provide a different test, as a host of new faces take to the field.

With momentum on their side, however, and Chelsea stuttering away to West Ham on Sunday, they can hope to make it eight wins in eight ahead of their Stamford Bridge outing at the weekend.