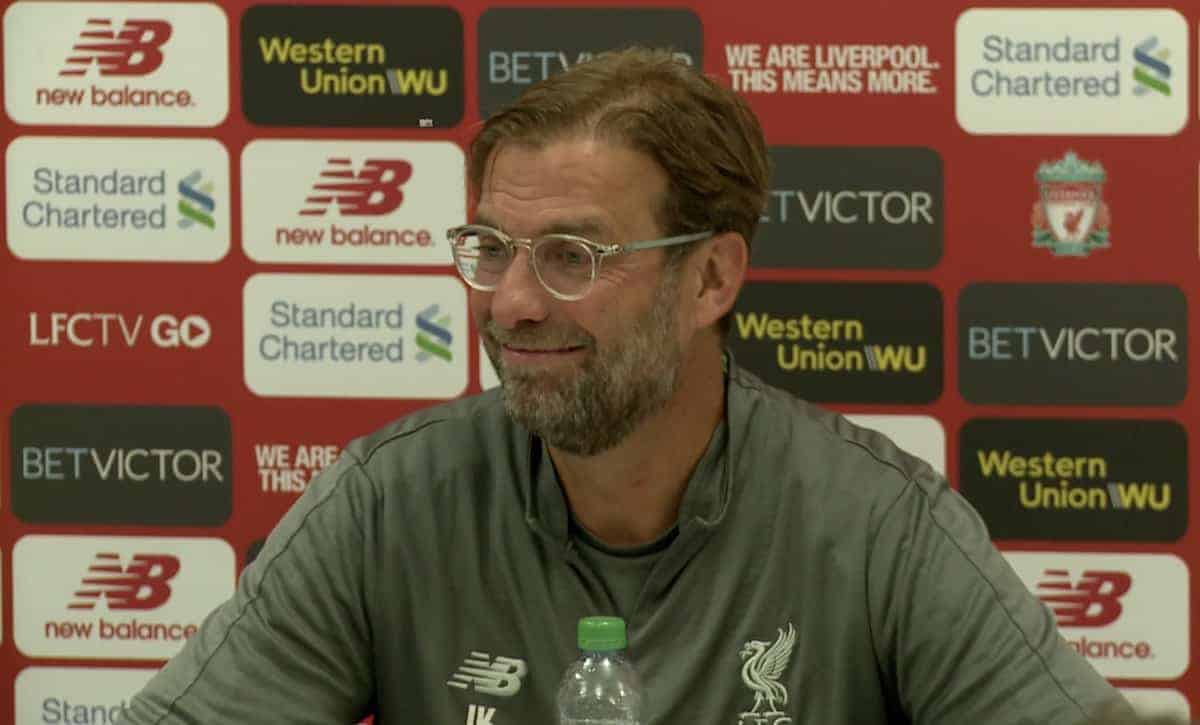 Jurgen Klopp is bullish about Liverpool’s chances as they prepare to take on Tottenham at Wembley, after a busy international break for his squad.

The majority of Klopp’s players were on duty with their national teams this month, and now head into a heavily congested period of seven games in 23 days.

Their first comes at Wembley, a game that provides the Reds with an opportunity to prove they have moved on from last season’s humiliating 4-1 defeat.

Speaking at Melwood on Friday morning, Klopp addressed the issues of such a testing game coming directly after the break, but insisted every manager faces the same problems:

“It’s a big challenge, but for all of us it’s the same. It’s not like Belgium play exactly like Tottenham.

“Life as a Premier League manager is never perfect, it’s not that I have all of them together, then we train and can compare a game.

“For the boys it’s always a big challenge that they really have to remind themselves what we actually do.

“We had quite a good session yesterday, couldn’t do too much because some of them came off the plane.

“Then today another one, and we need to be ready.”

Klopp also provided an update on the fitness of Simon Mignolet, Dejan Lovren and Adam Lallana, and reiterated his stance over Fabinho‘s slow transition.

The manager explained how he intends to take a rotational approach over the coming weeks, and responded to contrasting claims from Graeme Souness and Gary Neville over the strength of his squad.