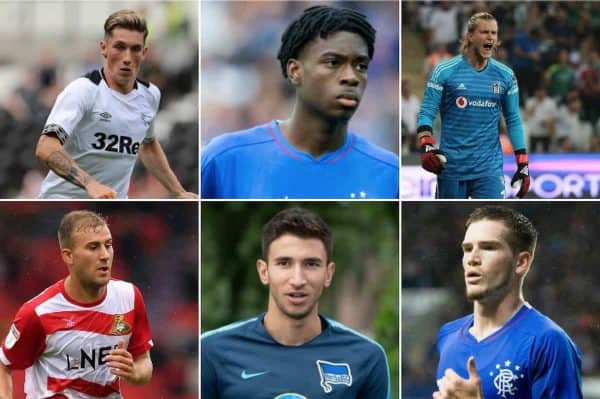 Ryan Kent kept up his goal-scoring form and Sheyi Ojo also impressed on what was another productive weekend for Liverpool’s loanees.

The borrowed Reds marked the return of domestic football around Europe with another positive weekend of action.

Ten of the 14 available loanees played, with Ben Woodburn—left out for a fourth game running at Sheffield United—Allan Rodrigues and Shamal George going without game-time.

Anderson Arroyo is in action for Gent U21s on Monday evening at Lokeren.

Here’s the lowdown on all the action starting with the man in form.

Kent netted his third of the season…

Pausing for the international break did nothing to disrupt Kent’s excellent run of form with Steven Gerrard’s Rangers.

The winger picked up from where he left off as he scored his second goal in as many games to help the Gers finally record a first SPL away victory under Gerrard, with a 4-1 thrashing of Hamilton on Sunday.

Kent opened the scoring on the stroke of half-time, showing great pace and composure to break in behind and lift a smart finish over Hamilton’s ‘keeper.

Alongside scoring, Kent also stood out as Rangers’ best player and biggest attacking threat on the day, as he constantly took the ball under pressure and drove his team forward.

There seems to be no stopping Kent currently and he will be hungry to add to the three goals and one assist he now has to his name in upcoming games.

After scoring his first for the club in a friendly during the international break, Ojo brought that promising form to the Ligue 1 return as he delivered his best display yet for Stade de Reims.

Ojo had to settle for another sub outing in Saturday’s clash with Angers, but after being introduced at 1-0 down he made the impact hoped for, playing a key part in the goal which earned a 1-1 draw.

The 21-year-old was a real livewire after entering and it was his positive play that led to Reims’ equaliser, with Pablo Chavarria finishing on the rebound after Ojo’s sharp effort was parried.

In a rare turn of events, the majority of the remaining action came on home soil as six Reds featured across the English and Scottish leagues.

Starting in the Premier League, Danny Ings played in Southampton’s South Coast derby against Bournemouth, but couldn’t add to his goal tally in a 0-0 draw on his return to his former club.

In the Championship, Harry Wilson brought his winning form with Wales to the Championship return as he played all of Derby’s 2-1 win over a Woodburn-less Sheffield United.

North of the border, Adam Bogdan’s run of clean sheets came to end as Hibernian lost 4-2 to Brendan Rodgers’ Celtic, but the ‘keeper still impressed despite defeat as he made a string of fine saves.

And while Kent again grabbed the headlines for his goal-scoring display, Ovie Ejaria also featured in Rangers’ thrashing of Hamilton, with the midfielder in tidy form in the victory.

Herbie Kane played 52 minutes of Doncaster’s 3-3 draw with Gillingham on Saturday, coming off at 2-1 down after turning in one of his quieter performances for the League One side.

And in League Two, Corey Whelan enjoyed his second league win at Crewe with a 1-0 victory over Stevenage on Saturday, in which he completed his seventh 90 minutes this season.

Only two more European based Reds played and it wasn’t a weekend to remember for either of those involved.

After much speculation that he may be dropped upon the Turkish SuperLig restart after some poor form, Loris Karius kept his place for Besiktas’ trip to Goztepe on Sunday.

But the German was unable to prevent his side going down 2-0, though he may have eased the mounting pressure on his shoulders having not been at fault for either goal being beaten by two close-range headers.

Finally, Taiwo Awoniyi at least tasted victory in Belgium with KAA Gent, but only as a late sub in a 4-0 rout of Oostende on Sunday in which he entered with his side already three goals to the good.