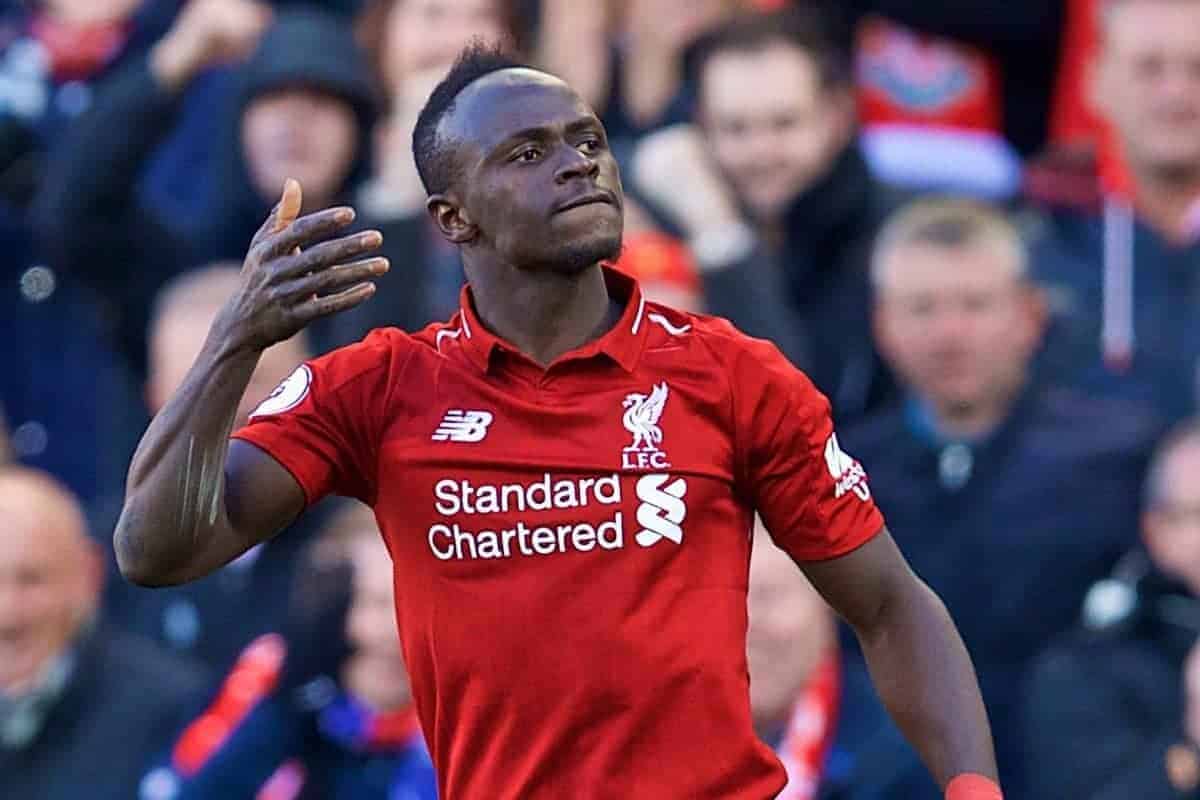 Liverpool’s 4-1 win over Cardiff City saw them reach the Premier League‘s summit, with a number of striking statistics emerging from the game.

The Reds weren’t always at their best against the Bluebirds, but their superior quality shone through at Anfield on Saturday.

Callum Paterson’s goal for the visitors ended the Reds’ nine-match run of home clean-sheets in the league, but it proved to be nothing more than a consolation.

Here are five of the best statistics following Liverpool’s 4-1 victory. 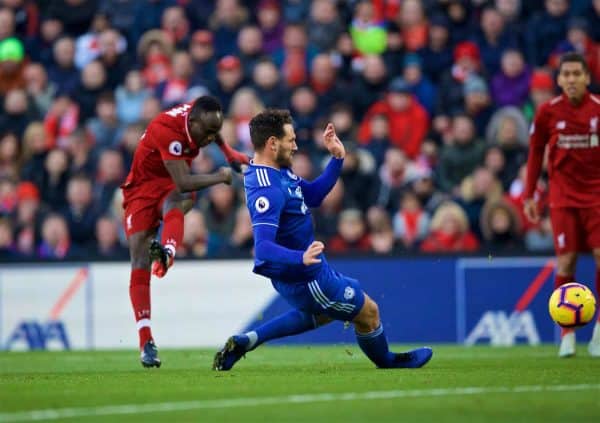 Mane’s performances haven’t consistently impressed so far this season, but he looks close to his best again after a good week.

His well-taken brace on Saturday perfectly highlighted his finishing ability, with one strike rifled into the Kop net and the other a clever dinked effort.

It was enough to see Mane reach 50 goals in the Premier League, with the Senegalese becoming the seventh African to get to that milestone.

Twenty-nine of those efforts have come in a Liverpool shirt, with the remaining 21 scored at Southampton.

The Reds’ dominance at Anfield was almost embarrassing (for Cardiff) at times, with 80 per cent possession recorded and 19 shots to Cardiff’s two.

Proof of how much of the ball Liverpool had in comparison to their opponents was Gini Wijnaldum, who again shone in the middle of the park.

The Dutchman completed a total of 111 passes on the day –one fewer than the whole Cardiff team managed.

Shaqiri’s Liverpool career has got off to a superb start, with the 27-year-old barely doing a thing wrong whenever he has been given an opportunity.

The Swiss got the Reds’ all-important third goal on Saturday, shortly after Paterson’s strike, in what was a classy way to get off the mark for his new club.

It means Shaqiri has a goal or an assist every 95 minutes for Liverpool, proving how much substance he has to his play.

In fact, if you count the free-kick that hit the crossbar against Southampton as an assist – Salah tapped in from the rebound – it would be every 63 minutes.

Salah Notches A Milestone Of His Own 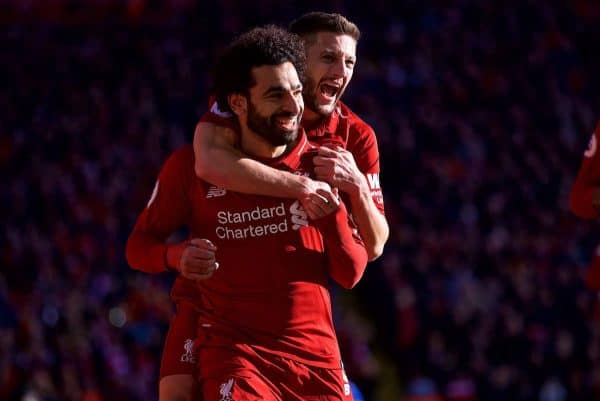 Like Mane, Salah’s form has been the topic of much debate, with his displays criticised for not reaching the heights of last season.

It is easy to forget that Liverpool’s No.11 also wasn’t at his absolute best this time last year, however, with nine goals compared to his current tally of seven.

The 26-year-old scored the opener against Cardiff before laying on assists for Shaqiri and Mane, meaning he has been involved in 50 goals in the league since moving to Anfield (37 goals and 13 assists).

That is 12 more than any other player in that period, with Harry Kane next on the list with 38 (35 goals and three assists).

Liverpool’s 4-1 victory means they top the table, although that will be short-lived if Man City win at Tottenham on Monday night.

Jurgen Klopp‘s side’s tally of 26 points from their opening 10 matches is their joint-best in the Premier League era.

It is on a par with the start made to the 2008/09 season, when Rafa Benitez’s excellent Reds outfit ended up going so close to ending the title drought.

Let’s hope it is a different story this time around!