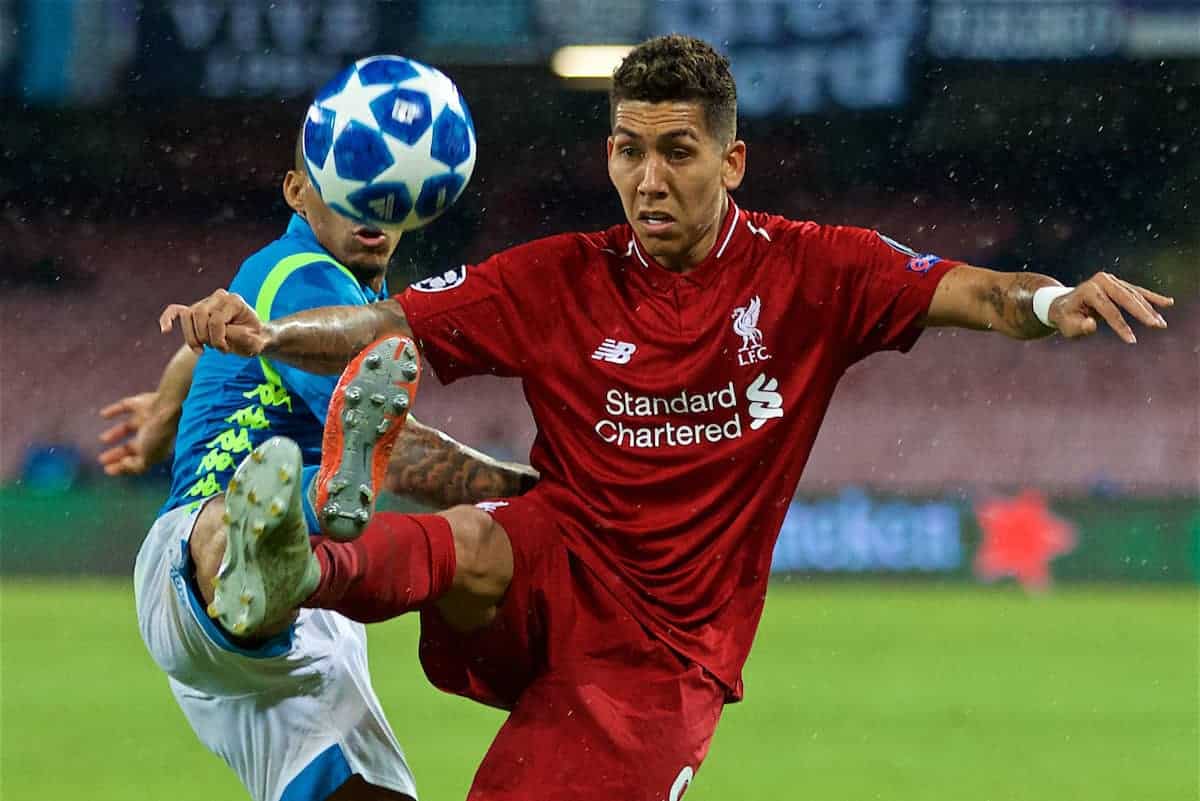 Liverpool fell to a 1-0 defeat at Napoli with a performance widely regarded by fans as the worst of the season, so how did the media rate the players?

A lethargic and directionless display never looked like earning the Reds an away win in Europe, but a point was on the cards until late on.

Napoli finished much the stronger in the Champions League encounter, though, striking the crossbar before scoring the winner in the 90th minute.

It leaves Liverpool with three points from their opening two group stage games, level with PSG and one point behind Napoli themselves, who top the group.

On the night there were several disappointing performances, which led to the team display overall being well below the expected level.

Below we compare our player ratings with those of the Liverpool Echo, the Mirror, Sky Sports, ESPN, The Anfield Wrap, FotMob and the TIA readers. 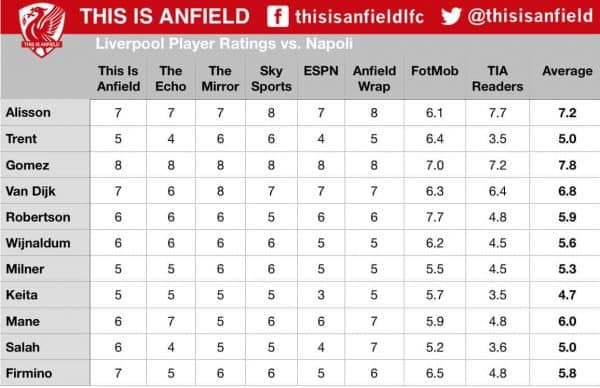 Unsurprisingly, only defensive players managed to average over 7.0 across the board, with Joe Gomez the stand-out performer for the Reds.

Goalkeeper Alisson was the other to manage such a rating, after making a handful of good saves.

The vast majority of players scored lower than a 6.0, however, with Trent Alexander-Arnold and Mo Salah feeling the brunt of the disappointment with 5.0 ratings. 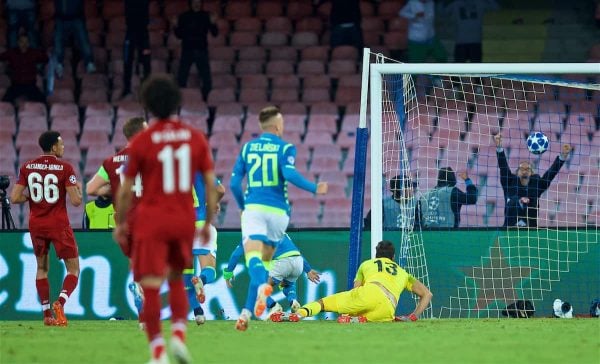 Naby Keita got even lower—but his time on the pitch was minimal due to injury.

Right-back Alexander-Arnold suffered “a rare off-night,” said the Echo’s Ian Doyle, while Salah was “totally out of sorts” for ESPN’s Steven Kelly.

On the positive side, Gomez’s performance highlighted his continued rise.

“His stock as a first choice centre-back just keeps rising the more minutes he gets under his belt – clearance off the line showed just how well he can read the game,” said TIA’s own Chris Williams.

A bad night at the office for Liverpool overall, and a quick return to form is required with the visit of Man City at the weekend.