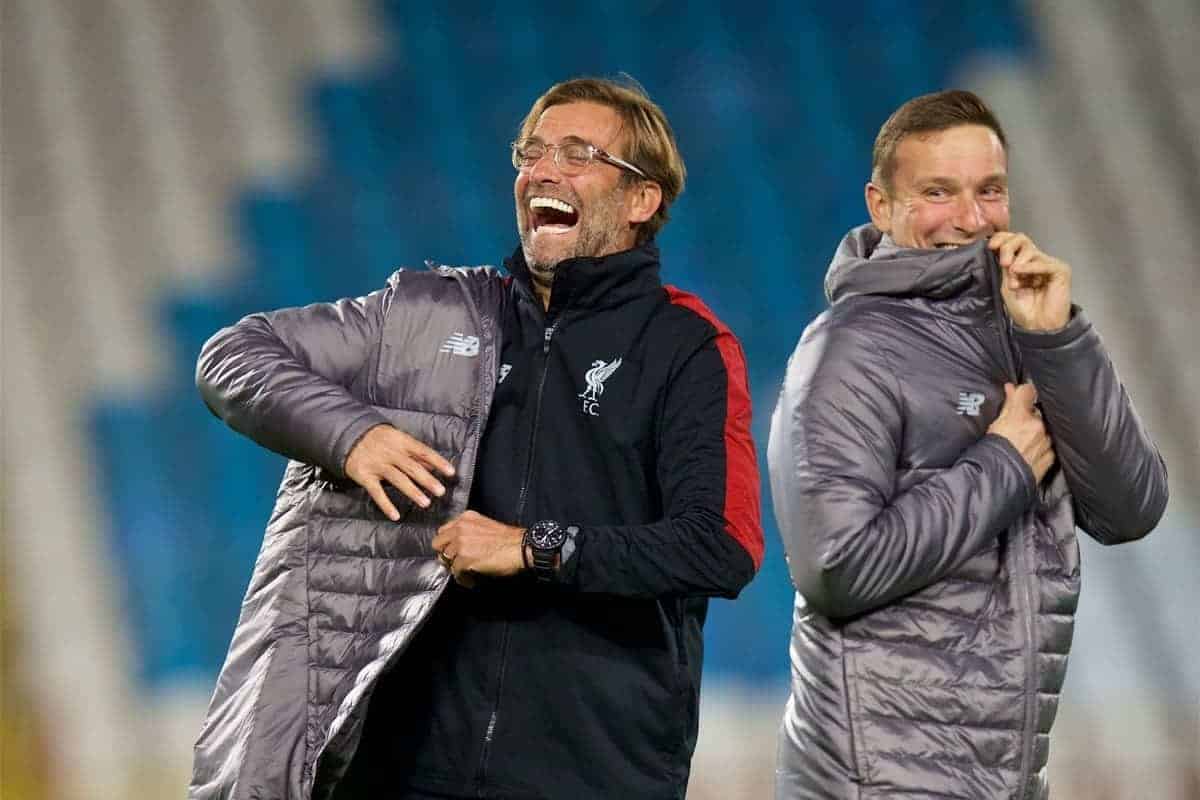 Liverpool trained after arriving in Belgrade on Monday evening, ahead of their Champions League encounter with Red Star on Tuesday.

The Reds have taken two wins from their opening three group stage games and sit top of the group at the halfway stage.

Another win in Serbia will mean the Reds must only go unbeaten in their last two games to guarantee passage to the last 16.

Jurgen Klopp led his team through a practice session at the Stadion Rajko Mitic, having earlier spoken to assembled media in his press conference.

The boss had clarified to journalists why Xherdan Shaqiri hadn’t travelled, with Liverpool keen to keep the focus on the football.

There were other faces back involved, however, with Dejan Lovren part of the travelling group after he missed the weekend draw with Arsenal. 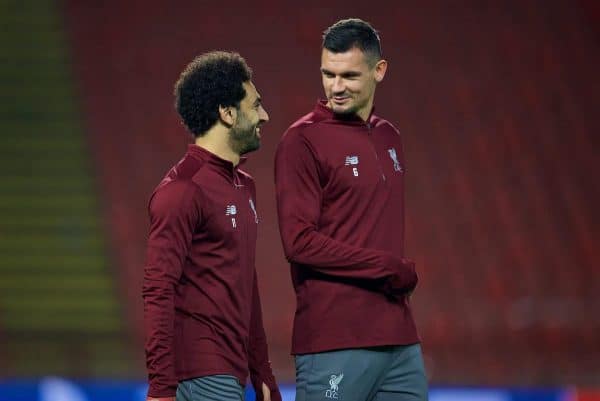 Another returning player was Naby Keita, back in full training after missing four games through injury.

Klopp wouldn’t confirm in his press conference whether the midfielder would be involved against Red Star, but did say it would be vital to have him back for the upcoming run of games in any case.

With Keita perhaps unlikely to start and Shaqiri not having travelled, there could be a midfield berth available if Klopp wants to rotate from the weekend lineup.

Adam Lallana will be one of those keen to be involved, while a formation switch could also see any of Alberto Moreno, Daniel Sturridge or Lovren start, with others shuffled around accordingly. 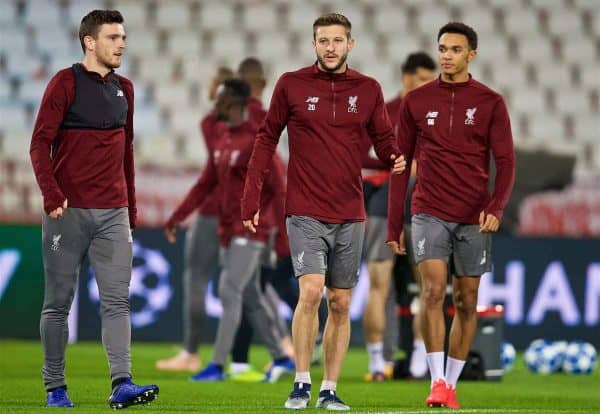 Liverpool will be heading into the game hoping for three points to reaffirm their position atop the group, meaning they’ll look to the forward line to provide more inspiration.

Sadio Mane is the Reds’ top scorer this term, with seven goals in all competitions. 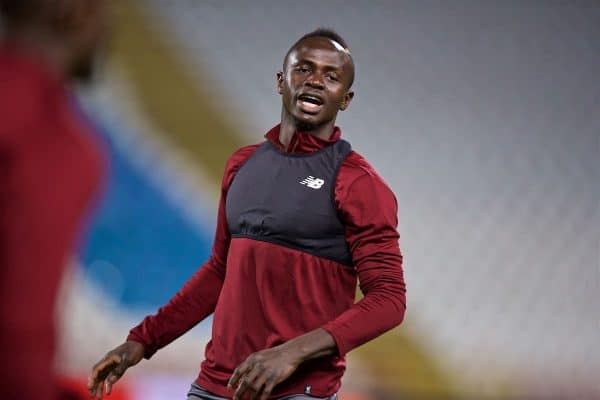 Equally important though will be the Reds’ own improved defence, with in-form Dutch duo Virgil van Dijk and Gini Wijnaldum key to maintaining that solidity and balance. 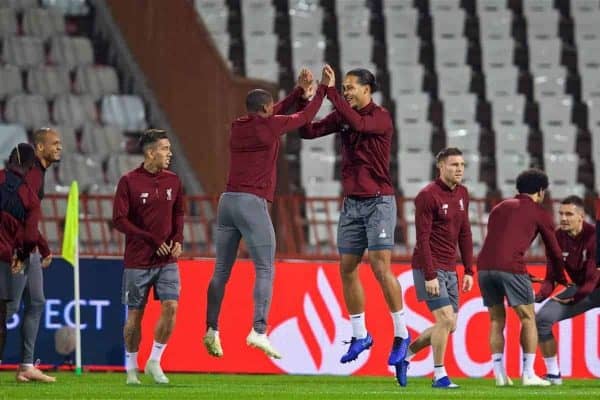 Liverpool kick off at the earlier time of 5:55pm (GMT) on Tuesday, with group rivals Napoli and Paris Saint-Germain in action after the Reds’ match has ended, at 8pm. 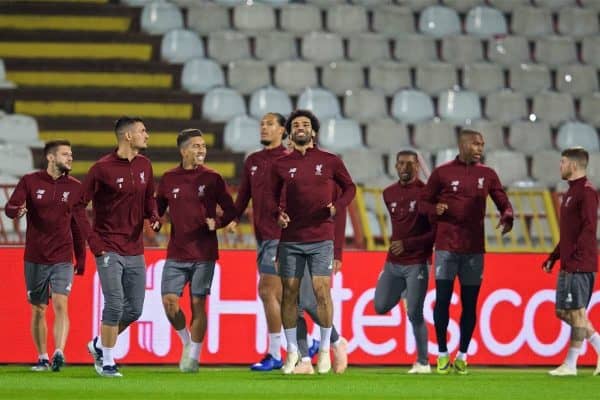