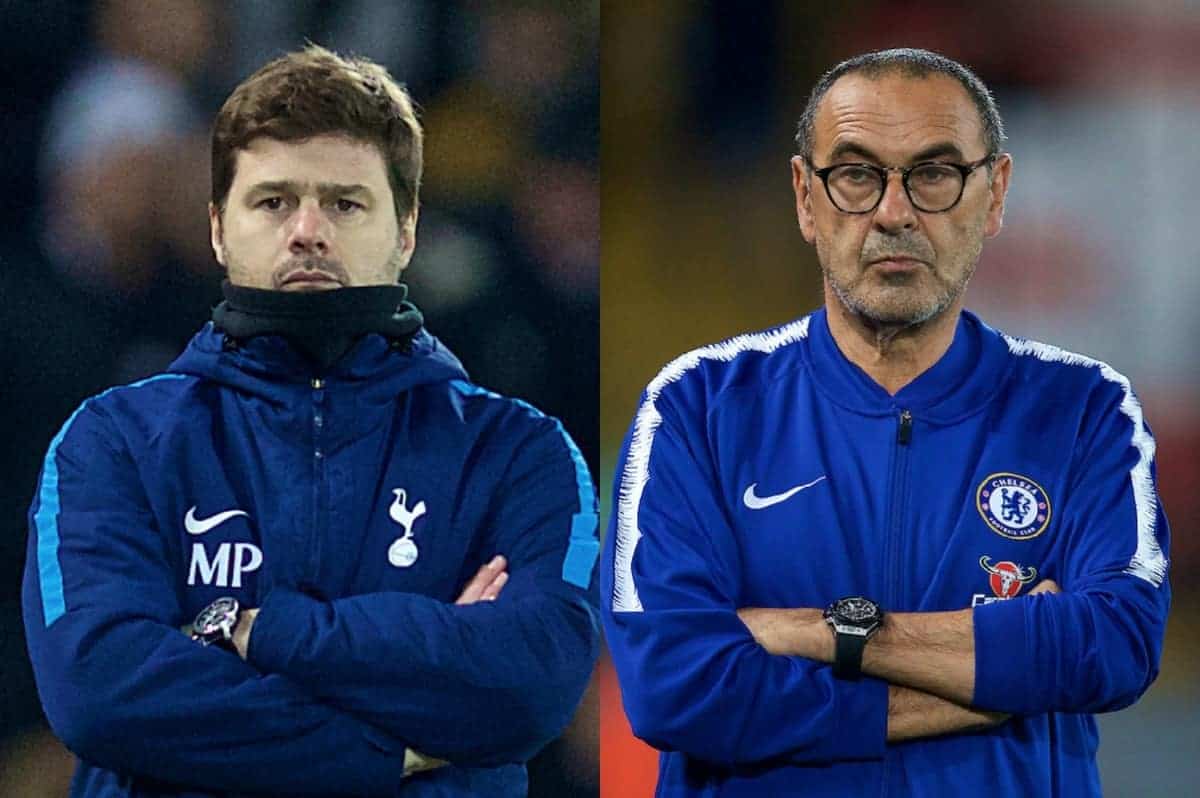 Two of the Premier League‘s ‘big six’ face each other this weekend, with Liverpool and their other rivals also given testing matches.

Jurgen Klopp‘s side are second in the table and two points adrift of leaders Man City, meaning a win is imperative yet again.

There are a host of interesting fixtures taking place over the next three days, as the festive period draws closer.

Here’s a look at the upcoming action.

Brighton have become a solid part of the Premier League, with relegation something that rarely looks on the cards.

The Seagulls host a Leicester side still hurting from recent events and Claude Puel and his players will no doubt be keen to bring the supporters some cheer.

This game is headed for a draw—a result that both managers would probably take.

Cardiff were buoyed by a last-gasp victory over Brighton a fortnight ago—only their second triumph since returning to the top flight.

Neil Warnock’s men make the trip to Everton on Saturday, with Liverpool’s rivals equally content after an impressive goalless draw at Chelsea.

It is difficult to see anything other than a home win here, but then again, Everton are capable of anything on their day.

Two of the league’s real strugglers, Fulham and Southampton do battle having taken a total of 13 points from a combined 24 matches this season.

The hosts actually came away from Anfield with their reputation intact on November 11, but their inability to keep clean sheets—zero in the league—is a major issue.

Southampton head to Craven Cottage having scored just eight times this season and defeat for them could spell the end for Mark Hughes.

Man United‘s supposed mini-revival under Jose Mourinho was swiftly ended by City, with their 3-1 defeat showing just how big the gap in quality is between the two rivals.

United will keep picking up results, though, as will likely be the case this weekend when a struggling Crystal Palace side visit Old Trafford.

It seems odd that Roy Hodgson isn’t under more pressure at the moment, considering Palace’s squad is good enough to finish mid-table.

As it is, the Eagles sit 16th and they will probably be even worse off come Monday morning.

Manuel Pellegrini takes on his former club which will hopefully spur his West Ham team on, as they look to kick on from 13th and head towards the European places.

Sadly, City are too strong to slip up in this, barring an almighty shock, highlighting why Liverpool’s trip to Watford is so important.

The champions look frighteningly good and another victory is to be expected this weekend.

There’s something joyous about being able to sit back and watch two of the Reds’ rivals lock horns, safe in the knowledge that at least one will drop points.

This weekend it’s the turn of Tottenham and Chelsea—two sides with title aspirations but also looking over their shoulders in the top-four battle.

It promises to be a high-octane encounter at Wembley, in a match that is almost impossible to predict.

‘Home’ advantage could work in Spurs’ favour but they have already been beaten by Liverpool and City on their own turf this season.

A draw would be perfect.

Arsenal may be unbeaten in 16 games, but they have dipped slightly of late, drawing their last three league fixtures.

Their limitations have been exposed, in terms of being genuine title contenders, and Sunday’s trip to Bournemouth is a tricky one.

Eddie Howe continues to do a superb job at Dean Court and their sixth-placed position is fully justified, with European football distinctly possible next season.

Arsenal have a knack of edging matches of this ilk, but they are under pressure not to drop more points and the Cherries will fancy their chances.

Wolves may have dropped to 11th in the table, but they are performing to a perfectly respectable standard.

That was highlighted by a point at Arsenal—a game they could easily have won, had it not been for Henrikh Mkhitaryan’s undeserved late equaliser.

The West Midlands outfit are strong favourites to pick up three more points on Sunday afternoon, as they welcome Huddersfield to Molineux.

The Terriers are as likely as anyone to be playing in the Championship next season, with their all-round quality not quite up to scratch.

David Wagner’s men will give it a good go, as ever, but Wolves will be that bit stronger.

We round off the weekend action with arguably the least entertaining meeting of the lot.

Rafa Benitez has quietly turned things around for the Magpies, with two wins and a draw in their last three outings, and victory on Monday would take them three ahead of their opponents.

There will not be more than a couple of goals in this game—it may even end goalless!