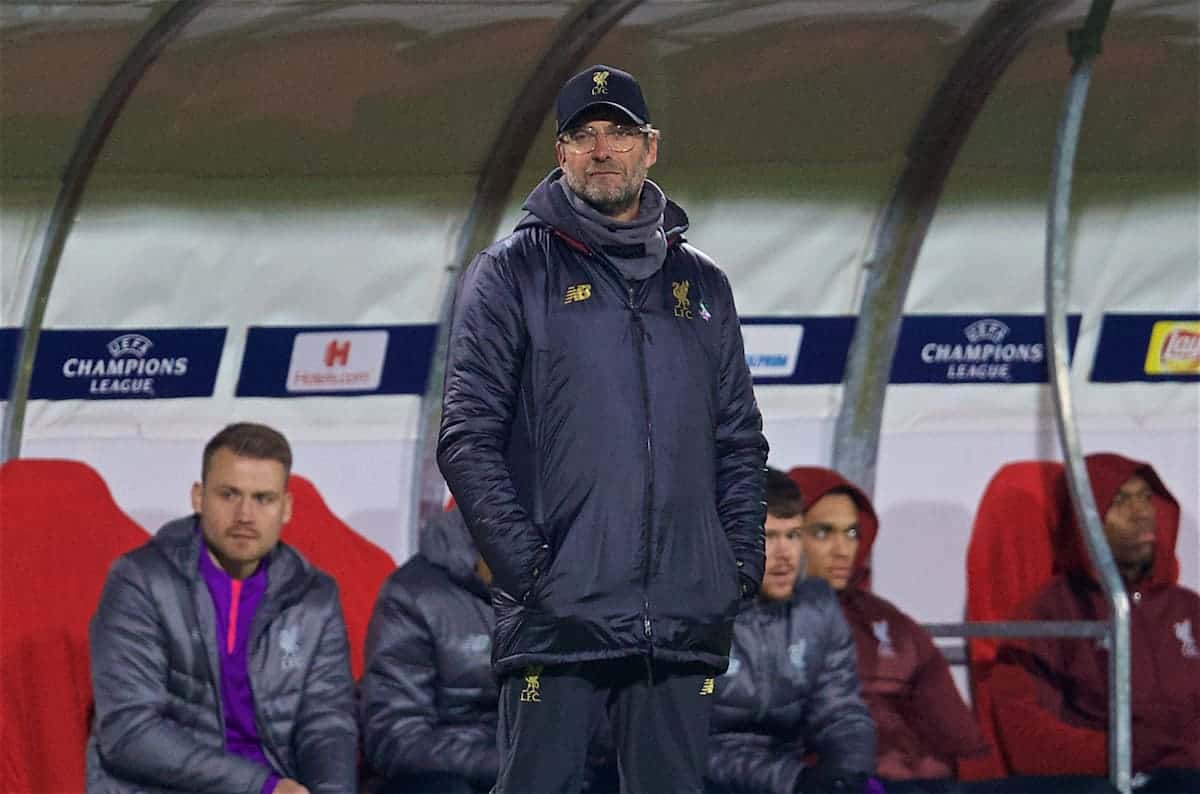 Jurgen Klopp said he didn’t have enough fingers to count the negatives from Liverpool’s performance as they lost 2-0 at Red Star on Tuesday evening.

The Reds arrived in Belgrade on the back of a four-game unbeaten run, including a 4-0 victory over Red Star at Anfield last time out in Europe.

But they were quickly undone by a more ambitious home side, with two goals from Milan Pavkov in the first half putting paid to their hopes of remaining top of Group C.

Few players from Klopp’s squad will leave Serbia with any credit, if any, with the manager clearly frustrated with his side’s display.

“I only have 10 fingers,” he said, when asked if he could ‘put his finger on’ what went wrong.

One thing was clear for the manager, however, in that Liverpool weren’t “surprised” by Red Star’s approach—instead arguing they simply couldn’t get into the game.

“We were not surprised. If you saw the first game, it was similar—it was wild, direct, stuff like that,” he explained.

“In Liverpool we controlled the game and tonight we didn’t.

“We made life a bit too easy tonight for Belgrade, that’s the main problem.

“As I said, they deserved it with the passion they fought [with].

“In the end you have to score goals in a game and if you think about how often we were in the box and around, that’s what you have to do in a game.

“But you have to make the last decision in the right way and we didn’t. That’s why we lost 2-0.”

Having now lost to the worst side in Group C on paper, Liverpool have their work cut out when taking on Paris Saint-Germain and Napoli in their final two games.

Klopp and his squad clearly cannot afford another ‘off’ day like Tuesday if they are to secure progress to the last 16.