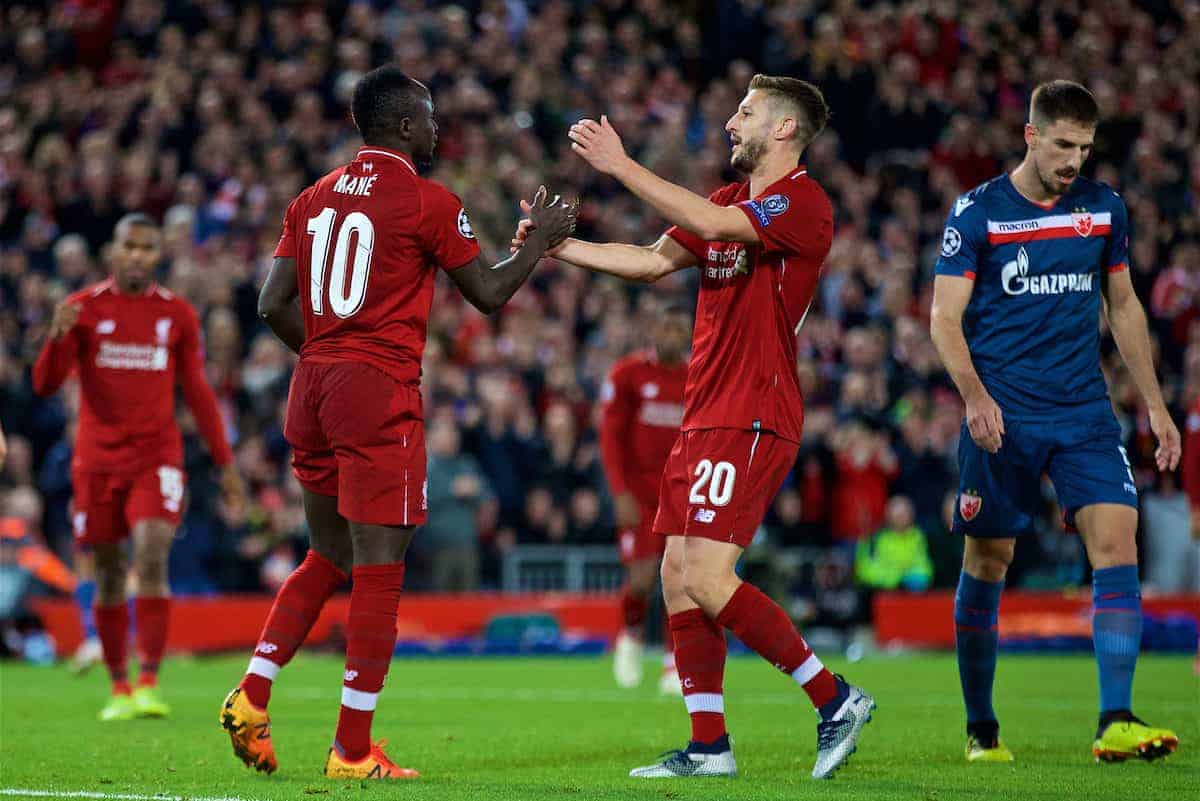 Jurgen Klopp has an interesting selection for Liverpool’s clash with Red Star, with key decisions to make over both system and personnel in the Champions League.

The Reds are sitting pretty atop Group C currently but will want to cement that spot with another vital victory over the Serbian outfit.

Tuesday’s clash is a must-win for Klopp’s side, with three points crucial to maintaining a leading position ahead of two huge closing games at PSG and against Napoli at Anfield.

Klopp will know that more than anyone and should prove just how crucial it is by naming another full-strength side in attempt to secure an important victory.

Here we take a look at how Liverpool could line up for a key match in Belgrade.

Klopp has confirmed his 21-man squad for the trip to Belgrade and the big news is Xherdan Shaqiri has been omitted amid fears of a “distraction” given the attacker’s Kosovan heritage.

Jordan Henderson and Nathaniel Clyne are also missing due to hamstring injury and illness respectively.

More positive news is that Klopp is able to welcome back Naby Keita and Dejan Lovren, who have overcome injuries to boost midfield and defensive options.

Certain Reds will be eyeing a starting role should Klopp freshen up his starting XI.

With Shaqiri unavailable, Adam Lallana presents the go-to option for the advanced midfield role or to enter the attack. 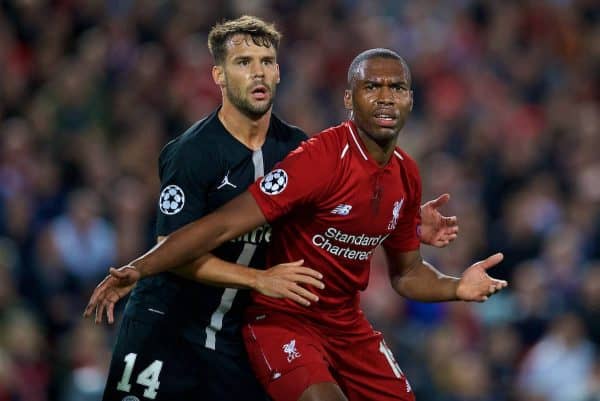 Daniel Sturridge is available and Klopp could consider introducing the England striker to give the out-of-sorts Roberto Firmino a breather.

Once again the main question for Klopp comes in which formation to deploy the Reds—which will therefore dictate how Liverpool line up.

There is no doubt that this is a crucial game for the Reds, with three points an absolute must.

No risks or gambles can afford to be taken and Red Star certainly cannot be underestimated, with the Serbian outfit sure to present an entirely different challenge on home soil.

Only the strongest side possible should be fielded, which—providing 4-3-3 remains—could see Klopp name the same team which started at Arsenal on Saturday.

And it would be no surprise if we see it deployed again, giving the Reds full attacking power but also a hardworking, solid unit for a tough away fixture.

This is how Liverpool would line up on Tuesday night if everything with system and personnel is kept the same: 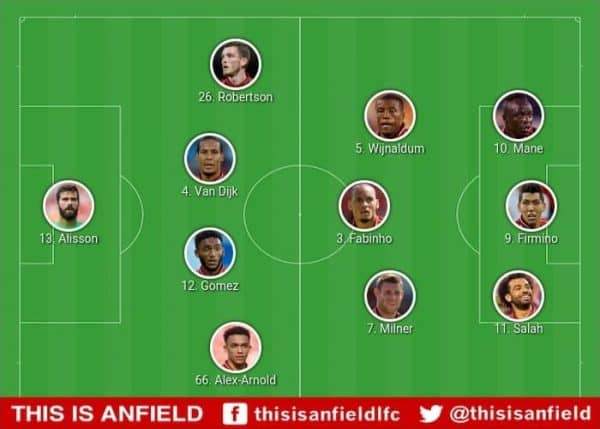 The first meeting between the sides at Anfield just under two weeks ago saw Klopp switch to 4-2-3-1 for the first time this season.

It was a move that paid off handsomely, inspiring the return of Liverpool’s attacking excellence and a comfortable 4-0 victory which could and should have been more.

With that in mind, Klopp could revisit the blueprint that worked so well at Anfield in Belgrade.

Shaqiri’s absence is frustrating here, but would mean Lallana comes in on the right to complete Mohamed Salah’s supporting cast alongside Firmino and Sadio Mane.

Fabinho and Gini Wijnaldum would again operate as the controlling and combative ‘double six’, with James Milner making way for Lallana to start in the altered setup.

Balancing out the increased attacking threat will be key, and Klopp could do so by opting for greater experience in defence on what will be a hostile night.

Lovren could come into the back four in place of Trent Alexander-Arnold—who had a tough night at the Emirates—to partner Virgil van Dijk, with Joe Gomez shuffling over to right-back: 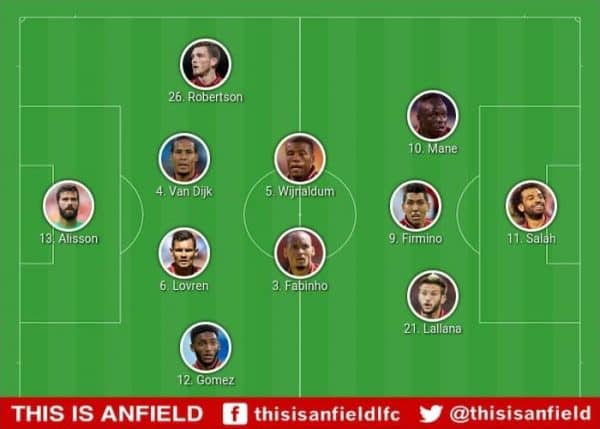 Which way Klopp decides to go remains to be seen, but one thing for sure is that both lineups offer strong selections which should be good enough to bring a vital three points back to Merseyside.