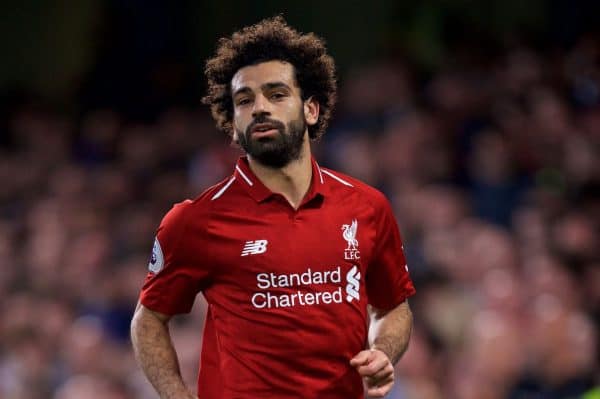 Liverpool eased to a 2-0 victory at home to Fulham on Sunday, with a number of positive statistics arising from the game.

The Reds didn’t always impress at Anfield, with a patchy first half seeing Aleksandar Mitrovic having a header ruled out for offside.

Mohamed Salah opened the scoring seconds later, following a ruthless counter-attack, before Xherdan Shaqiri sealed the win early in the second half.

Chelsea‘s goalless draw at home to Everton does mean the Reds are now second, however, going into the final international break of the year.

Here are five of the best statistics from the Fulham match, following another Liverpool win.

Klopp’s side earned yet another home clean sheet in the league, making it five from six games so far this season.

The Reds may not be firing on all cylinders in attack, but they have become one of Europe’s most defensively-sound units.

On top of that, this is now Liverpool’s joint-highest points total 12 games into a Premier League campaign—the same as 2002/03.

Salah took his goal in typically calm fashion, on a day when he looked sharp throughout.

The 26-year-old’s strike took his Premier League tally under Klopp to 38, meaning nobody has scored more with the German at the helm.

Salah has now drawn level with Roberto Firmino in that regard, with the Brazilian going through a lean spell—his last goal came against Tottenham on September 15.

Andy Robertson‘s performances haven’t always seemed as eye-catching in 2018/19 as they were last season, but the stats suggest otherwise.

The Scot was excellent on Sunday, particularly in the second half, with his perfectly weighted cross allowing Shaqiri to make it 2-0.

It was Robertson’s sixth assist this season in the Premier League and Champions League combined—more than any other Liverpool player.

The rumoured new contract set to be coming his way is richly deserved.

Alisson has made a strong start to life at Liverpool, bringing the kind of authority and consistency that Virgil van Dijk has in front of him.

Barring one poor attempt at a save against Fulham, it was another solid day at the office for the Brazilian, who recorded his seventh clean sheet in the league already.

That draws him level with Man City‘s Ederson in the clean-sheet charts, after Anthony Martial slotted a penalty past him in the champions’ Manchester derby win.

Can Alisson win the Golden Glove award in his first season at Liverpool?

A Liverpool home game wouldn’t feel normal these days without the hosts not being given a penalty.

Admittedly, there were no stonewall appeals against Fulham, but the lack of a spot-kick means an unwanted record has now been achieved.

It is a whopping 378 days since Liverpool were last given a league penalty at Anfield—their longest run without one in the top-flight for 16 years.

The last home penalty came in the 3-0 win over Huddersfield Town on October 28, 2017, with Salah seeing his effort saved.

When will the barren run finally come to an end?