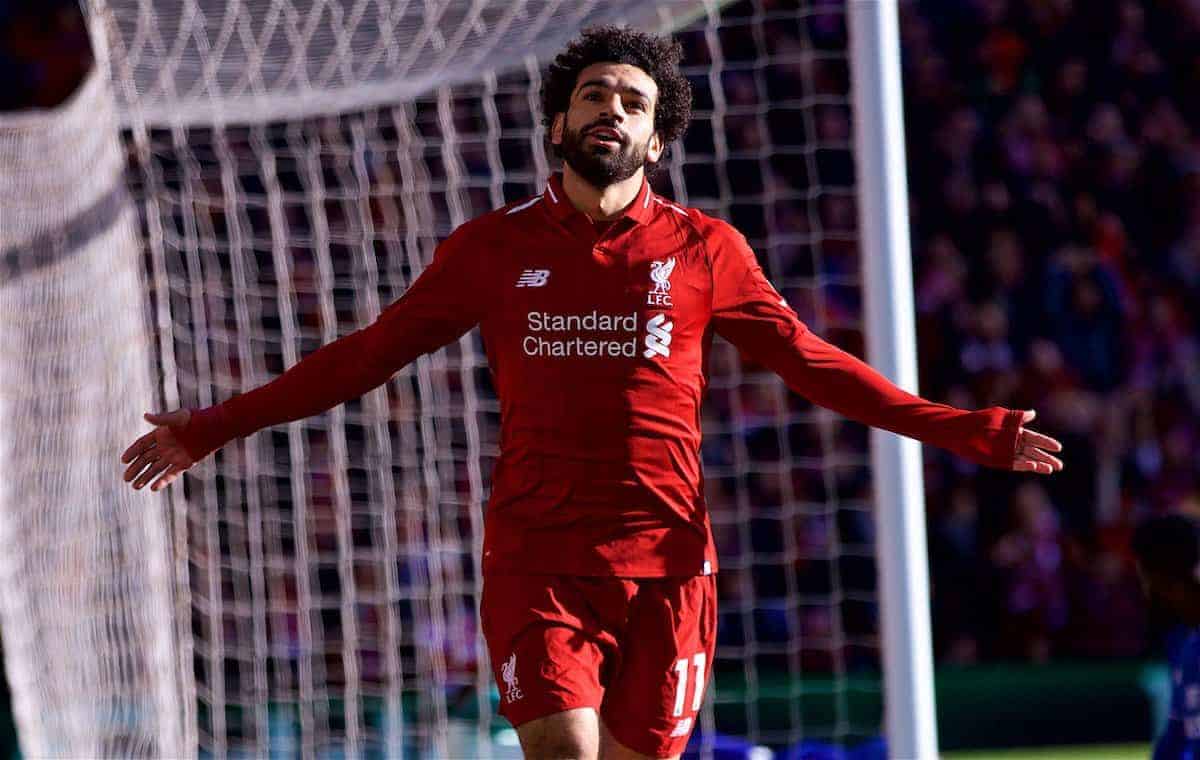 Liverpool host Fulham on Sunday looking for a response after their midweek disappointment, and a return to the top of the Premier League.

The Reds were dire in Tuesday’s 2-0 loss at Red Star, producing one of the worst showings of Jurgen Klopp‘s tenure.

It was a result that nobody saw coming but one that must quickly be consigned to history.

Liverpool couldn’t have asked for a kinder fixture to come their way this weekend, with a beleaguered Fulham side making the trip north.

Slavisa Jokanovic is on the verge of the sack after a poor start to the season that has seen them earn one win, amass five points and concede 29 goals in 11 games.

This is a good chance for Liverpool’s attack to gel and for new signings to prove their worth, with Klopp’s side going top of the table, albeit probably briefly, with a win.

Klopp has suggested he has no injury problems to worry about, confirming Joe Gomez (Achilles), Jordan Henderson (hamstring) and Naby Keita (hamstring) are all fit to feature.

The manager is likely considering several alterations, so don’t expect to see an unchanged starting lineup on Sunday.

An out-of-form Trent Alexander-Arnold could make way at right-back if Gomez is able to start, with Dejan Lovren or Joel Matip an option alongside Virgil van Dijk.

Fabinho may return to the side after being left out in midweek, with Keita also pushing hard for his first start since leaving the field early away to Napoli five weeks ago.

Xherdan Shaqiri was left at home for political reasons during the week and will be raring to go, while Roberto Firmino should replace Daniel Sturridge up front.

Joe Bryan is Fulham’s only absentee, with the left-back suffering from a hamstring problem. Midfielder Kevin McDonald is a doubt.

Last 5 at Home to Fulham (All Competitions) 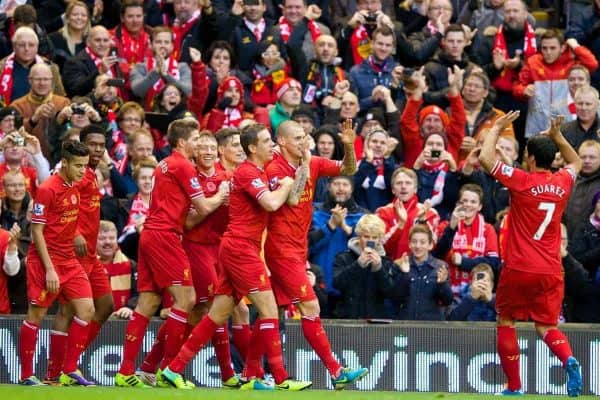 Fabinho and Keita are still yet to start a Premier League game together, having arrived with huge reputations in the summer.

A combination of injuries, form and adjusting to life at Liverpool have all played a part, but they now need to go up a gear.

Will the pair both start on Sunday?

Speaking in his press conference on Friday, Klopp was positive about Liverpool’s start to the Premier League season, saying certain elements are clouding the situation:

“The Premier League season so far has been really successful for us but it doesn’t feel like that for two reasons: the lack of free-flowing football and the fact that Man City and Chelsea are so strong.

“We are really ambitious and we want to take whatever we can get.

“We have 27 points. We win a game and then we have to say sorry for not winning it in a Man City way, I get it.”

Chris Williams is in the hot-seat for This is Anfield’s live blog from 11.15am, providing you with pre-match content and regular updates throughout the game.