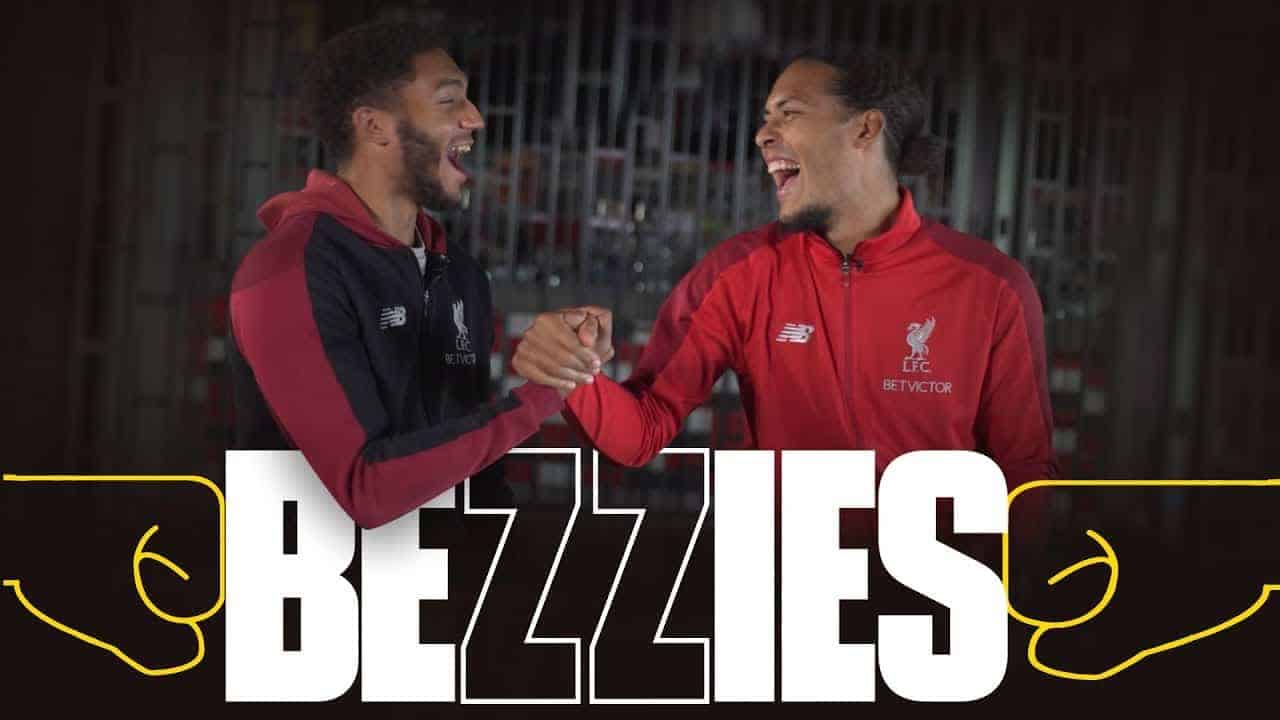 Joe Gomez and Virgil van Dijk have been a great on-pitch partnership for Liverpool this season—and this brilliant video showcases the bond the likeable duo have off the pitch!

Gomez has seized his chance to play at centre-back this term in style, being one of the Reds’ best performers so far.

Alongside him, Van Dijk has been his usual excellent self, inspiring others and being voted the club’s third-choice captain by his team-mates.

Between them they’ve helped the Reds improve immeasurably on their defensive record—and clearly the bond between them extends well beyond the full-time whistle.

That’s the only conclusion we can draw after watching this hilarious video, the latest instalment of the ‘Bezzies’ theme from LFCTV.

Gomez admits that he looks up to Virgil and says the duo have “good chemistry,” while for his part the Dutch international claims they clicked immediately and that’s visible in performances.

The duo get to answer questions about each other—with Van Dijk claiming Gomez looked “a bit fat” when he signed for the Reds from Charlton!

We also get to hear such revelations as where Van Dijk initially played, Gomez’s middle name and who takes longest to get ready after training, with that particular answer hotly disputed!

There’s also question marks over Joe Gomez‘s locker at training, Virgil’s haircare regime and just why the No. 12 seems to be being handed much easier questions to answer!