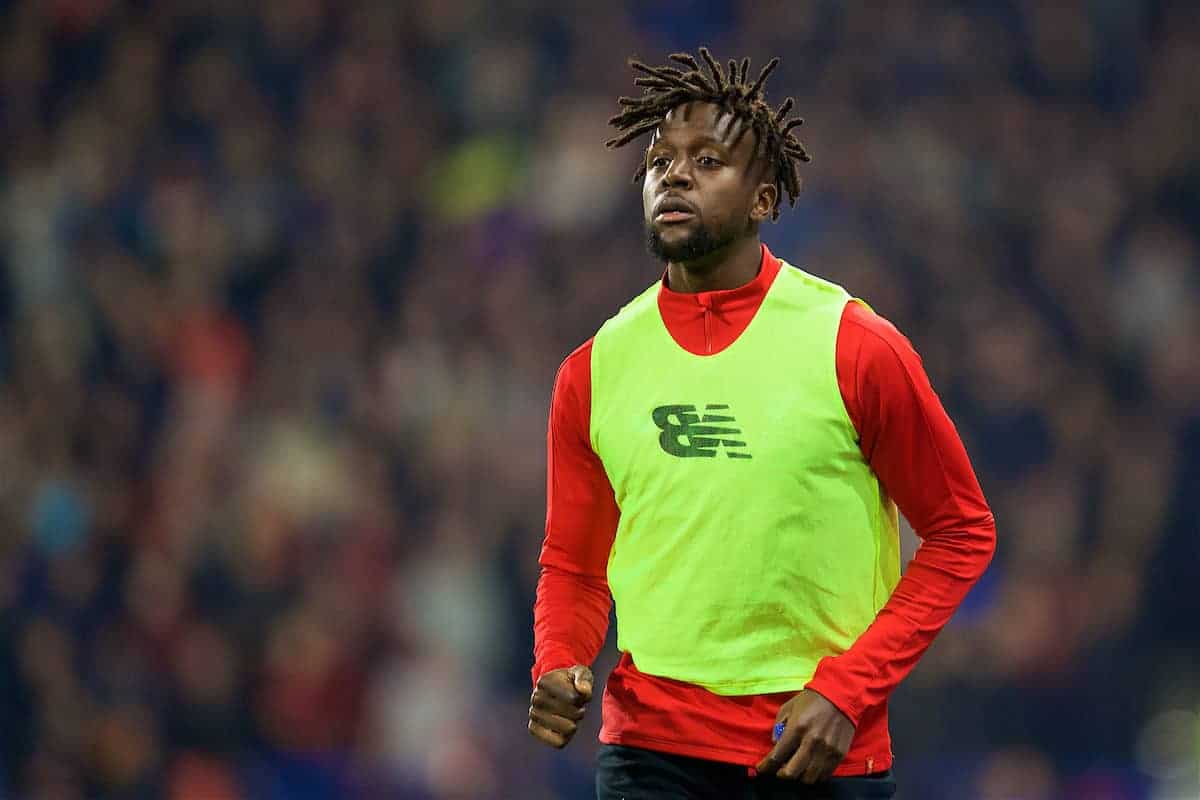 Divock Origi is reportedly in line for a start as Jurgen Klopp rings the changes at Burnley, having sealed Liverpool’s victory in the Merseyside derby.

Origi replaced Roberto Firmino with six minutes left of the 90 at Anfield, and produced an energetic display that saw him hit the post after winning a corner.

His defining impact came deep into stoppage time, however, when he took advantage of Jordan Pickford’s error to head home and secure a 1-0 win.

It was an unlikely intervention from the Belgian, in his first Premier League outing since the final day of the 2016/17 campaign, but now he is due to be rewarded.

According to the Mail‘s Dominic King, Origi is set to take the injured Sadio Mane‘s place in the starting lineup at Turf Moor.

Mane is suffering from a “really awful cut on his foot,” as Klopp told reporters on Tuesday, and with Liverpool in the midst of a busy period it would be wise to allow him to recover.

With Burnley sitting 19th in the table heading into Wednesday’s clash, this is arguably the best opportunity for rotation ahead of two big games against Napoli and Man United next week.

King adds that Alberto Moreno is “likely to come in,” with Andy Robertson also struggling for fitness, while it could be that Joel Matip, Dejan Lovren, Naby Keita and Daniel Sturridge are all considered.

It remains to be seen whether Origi is brought in as a like-for-like replacement for Mane on the left wing, as his best role is as the central striker.

Speaking at his pre-match press conference, Klopp lavished praise on the 23-year-old, describing his derby goal as “a wonderful example for making yourself ready for the moment.”

“It was such an important thing and so nice,” he said.

“That’s football as well, sometimes things change in a second in the wrong direction, and sometimes in the right direction.

“He played for about 10 minutes and had three really good situations—the turn and run on the right-hand side with a good cross for Daniel [Sturridge], then the shot that hit the crossbar and the goal.

“He deserved it, so it’s a really nice story.”

Starting against Burnley would mark a significant change of fortunes for Origi, who spent last season on loan with VfL Wolfsburg and turned down a £20 million move to Wolves in the summer.

His contract with Liverpool expires in 2020, and it seemed as if his time at Anfield was drawing to a close.